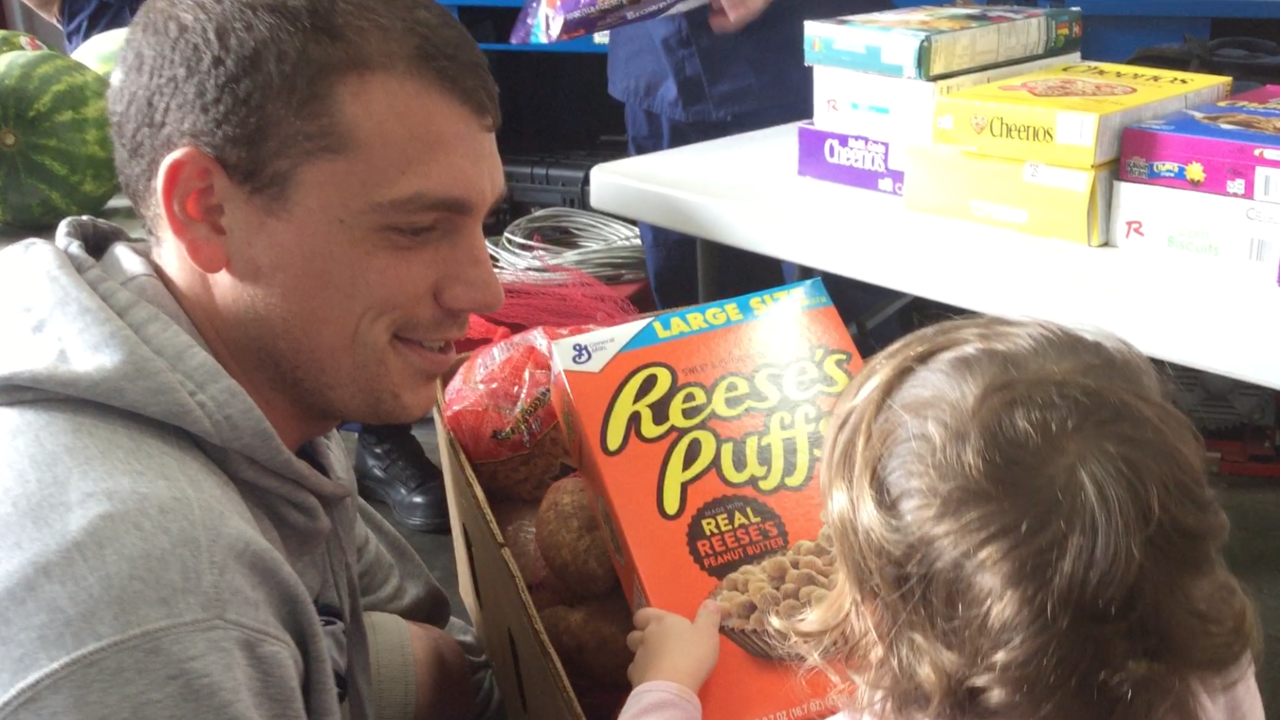 NATIONAL CITY, Calif. (KGTV) - Coast Guard personnel and their families who haven’t had a paycheck since December welcomed aid Wednesday from the San Diego Food Bank.

The group distributed more than seven tons of groceries to hundreds of people at a military site in National City, according to spokesman Chris Carter.

42,000 active-duty Coast Guard personnel and 8,000 civilian employees were deemed essential to work when the partial government shutdown started Dec. 21. The Coast Guard is a branch of the military but receives funding from the Department of Homeland Security, which is affected by the shutdown, Carter said.

Among the items handed out to families were diapers, which can be a painful expense. Carter said a monthly supply of diapers usually costs $80.

Anyone who needs food assistance is encouraged to contact the San Diego Food Bank online or through 211, the county’s social services hotline.