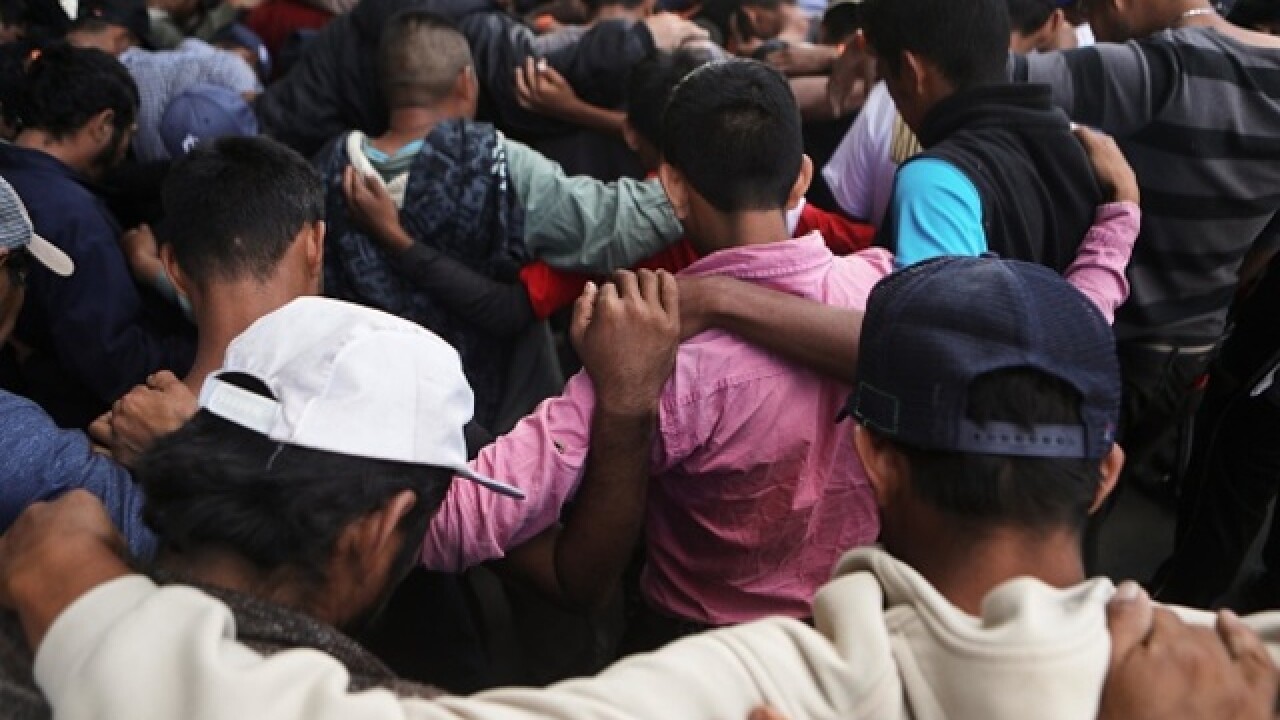 Copyright 2018 Scripps Media, Inc. All rights reserved. This material may not be published, broadcast, rewritten, or redistributed.
Mario Tama

SAN DIEGO (CNS) -- A San Diego federal judge granted asylum seekers access to attorneys as they navigate proceedings to enter the United States after expressing fears of being returned to Mexico.

U.S. District Judge Dana Sabraw ruled Tuesday that migrants at the border may consult with lawyers during their "non-refoulement" interviews, during which they must express why they would face persecution or harm if they are returned to Mexico.

Sabraw previously ruled that a Guatemalan family at the heart of the case -- who alleged they had been assaulted numerous times at gunpoint on their way to the U.S. -- be provided access to legal counsel, but Tuesday's ruling expands attorney access to all people detained in U.S. Customs and Border Protection custody awaiting non-refoulement interviews.

"Given the stakes of a non-refoulement interview -- the return to a country in which one may face persecution and torture -- and the interview's fact-intensive nature, it is undeniable that access to counsel is important," Sabraw wrote in his ruling.

The case is one of several filed in San Diego federal court regarding the Trump administration's "Migrant Protection Protocols" or "Remain in Mexico" program, a policy keeping asylum seekers out of the U.S. while they await the conclusion of their immigration proceedings.

Migrants such as the Guatemalan family of seven have argued they are not safe waiting in Mexico for their case to be resolved. Though the family was successful in its non-refoulement interviews and released to the United States late last year, the ACLU Foundation of San Diego and Imperial counties alleges that more than 60,000 asylum seekers have been forced to wait in Mexico until their cases are processed.

"The decision requiring the government to allow people in U.S. Customs and Border Protection custody to consult with their attorney is a victory for the right to counsel, the fight against (Migrant Protection Protocols) and for people seeking asylum in the U.S., but forced to remain in Mexico despite fear of being there," said Monika Langarica, ACLUF-SDIC immigrants' rights staff attorney.