San Diego could lose a congressional seat after the 2020 Census, expert says

California could lose up to two seats 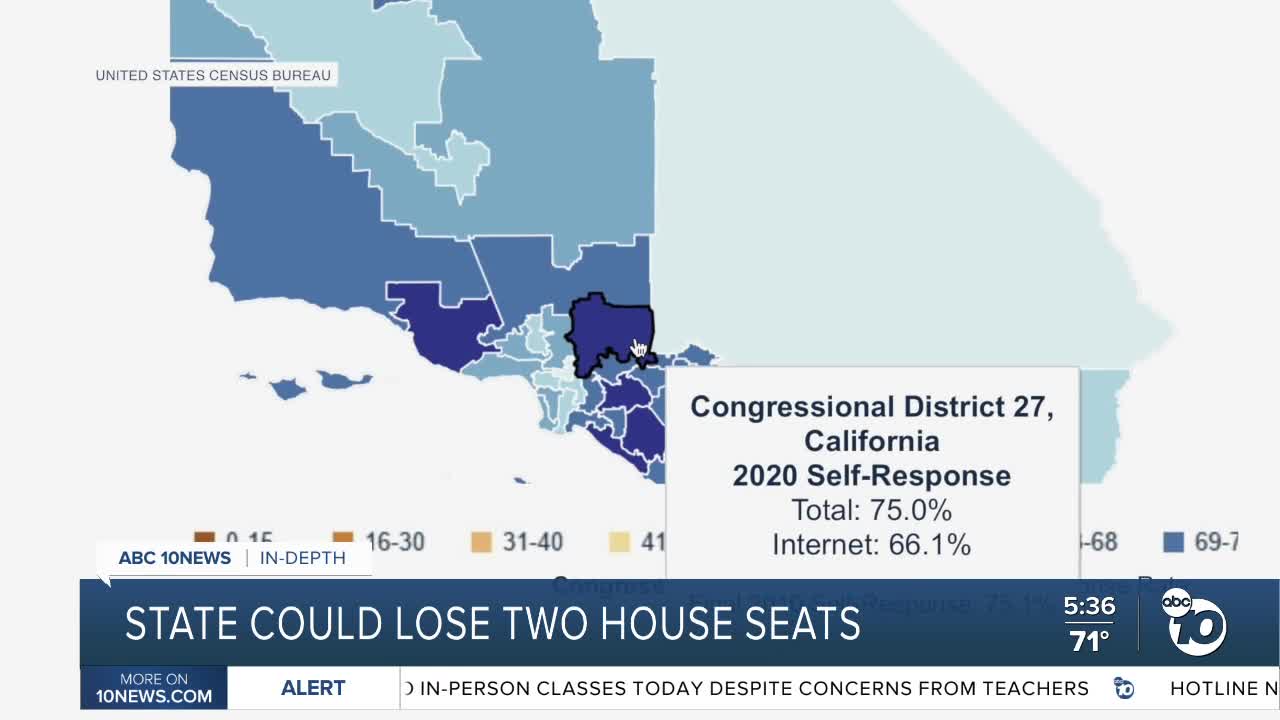 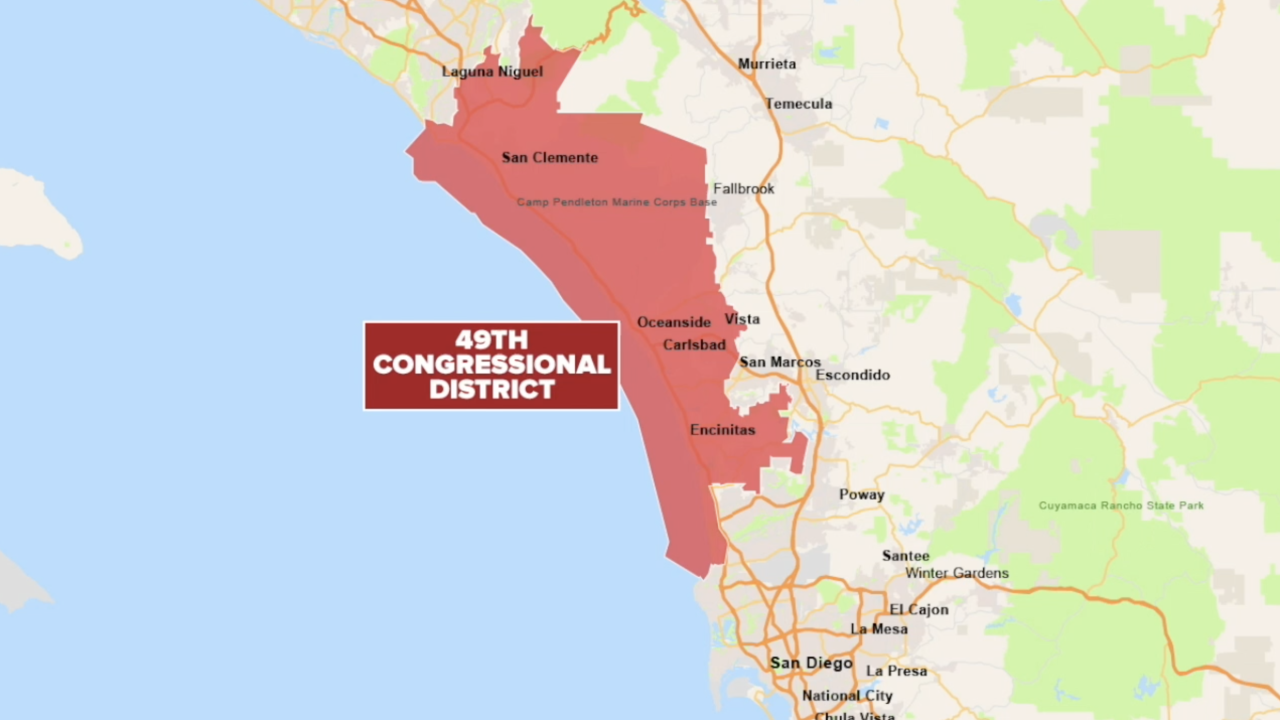 SAN DIEGO (KGTV) — It’s something that has never happened before and could have long-lasting political impacts.

Experts are projecting California will lose at least one congressional seat, and possibly two, once the 2020 Census numbers are finalized. The Census officially ended last week.

If the outside projections are correct, it would be the first time ever that California’s political voice will shrink, and San Diego County is one of the most likely regions to have its representation diminish, according to Douglas Johnson, a researcher at the Rose Institute at Claremont McKenna College.

“That would mean we have two less votes in D.C. when there are votes on which state should get transportation dollars or what should be water policy or anything like that,” Johnson said.

It also means California could drop from 55 votes to 53 in the Electoral College, giving the Golden State less influence in future presidential elections.

“We can see that area is way short of the population for where it should be to justify the number of seats it has,” he said.

Predicting the second seat on the hypothetical chopping block is trickier, he said.

It could get carved out of the agriculture-rich Central Valley. But Johnson thinks the more likely scenario is that a seat in Northern San Diego County could be absorbed, in an area covering Solana Beach, Vista, Carlsbad, Oceanside and into southern Orange County.

“The district in the middle is the 49th, and so it's the most likely to get squeezed,” he said.
Ultimately, it will be up to the California Citizens Redistricting Commission to redraw the lines, a group created in 2010.

They come up with crazy shapes because each district must have an equal population -- within one person -- based on interpretation from the Supreme Court. There are also federal requirements under the Voting Rights Act to group minorities together to ensure they have representation.

“It's far too early to discuss any changes to the District,” Levin said in a statement.

There are still many unknowns. The latest data, from a company called ESRI, came from before the pandemic and showed California holding on to the second seat by a margin of less than 3,300 people.

“Keep in mind, talking about 3,000 people in the context of a 40-million population estimate is a tiny, tiny fraction,” Johnson said. “The slightest undercount from the Census could trip us into losing that second seat.”

The two states in line to take the seat are Arizona and Minnesota.

Johnson said it’s hard to gauge how the pandemic could affect the count because the Census is a zero-sum game: it only matters if states are affected disproportionately.

Both California and Arizona have similar “hard to reach” demographic groups, but Minnesota does not.

“That's actually why I think Minnesota is a bigger threat to take our seat,” Johnson said.

Minnesota had the highest self-response rate in the country, meaning Census workers had fewer people to find through follow-up efforts.

California’s new Congressional districts will be in place for the elections in 2022.