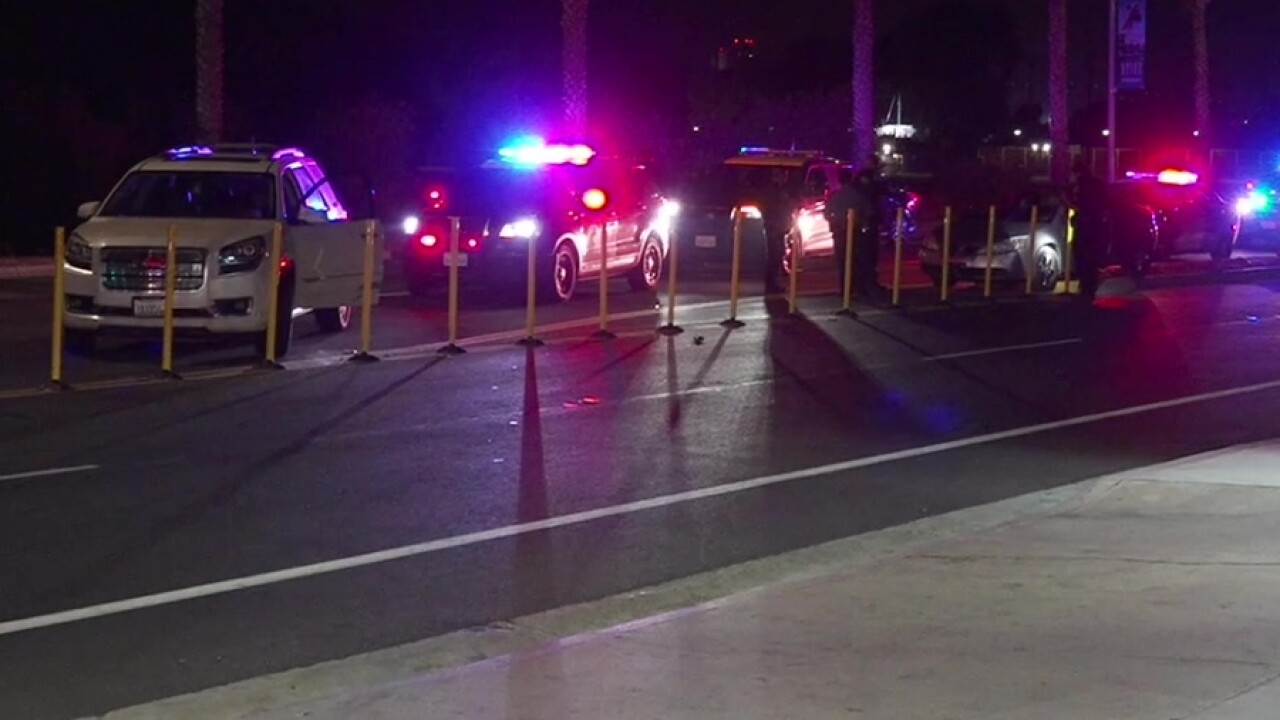 SAN DIEGO (KGTV) -- Police are looking into an apparent road rage-related chase and collision involving two women that spanned the length of Interstate 8 between Mission Valley and Ocean Beach.

Officers said the women were traveling more than 100 mph on westbound I-8 in Mission Valley before they exited in the Ocean Beach area.

When both women got to Sunset Cliffs Boulevard, police said the driver of a silver car rammed the other driver’s white SUV several times. The SUV then forced the other car to collide with a center divide.

The SUV’s driver got out of her vehicle and confronted the other driver; she reportedly told police she pepper-sprayed the silver car’s driver because she became aggressive.

ABC 10News learned the pepper sprayed driver told police that she and the other woman were dating the same man.

However, the SUV’s driver claimed she did not know the silver car’s driver.

There is no word if anyone was arrested, as police are still trying to sort out the details.