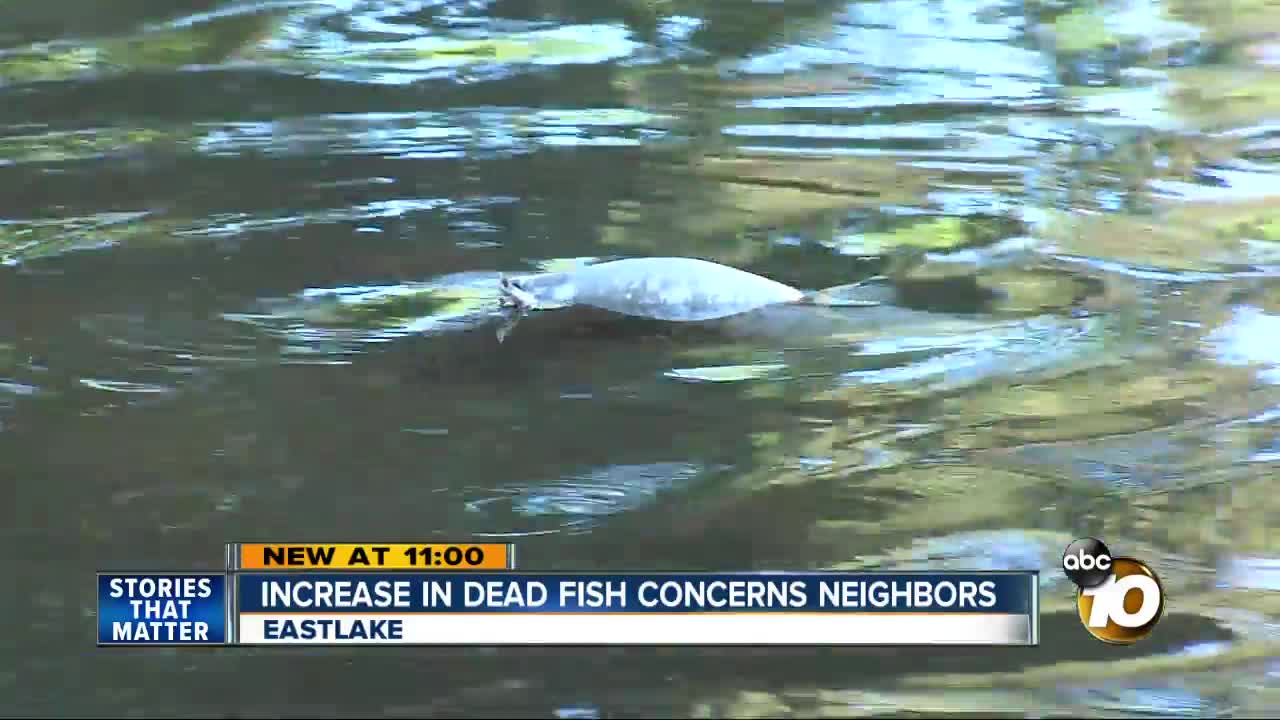 Residents in Chula Vista’s Eastlake community are worried about the growing number of dead fish that have washed ashore in recent weeks.

CHULA VISTA, Calif. (KGTV) – Residents in Chula Vista’s Eastlake community are worried about the growing number of dead fish that have washed ashore in recent weeks.

The path around the lake off Lakeshore Drive is a popular spot to walk or run, but lately, it’s been anything but pleasant.

“The smell is kind of upsetting. It’s a little uncomfortable to run around and see it,” resident Luis Vasquez said.

A resident shared an email from the homeowners’ association with 10News, and in the letter, management says a water main break occurred in August and it is believed that incident could have pushed tons of soil and other potentially harmful material into the lake.

The HOA also says the dead fish could be connected to temperature changes. Oxygen tests came back normal, but management says they are still waiting on results of a water quality test.

While the water seems to only be causing harm to the fish in the lake, pet owners say they’re not taking any chances.

10News attempted to contact the HOA on Monday evening, but their offices were closed.