Report: SDSU admitting more students from out of California 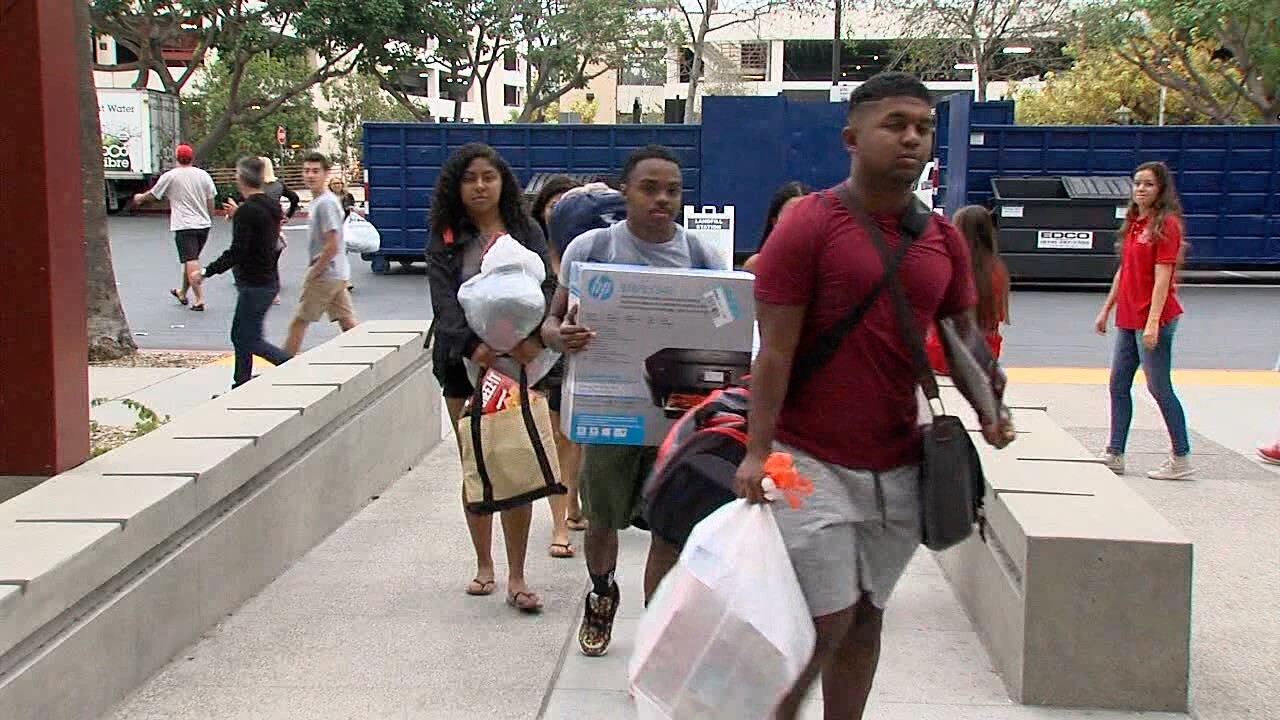 Copyright 2019 Scripps Media, Inc. All rights reserved. This material may not be published, broadcast, rewritten, or redistributed.
Students move into dorms at San Diego State University on Aug. 22, 2019

SAN DIEGO (KGTV) - More than 700 underclassmen moved into dorms at San Diego State University Thursday, and a new report says a growing number of them are from out of state.

A new analysis by USA Today says 78 percent of SDSU's incoming freshman were from California students in 2017. That compares to 88 percent in 2012.

Out-of-state students pay an extra $11,880 in tuition each year.

"The cost is definitely a part of it, but, just, Florida isn't as appealing. Too hot, too humid," said Jackson Noye, an incoming freshman from Jacksonville. "Nothing can really beat San Diego."

While freshman admission may be getting more competitive, many times students have a better chance of getting in to their top choice as a transfer.

Rob Franek, editor and chief of the Princeton Review, said in addition to having solid test scores and a high GPA, students can set themselves apart by showing their desire to go to their top choice. In other words, get in touch with admissions counselors and attend university events.

Franek said many of those interactions can be tracked by universities over time.