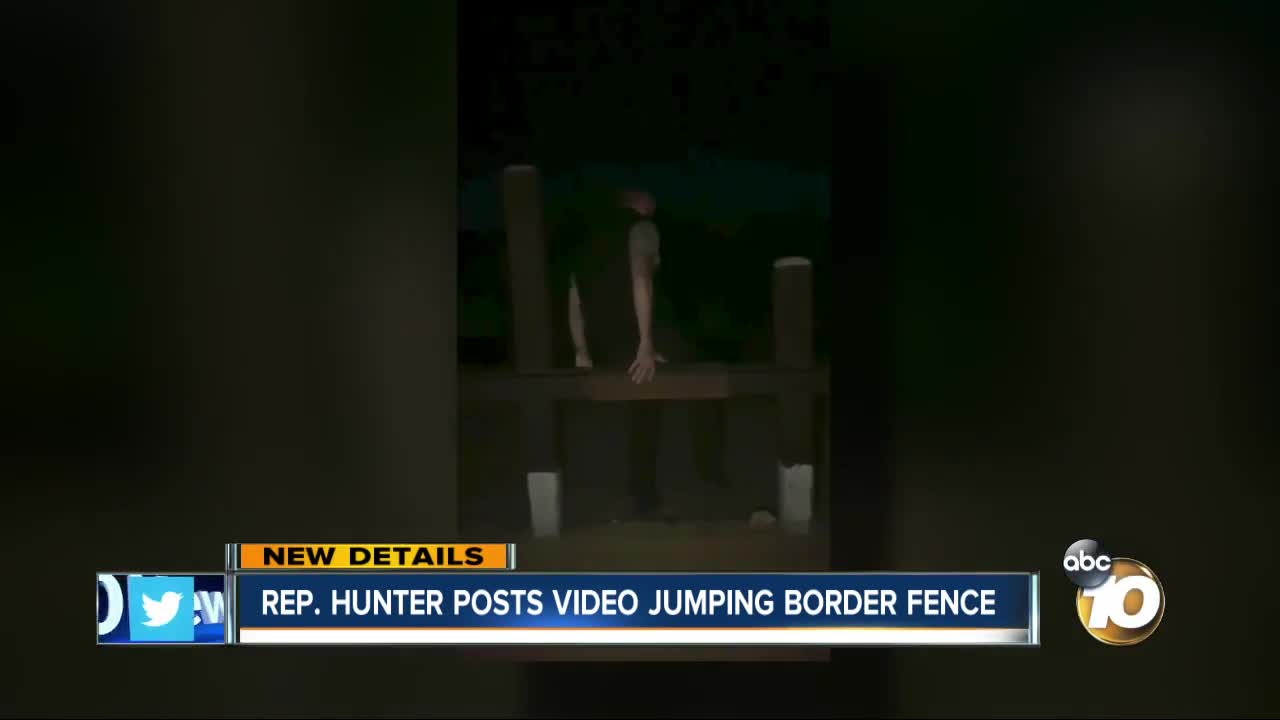 A video posted by Rep. Duncan Hunter caused confusion Thursday, after the indicted congressman showed off how easy it was to cross the border in Arizona.

YUMA, Ariz. (KGTV) - A video of Rep. Duncan Hunter jumping over a border fence in Arizona was targeted by his political rival, Ammar Campa-Najjar.

In the video posted to Twitter, Hunter climbs over a metal barrier, exclaiming, “that’s how easy it is to cross the border into Yuma, Arizona.”

But did he actually cross into Mexico?

The congressman is currently awaiting trial after he was indicted on multiple federal charges related to campaign finance violations. While out on bail, he is not allowed to leave the country.

“Stop getting yourself in trouble by saying you’re in Mexico,” wrote Campa-Najjar on Twitter.

“I had a couple of voters reach out to me and ask, ‘did he just cross the continental U.S. and violate his release agreement with the judge?’” Campa-Najjar told 10News.

However, a spokesperson for Hunter said he never left the country. The barrier that he was climbing over was a vehicle barrier built on U.S. soil. The actual border in that area is bound by the Colorado River that was farther behind Hunter in the video.

“Physically, there is no barrier,” said Michael Harrison, Duncan Hunter’s spokesperson. “They are able to get across the river.”

Depending on the time of the year and the location, the river can be easily traversed according to Border Patrol in Yuma, which say they apprehended 750 migrants who crossed the river last week seeking asylum.

But Campa-Najjar argued the confusion over the video was warranted.

“Doing what he did did nothing to clarify the situation or make it better. He just embarrassed himself is all he did,” said Campa-Najjar.