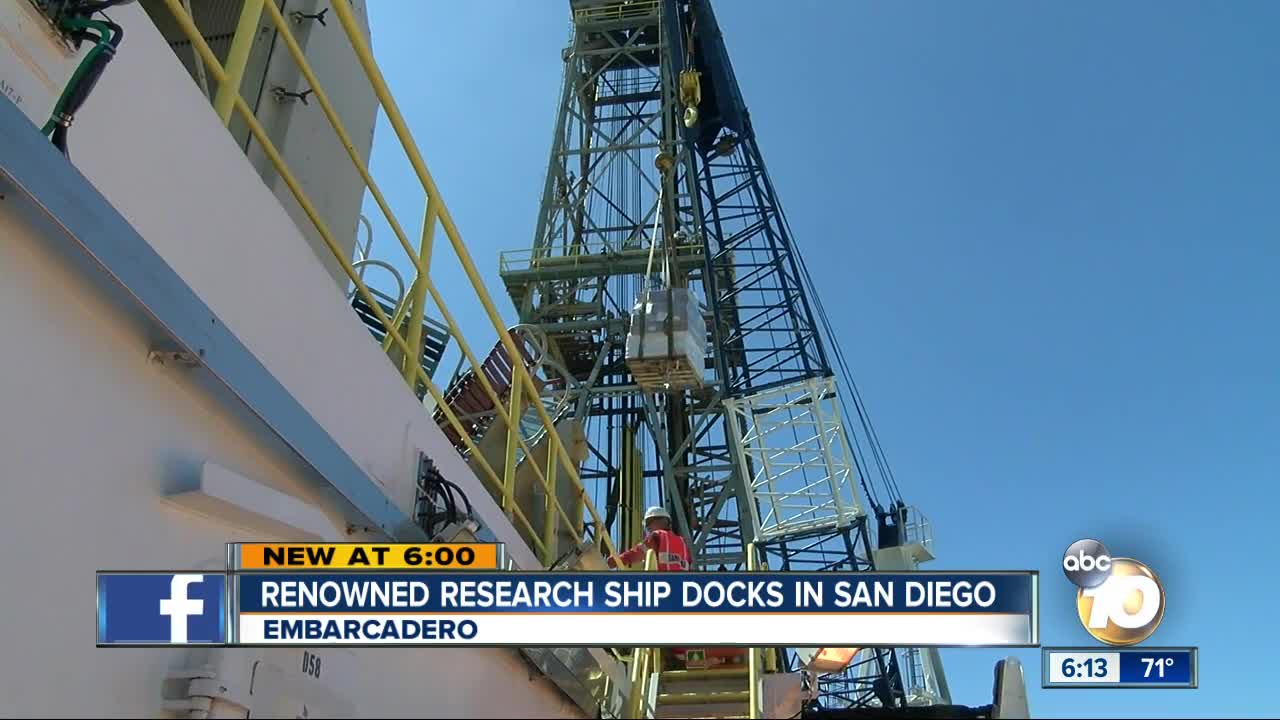 Anyone who’s been to the Embarcadero in the last few months may have noticed a unique ship docked at the B Street Pier.

SAN DIEGO (KGTV) - Anyone who’s been to San Diego’s Embarcadero in the last few days may have noticed a unique ship docked at the B Street Pier.

The JOIDES Resolution Research Vessel is a world-renowned scientific research ship, and it is the first time it’s been docked in the U.S. in 10 years.

The ship is only going to be in San Diego for a few days before going back out to sea for another two months.

“I've built my career around this ship; it's an old friend,” said Professor Richard Norris with the Scripps Institution of Oceanography.

Norris has conducted six research projects on the vessel, studying what lies deep below the ocean floor.

"We really don't know what the limits of life are. How deep can it go? How hot can it go? How acidic can it be? What are the conditions in which life finally just gives up and says we're done?” Norris pondered.

The ship is docked in San Diego before heading to the next project in the Gulf of California.

Norris said the research is critical for a number of scientific topics, including climate change.