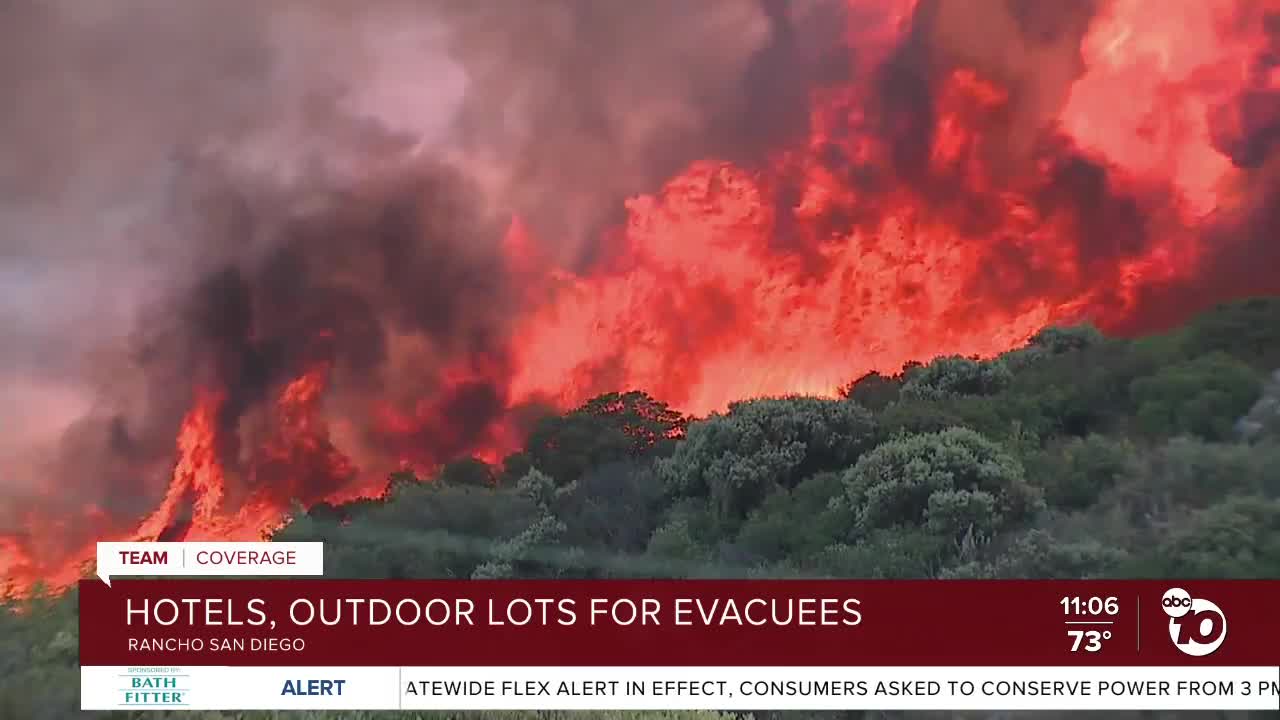 Red Cross evacuation centers typically provide indoor shelter, but amid a pandemic, sites are acting as a resource center for Valley Fire evacuees. 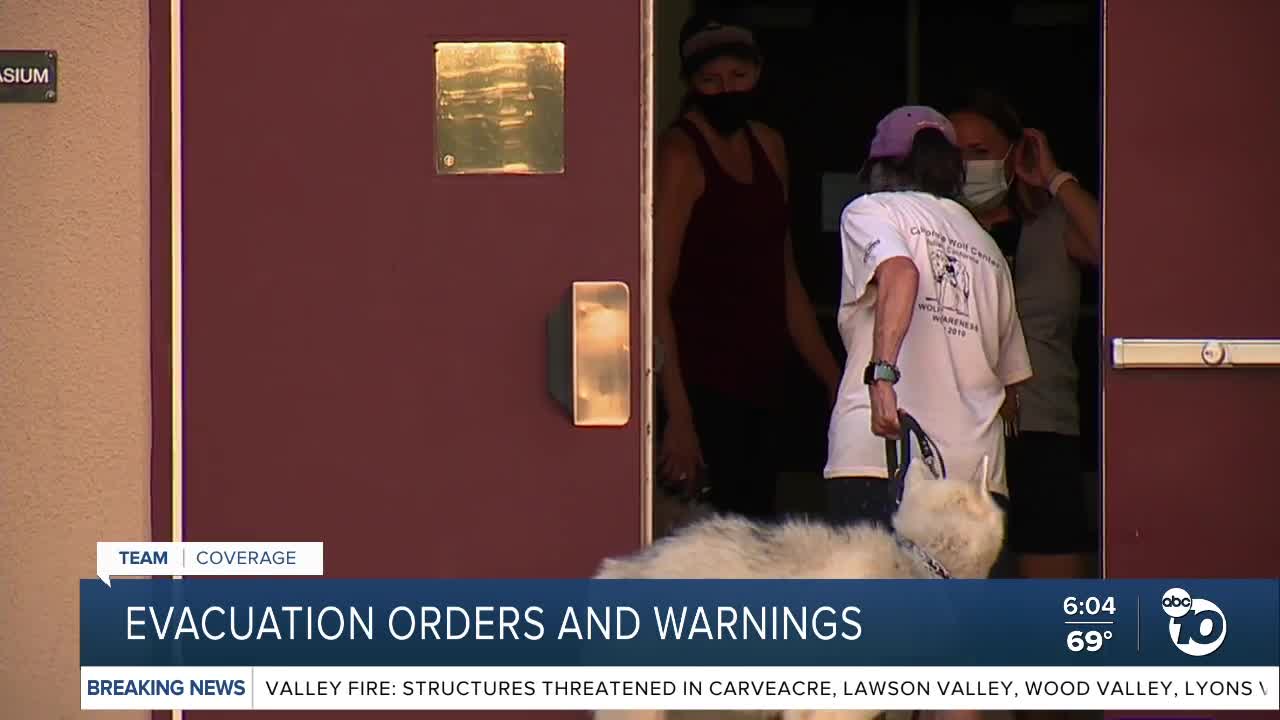 SAN DIEGO (KGTV) -- Steele Canyon High School is one of two evacuation sites run by the American Red Cross for people affected by the Valley Fire, but they're not housing people like they normally would. Instead, they're acting as a resource facility for families like the Roberts'.

"Mine was one of the only houses in the neighborhood that went up," Alana Roberts said. Her weekend was turned upside down when she got word of the Valley Fire, which went from 100 to more than 10,000 acres in less than 48 hours, claimed her home. "I was in Oceanside and we raced to get in and as soon as we were in our truck, cops said 'you need to go now'", Roberts recalled.

She was able to gather just a few belongings. "It was me and my husband who went in and grabbed what we could and let animals free. I had chickens and I couldn’t get them all."

And now, she's one of the dozens of people seeking relief and a place to sleep at one of American Red Cross' evacuation sites.

"Someone gave me dog food, food for the kids, and we have the restrooms so we can kind of wash up." These sites typically provide shelter for families seeking relief, this time around, they couldn't.

"Outdoor sheltering is basically what we’re doing, people are in the lots in their cars and are acquiring hotel vouchers to put people in lodging," said Earl Potts with the American Red Cross. So far, 60 people have received hotel vouchers but last night they ran out, forcing people like Roberts to hunker down in their cars, trailers, and RVs.

"We figure the family will stay together, and hunker down together."

The Red Cross said as the holiday weekend comes to an end, they're hoping to get at least 200 more rooms available. "We’re able to provide meals at certain times of day and a place to park and sleep which makes it less but more of a priority situation."

Alana said she's just thankful her family is safe and is going to return to what's left of her home once they're given the go-ahead.

"I don’t know if its truly set in. This morning my husband made me coffee and I thought about my brand new coffee maker I got for Christmas. I get camping coffee to drink now, I don't think it's really set in."