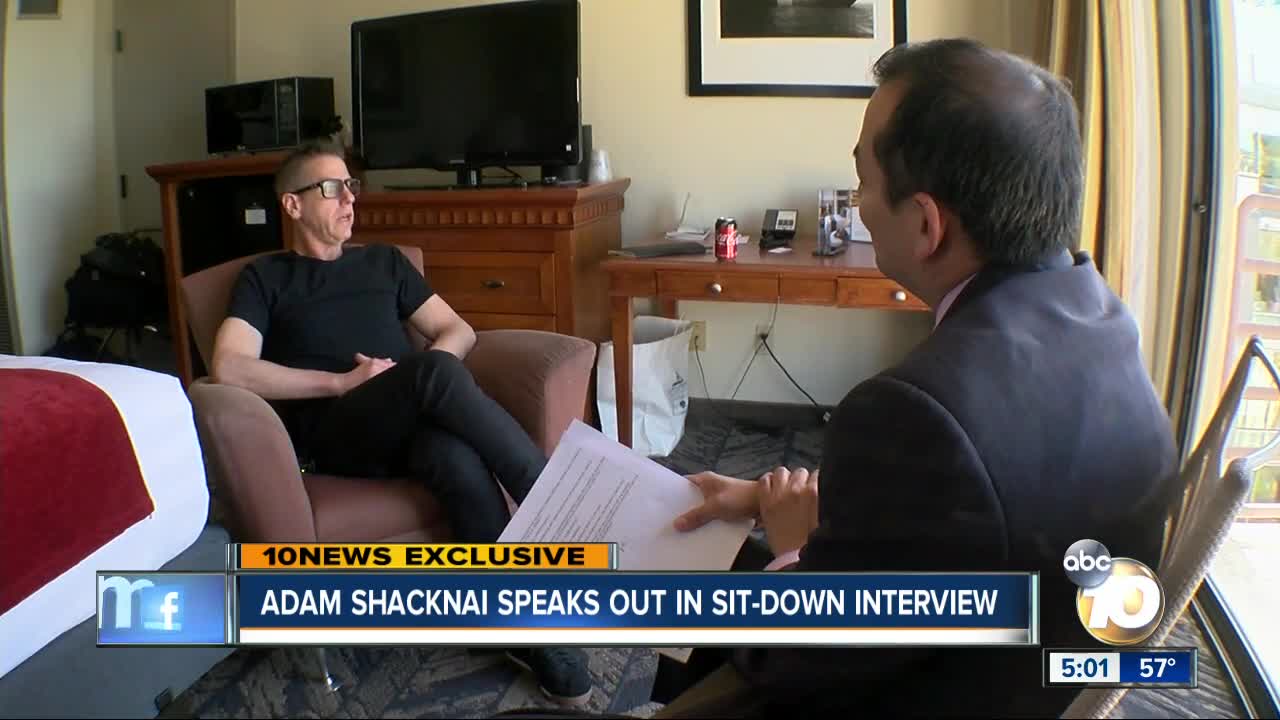 A civil case in the death of Rebecca Zahau, whose body was found nude and hanging from a balcony at the Spreckels Mansion in Coronado in 2011, has been dismissed after a settlement was reportedly reached. For the first time, Adam Shacknai, found liable for the 32-year-old’s death, sat down with local media. 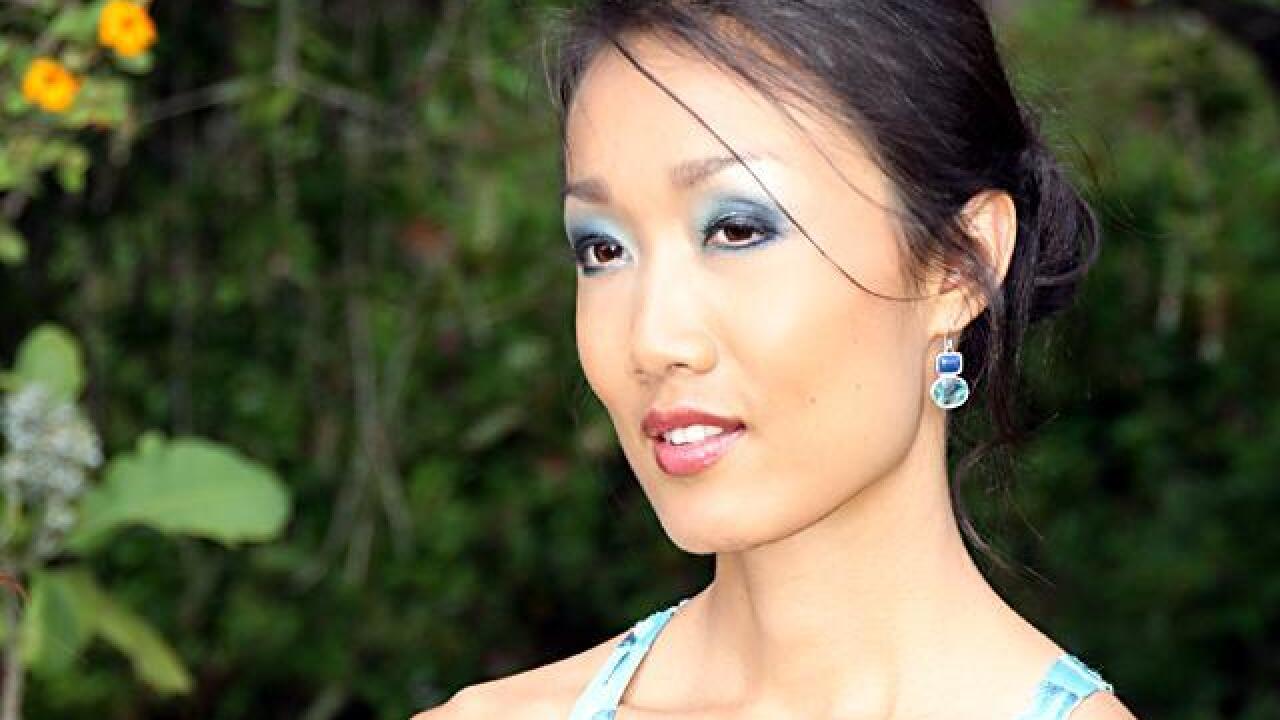 SAN DIEGO (KGTV) - A civil case in the death of Rebecca Zahau, whose body was found nude and hanging from a balcony at the Spreckels Mansion in Coronado in 2011, has been dismissed after a settlement was reportedly reached.

In April 2018, jurors found Adam Shacknai found liable for the 32-year-old’s death, and he was ordered to pay $5 million to Zahau’s family despite a San Diego County sheriff’s investigation that ruled Zahau’s death a suicide.

Following last year’s verdict, Shacknai filed an appeal in hopes of having the civil case retried.

However, the judge said at Wednesday hearing that a settlement between Zahau’s family and an insurance company was reached “outside of the verdict” -- a development that essentially ended Shacknai’s retrial request.

With the settlement, the judge dismissed the case but noted that the verdict against Shacknai would remain. An attorney for Shacknai says while the verdict did happen, it now lacked legal standing and Shacknai says his "name is cleared."

"I'm glad it's over, but it's not the way I wanted it to end. I wanted to go through the process for an appeal," Shacknai told 10news reporter Michael Chen in his first sit-down interview with local media.

Terms of the financial aspect of the settlement were not disclosed.


Zahau, who was found hanging by her neck above a rear courtyard at her boyfriend's beachfront summer home, was gagged, with her ankles bound and her wrists tied behind her back.

Two days before her body was discovered, her boyfriend's 6-year-old son, Max, was gravely injured in a fall over a second-story stairway banister inside the stately Ocean Boulevard home, known locally as the Spreckels Mansion. The boy died five days after the accident, which occurred while he was under Zahau's care.

Following a seven-week investigation into Zahau's death, the Sheriff's Department and the county Medical Examiner's Office ruled that Zahau had killed herself in an unusual but not implausible or unheard-of manner -- by tying a rope around a bed, wrapping the other end of it around her neck, binding her feet and hands, and throwing herself off a second-floor balcony.

Authorities have suggested that Zahau took her own life out of remorse and sorrow over Max's accident and his resulting grim prognosis.

Her mother and older sister rejected that conclusion out of hand and filed a wrongful-death lawsuit in 2013 against Shacknai, claiming that he confronted and attacked Zahau the day after Max's fatal fall, sexually assaulting and killing her.

The attorney for the plaintiffs, Keith Greer, alleged that the defendant delivered four blows to Zahau's head, rendering her partially or fully unconscious, molested her, tied her hands and feet, put a noose around her neck and pushed her off the balcony.

Greer told the civil jury a cryptic phrase found scrawled on a bedroom door at the mansion in black paint -- "She saved him, can he save her" -- had been put there by Adam Shacknai.

The defendant, who had traveled to San Diego from his home in Memphis to be with his brother after Max's accident, insisted that he had nothing to do with Zahau's death. At trial, he described emerging early in the morning from the guest house where he was staying on the grounds of his brother's estate and finding Zahau's body hanging from the second-floor landing.

He told the civil jury he called 911, cut Zahau down and tried to give her CPR, then called his brother to break the news that Zahau was dead.

Zahau's boyfriend, pharmaceuticals tycoon Jonah Shacknai, testified during the six-week trial that it was "inconceivable" that his younger brother had been involved in Zahau's death in any way.

Nonetheless, after less than a day of deliberations, the jurors found that the 54-year old defendant violated and battered Zahau, leading to her death.

Two weeks after that decision, the sheriff's department reopened its investigation in the case "in the spirit of transparency and open- mindedness," assigning the task to in-house homicide investigators and members of the Coronado Police Department.

Investigators concluded that the evidence failed to support the jury's verdict, stating that wounds found on Zahau's forehead were more superficial than the type of serious, debilitating trauma described by the Zahau family's lawyer, nor was there any indication of a sexual assault.

"After conducting this review, the case team found no evidence that would lead us to believe that Rebecca Zahau died at the hands of another (person)," San Diego County Sheriff Bill Gore told reporters in December. "In addition, we found no evidence that would dispute or be inconsistent with the ... finding that (her) manner of death was suicide."

"I'm grateful that law enforcement as opposed to the civil court was willing to follow the evidence," said Shacknai.

Shacknai says the case has been all-consuming and "definitely took a part of me," but hopes to get back to his life as a tugboat captain. The court saga may not be over. The lawyer for the Zahau family has vowed to petition the Medical Examiner's office to change the cause of death from suicide to homicide.

"I'm not worried, because I know I haven't done anything wrong," said Shacknai.