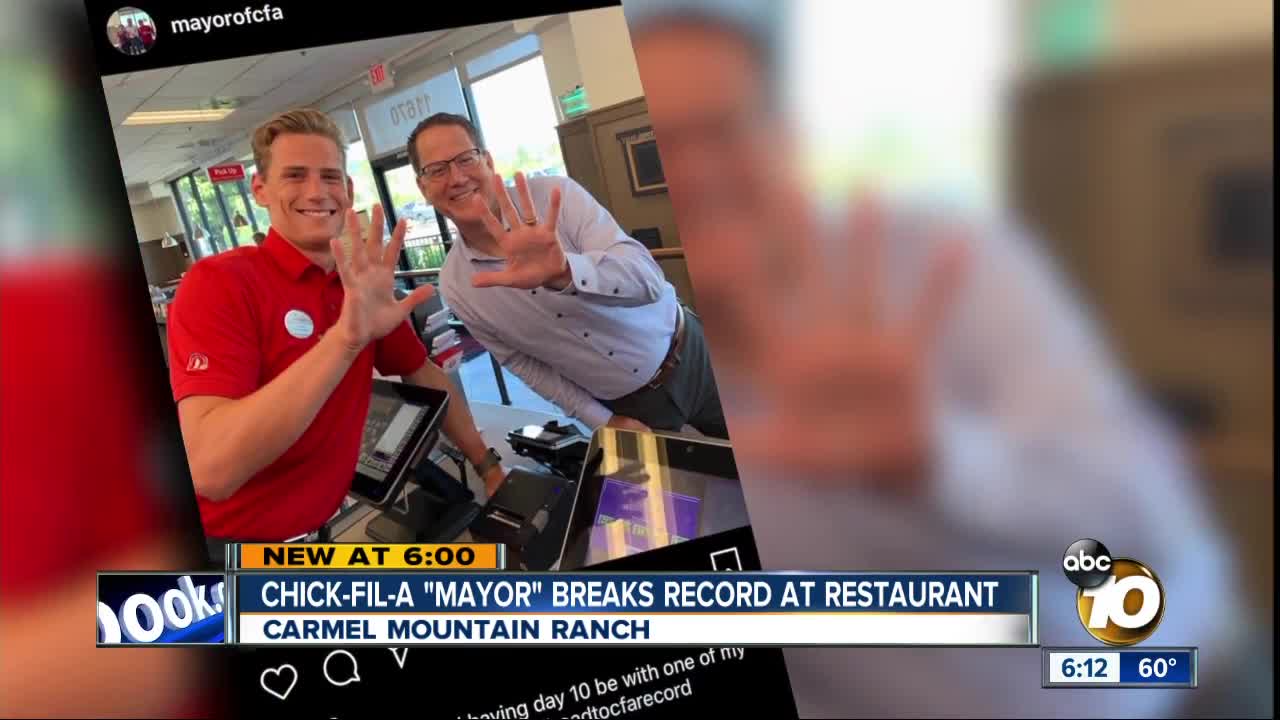 A Rancho Bernardo man set a new record for eating Chick-fil-A the most consecutive days in a row. 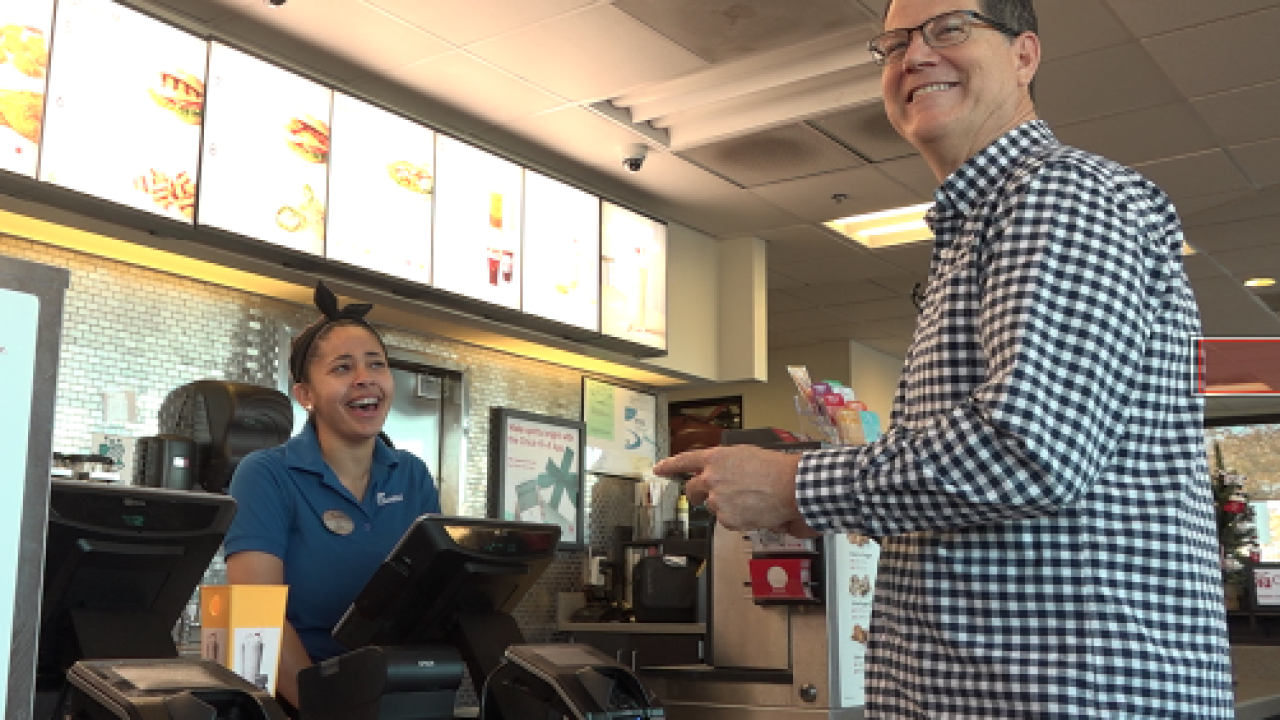 SAN DIEGO (KGTV) — It's a challenge chickens around the world hope you don't attempt.

A Rancho Bernardo man has set a new record for eating Chick-fil-A the most consecutive days in a row — barring the company's usual Sunday closure.

Even before the challenge, Mark Mendenhall was a regular at the Carmel Mountain Ranch Chick-Fil-A, with employees dubbing him "Mayor of Chick-fil-A."

"I have eaten everything on the menu, except the coffee and tea, I don't like coffee or tea, I've had every sauce," said Mendenhall.

By day he's a realtor, by dinner he's Mayor.

"The food is great don't get me wrong, but it's the people here that make you feel good!" Mendenhall says.

Several months ago, he heard about a Georgia man successfully eating Chick-fil-A 100 days in a row, excluding days when the restaurant is closed.

"I thought to myself, I could do that! I could totally do that!" said Mendenhall.

"At first, I thought it was a little crazy, and I didn't think he'd stick with it, but then I could tell he was serious about it," said Mendenhall's wife, Laura.

On a family trip to Disneyland, Mendenhall actually drove from Disneyland to his Chick-fil-A, ordered his meal, and then went back to Disneyland.

"My dear wife asked me, when is all of this going to end?!" Mendenhall laughs.

He decided he'd end the challenge when they went on vacation, so his wife promptly planned one to Palm Springs. Throughout the journey, Mark took a picture each day with employees, friends, and strangers, proof of his amazing streak.

But his mission had another cause. Mendenhall also helped raise nearly $1,000 for the Poway Unified School District Adopt-a-Family program through the challenge.