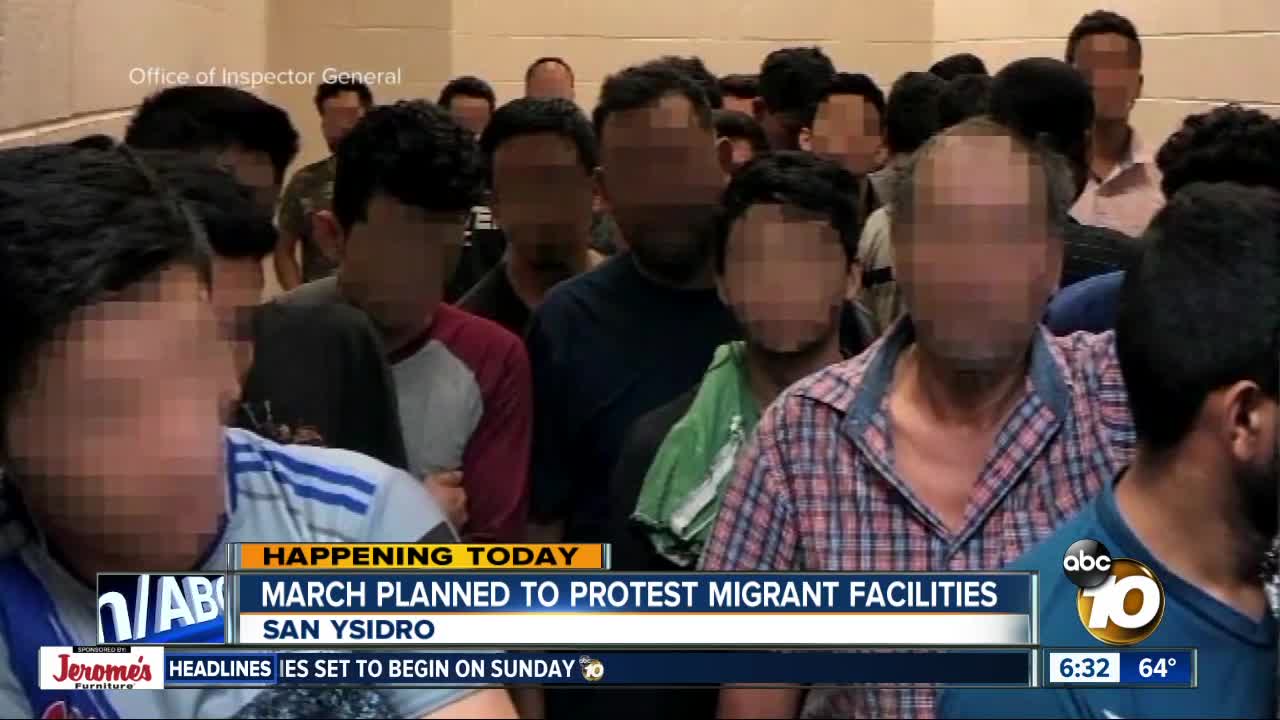 Activists will take part in a peaceful march in San Ysidro Friday to call for the closure of facilities that house detained migrants.

SAN YSIDRO, Calif. (KGTV) - Several organizations and religious groups will hold a rally in San Ysidro on Friday to protest what they call "inhumane treatment" of asylum seekers at the southern border.

The group Coalition to Close the Concentration Camps - San Diego (CCCCSD) is collaborating with Lights for Liberty for the event, which starts at 5 p.m. at Cesar Chavez Park at Larsen Field

"They’re just looking for a place of security from their home country that has been colonized, politicized and militarized," said Miller. "They’re escaping to survive, like any of us would, there are legal asylum processes but they’re not being afforded that."

Miller said he wants the Trump administration to be held accountable for the dangerous conditions some migrants have faced at detention centers.

The Department of Homeland Security Office of Inspector General recently released a report saying there was dangerous overcrowding and prolonged detention of children and adults in the Rio Grande Valley, Texas, sector and immediate action was needed to be taken to alleviate the issues.