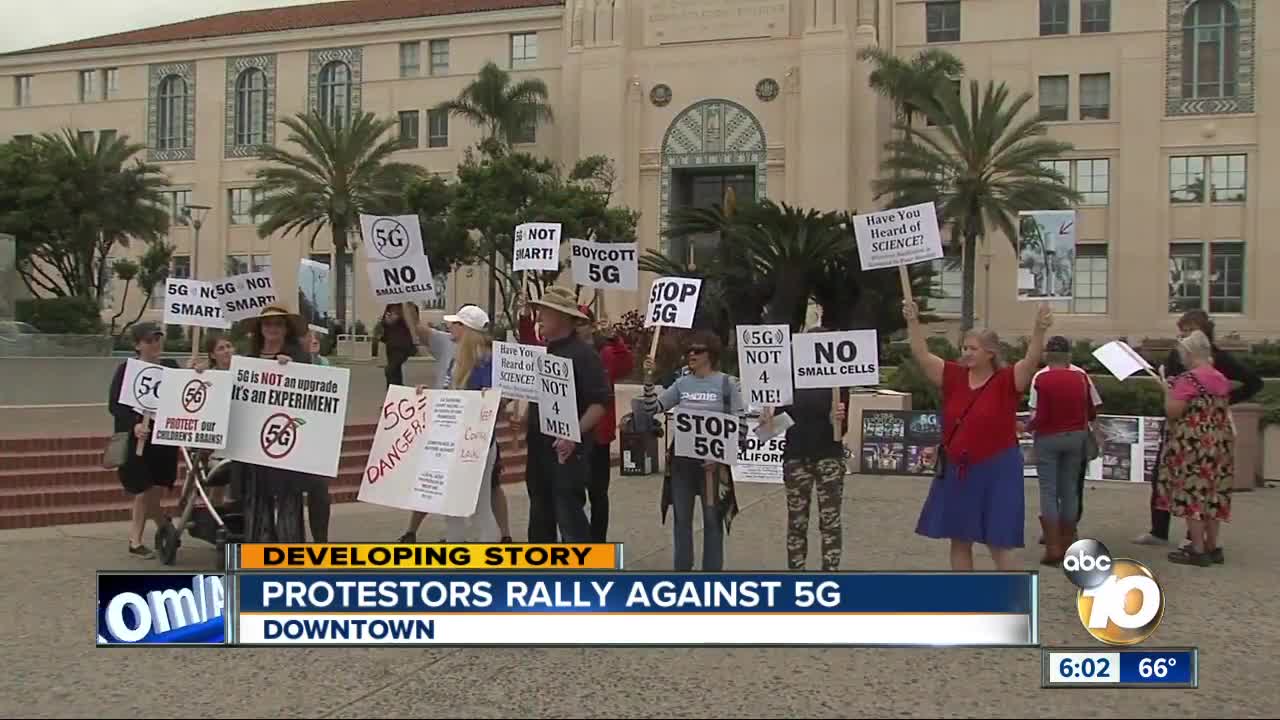 About two dozen protesters rallied against 5G technology at Waterfront Park Wednesday. The group says increased radiation is extremely harmful and can lead to seizures and heart failure. "There’s no safety testing for this plan at all," said Susan Brinchman with the Center for Electrosmog Prevention. "I know why they didn’t do the testing, because there’s no way to safely implement this. Scientists are beginning to associate it with the development of cancer."

A New York Times article released this week says 5G is actually safe. The article cites a Temple University researcher who says," 5G emissions, if anything, should be safer than previous generations,”.

Mayor Kevin Faulconer says the agreement with Verizon will not only enhance cell service but also keep communities safer and cut costs for taxpayers.

The city is set to roll out the 5G network later this year.