CHULA VISTA (KGTV) -- Councilman Steve Padilla motioned for council to continue to conduct public hearings citing concerns over the plan and the need for further clarification from the builder. The motion to continue public hearings passed meaning the council will not adopt the resolution to process the amendment to develop 900 multi-family condos tonight.

The city received over 500 comments -- only 4 in support of the resolution.

Stay with 10News for updates.

CHULA VISTA, Calif. (KGTV) -- The Chula Vista City Council Tuesday evening is expected to approve a plan that would transform a part of the Otay Ranch Town Center shopping mall into a multi-family housing development.

In a virtual meeting scheduled for 5 p.m., the council will likely adopt a resolution that amends the city’s General Plan, allowing 76 acres on the mall property -- excluding the nearly 9 acres where the Macy’s department store is located -- to be re-zoned in order for “multi-family residential development to occur adjacent to a commercial shopping center and near a Bus Rapid Transit (BRT) station.”

Brookfield Properties, which made the request to amend the General Plan for the proposed development, is seeking to build about 900 multi-family condominium apartments on the 75.69-acre site. Housing for seniors and 90 “affordable apartments” are also part of the development.

The development is expected to include the extension of Town Center Drive and “plaza-style park/open space that will serve as the interface between the existing commercial/food and beverage and proposed residential.” 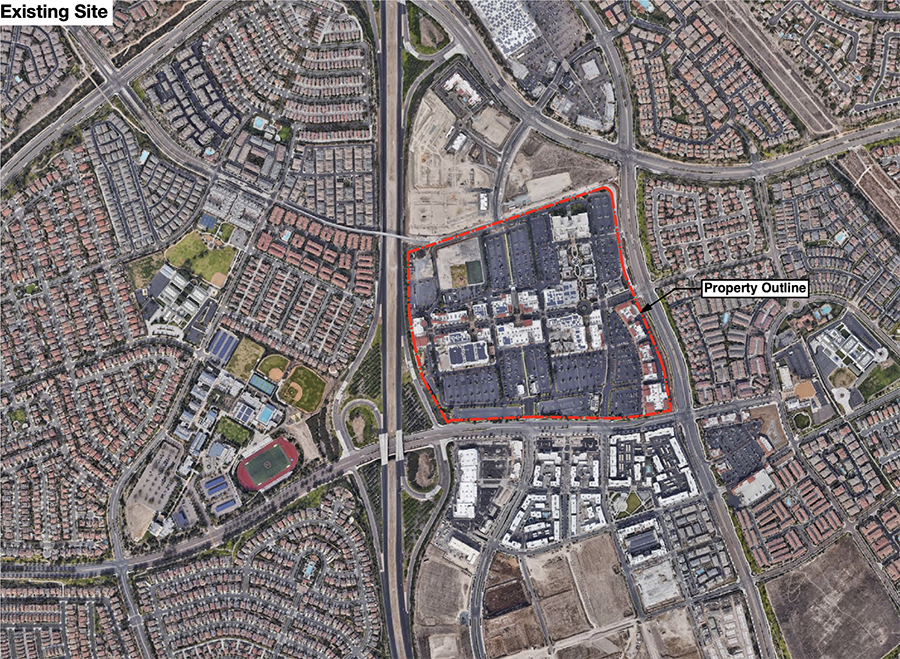 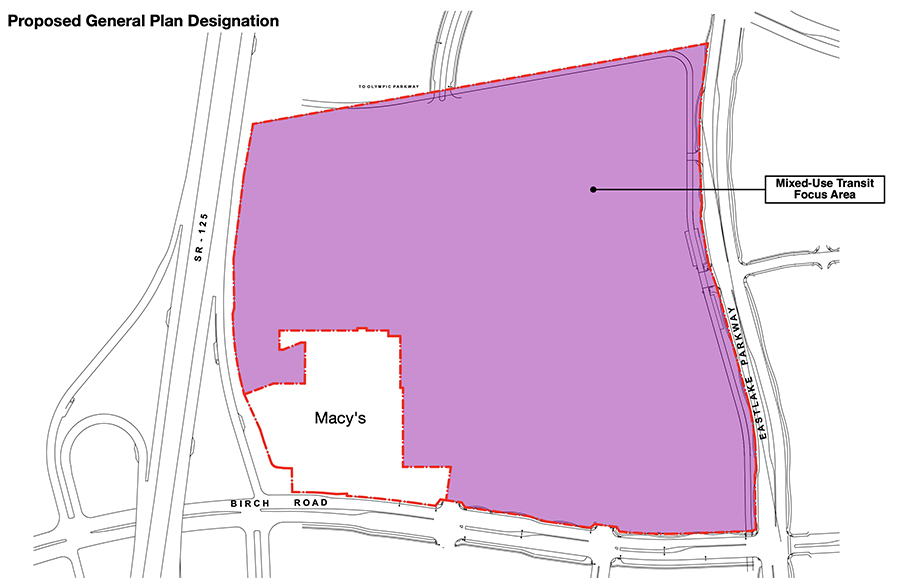 In a Fiscal Impact Analysis report, Brookfield said the development would result in a “net annual positive impact to the City’s General Fund.”

Many residents have expressed concerns about the addition of more housing to the Eastlake/Otay Ranch area, citing a potential for “overcrowding” of the area and a strain on the few resources available in the community.

As a result of the Eastlake/Otay Ranch area’s growth, residents said they are experiencing issues such as overcrowded schools, congested roadways, and few job opportunities in the immediate area.

Additionally, residents are noticing a disproportion of affordable single-residential homes to multi-family homes. As multi-generational families grow within the area’s condo and/or townhome developments, concerns have been raised over scarcity of vehicle parking and neighborhood amenities/resources becoming crowded or unsafe.

One resident said: "We need a police substation and possibly more supermarkets and general stores. We have a lot of living communities and bringing more will bring more traffic and congestion. We oppose to the building of new living buildings."

Another said: "This area is becoming far too overcrowded without critical infrastructure. We need investment in resources such as schools, fire dept., and police. I strongly oppose the measure to convert commercial space at the mall into residential use. The creation of 900 units when there is already so much land being developed across the street near millenia to too much too soon. I urge our council members to vote NO."

ABC 10News reached out to District 3 City Councilman Steve Padilla for comment on the proposed development, but he did not respond as of the publication of this story.