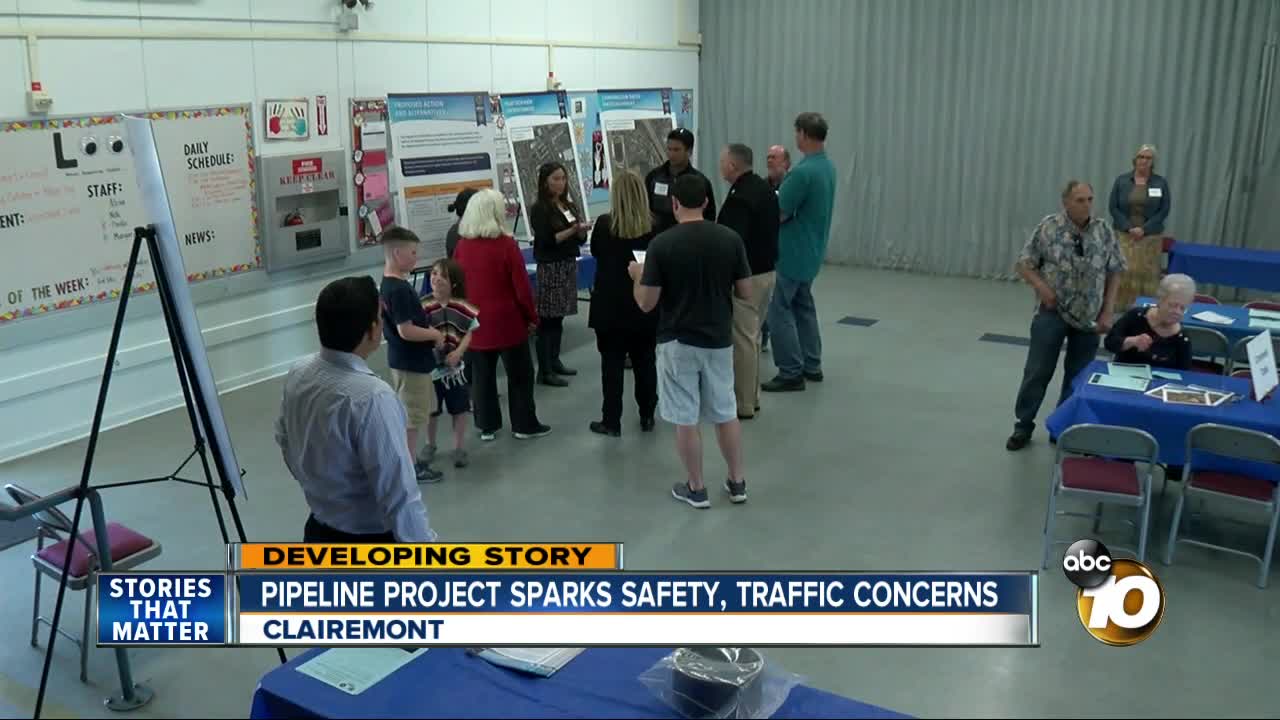 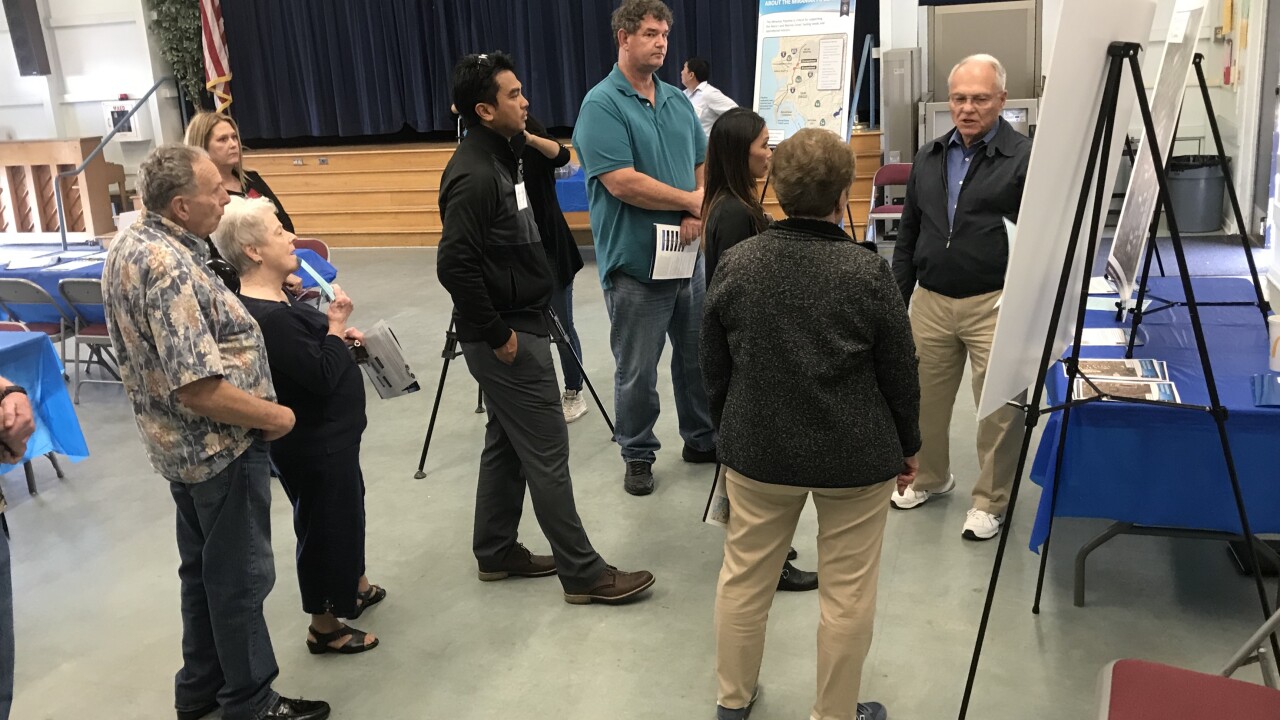 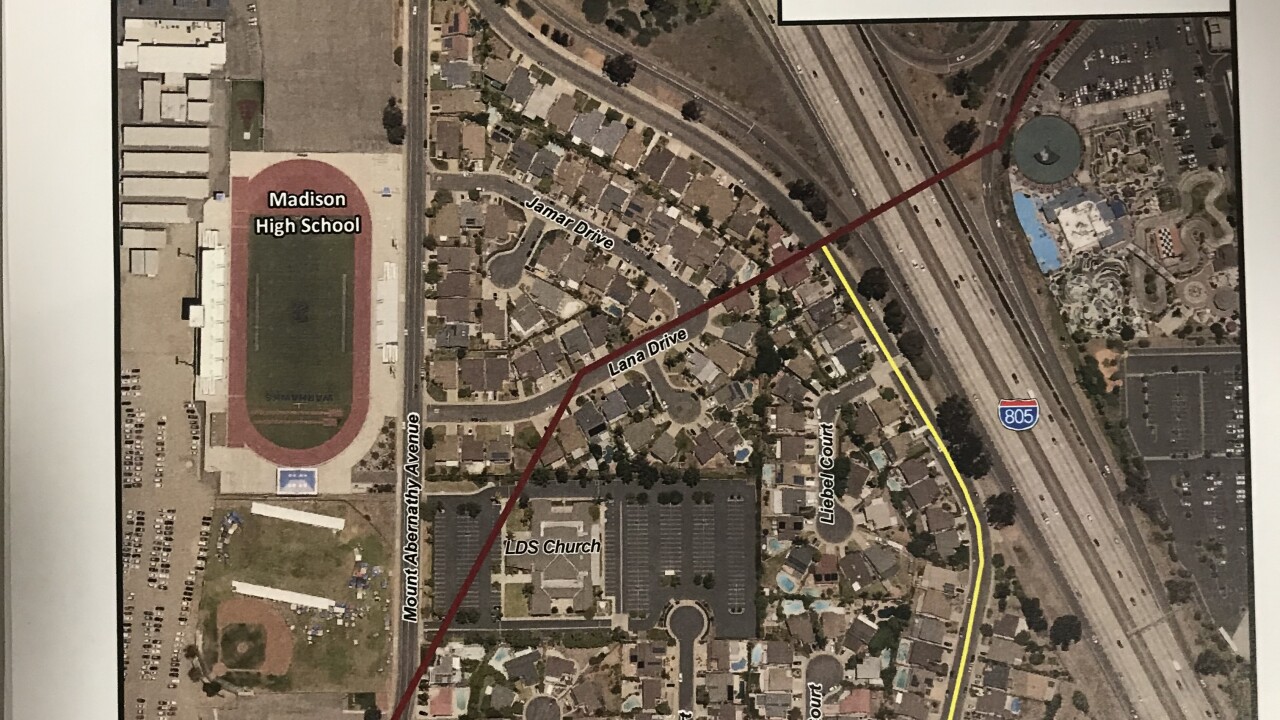 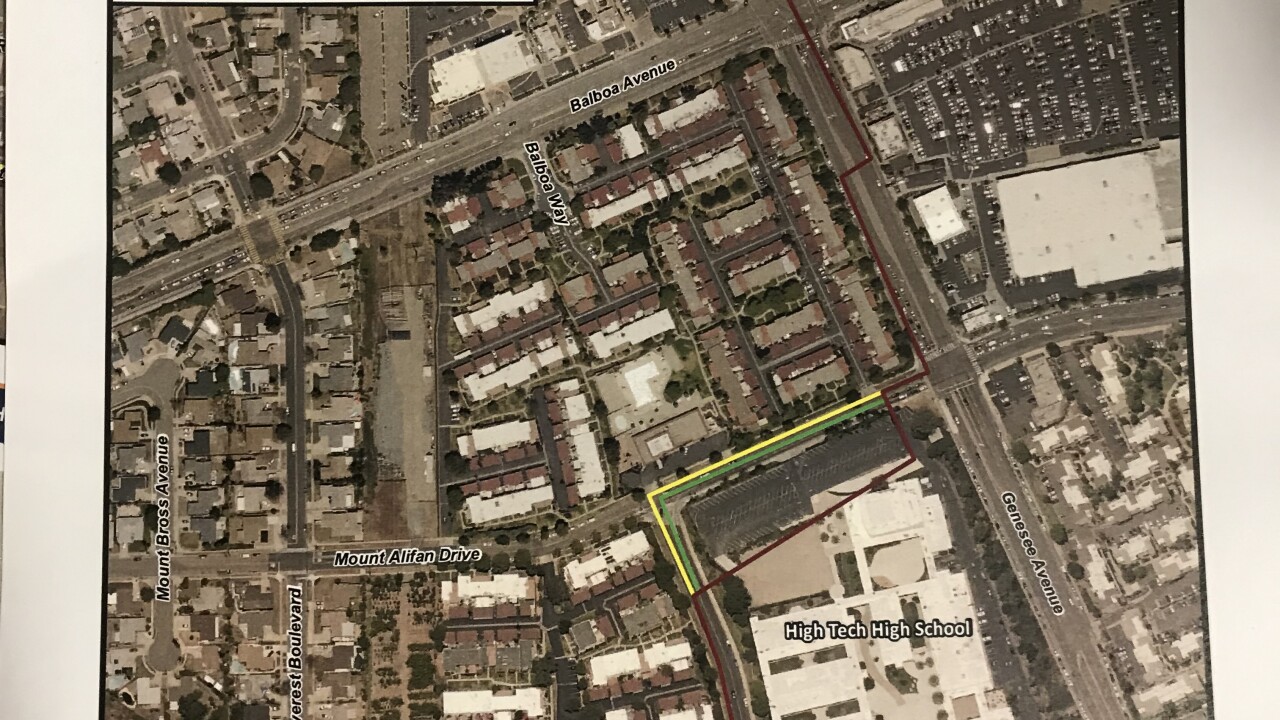 At the open house held at Lafayette Elementary School, Navy officials outlined plans to to relocate about 17 miles of pipeline that runs between Naval Base Point Loma and Marine Corps Air Station Miramar.

“It’s a critical pipeline to support aircraft at Miramar and the fleet that goes out at Point Loma,” said Navy Cmdr. James Alger.

The areas most impacted will be in the Clairemont area, near High Tech High Mesa and Lafayette Elementary School.

The Navy installed the pipeline in 1954. Houses, schools and churches have been developed around it, and in some cases, above the pipes.

Alger said there is nothing wrong with the pipeline, but the development that’s occurred has made parts of it difficult to access for regular inspections and maintenance. The Navy wants to move pieces that are under homes, schools and churches, and move it to run under streets and for easier access.

Alger said there are no immediate safety concerns associated with the pipeline; it is just about getting the necessary access to it in a pinch. However, he understands the community’s concerns.

There will be future meetings for the community to give input on concerns and suggestions, but Alger also said the proposed project is in the very early stages.

If the project goes as planned, construction is expected in late 2021 to early 2022.