Proposal to redevelop Tailgate park to be announced 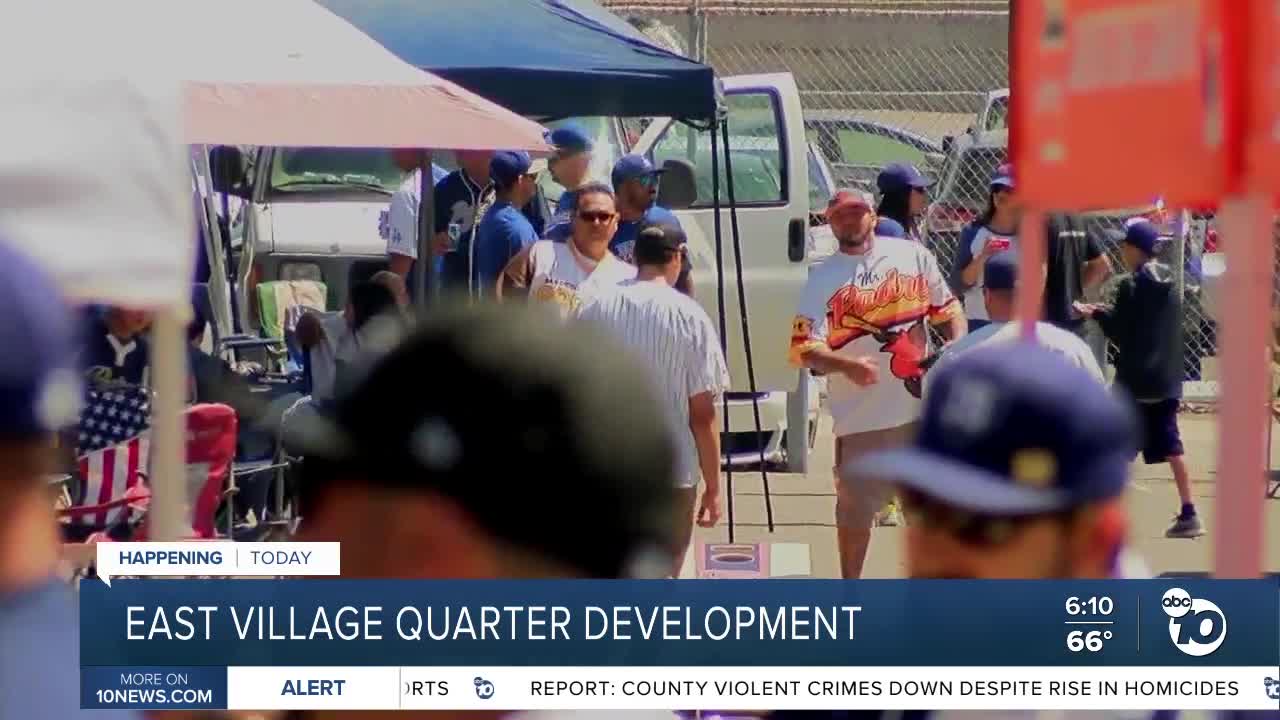 SAN DIEGO (KGTV) -- Two competing plans are on the table to redevelop the Tailgate Lot a block from Petco Park into a mixed-use area with park space, retail and office, and housing.

The Tailgate Lot property includes 15 parcels of land, or about 5.25 net acres, between K Street and Imperial Avenue and 12th Ave. and 14th St.

One of the plans was developed by Brookfield Properties and the other between the San Diego Padres, Tishman Speyer, and Ascendent Capital. Both plans call for a combination of office, retail, and residential space and open park space and parking.

Brookfield Properties' plan calls for about 1.2 million square feet of mixed-use office and retail space, about 1,200 residential units, and 1.1 acres of park and community space. The plan also highlights developing a tailgate park, "bazaar" marketplace, and a gateway to public transit.

The parking garage would also include a multi-use field on the roof for recreational activities. The plan says that the spaces will be shared with tenants when not in use for games and events.

Mayor Faulconer will announce the city’s decision in a press conference at 9:30 a.m. Wednesday in front of Tailgate Park.