Prop. 22 opponents launch caravan to speak out on issue 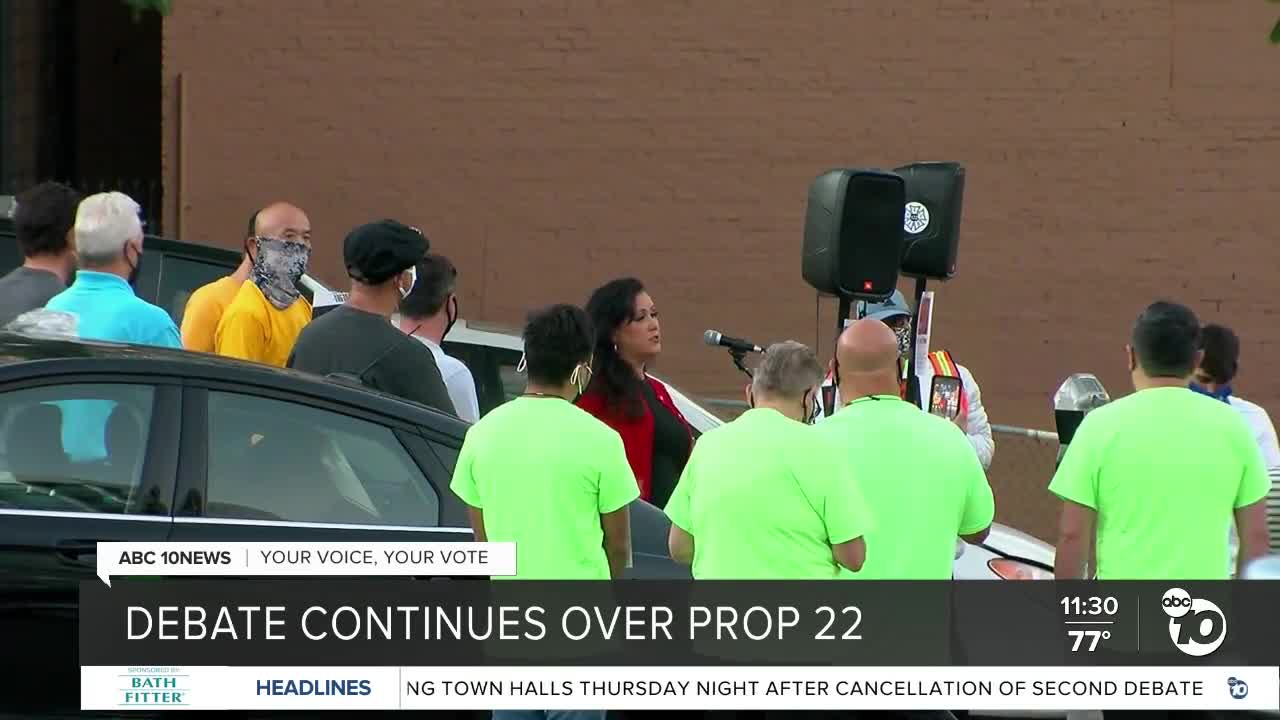 More than 100 cars pulled out of a downtown San Diego parking lot Wednesday morning hoping to make their voices heard against Proposition 22.

Among the caravan -- made up of some local elected officials and workers from various industries -- were many rideshare drivers like Tonje Ettesvoll.

Ettesvoll has been an Uber driver for four years, and she said if Prop. 22 passes next month, she will lose income and benefits that are currently protected under state law. If passed, she will be left to rely on what the rideshare companies said they will provide.

“A lot of times we spend driving a passenger maybe to a remote area and we have to get back to where we live or where there’s people, and we don’t get paid for that time. And none of the benefit goes towards that time either,” Ettesvoll said.

Prop. 22, which is heavily funded by companies like Uber and Lyft, would consider app-based drivers as independent contractors.

Al Porce is a driver who supports the measure. If it passes, he said he’ll be able to control who he works for, for how long, and where.

Opponents of Prop. 22 believe the measure will play a role in deepening racial inequality, citing that 78 percent of this workforce is made up of people of color.

Supporters of the measure don’t agree, arguing this measure will keep all who want to work employed with steady income.

The caravan is scheduled to stop Los Angeles, Bakersfield, and Fresno before ending in San Francisco.