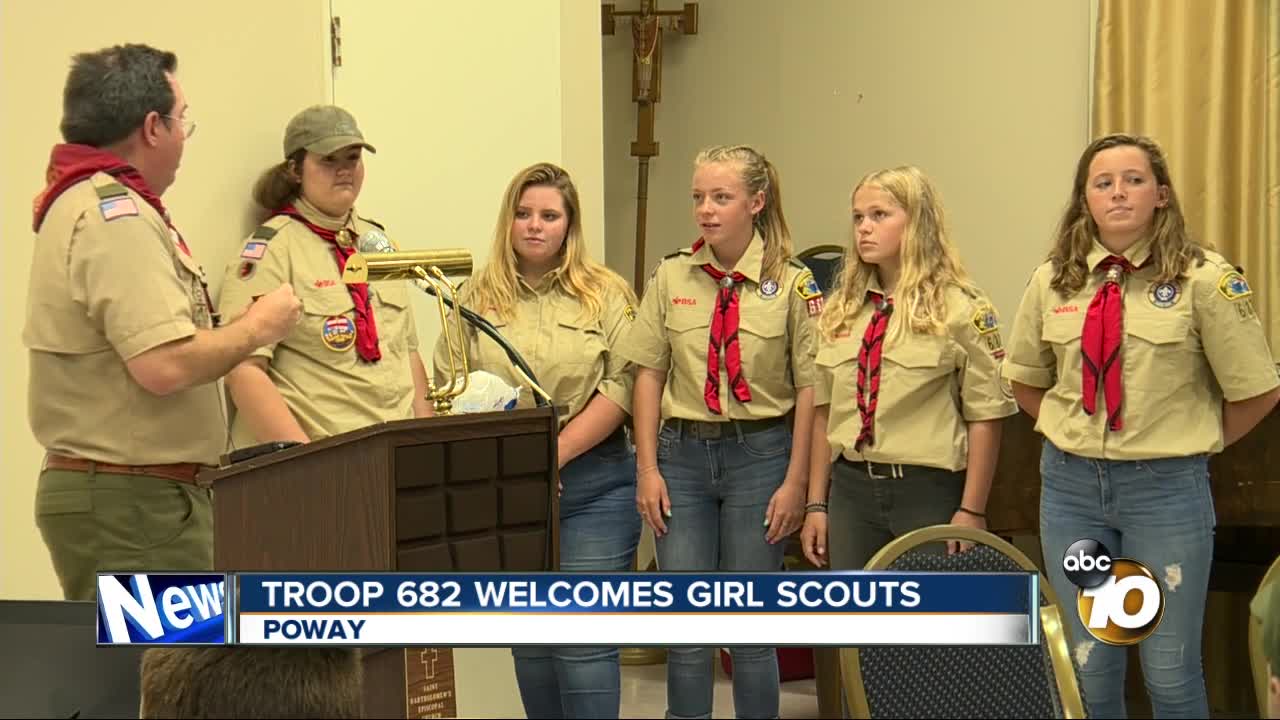 "They are one of the first girl troops in the country in what was up until recently the Boy Scouts of America," said Dana Collins, Scoutmaster Troop 682G.

In a special ceremony at St. Bartholomew’s Episcopal Church on Monday, five girls each received badges for their Scout uniforms and celebrated with their fellow Scouts with cake.

For Kayne Collins, the ceremony was a special moment because her Girl Scout troop recently disbanded.

Kayne’s father, who is the Scoutmaster for Troop 682, encouraged her to join so she could continue to be a part of a group.

Girls between ages 11-17 can join their local troops and work towards becoming Eagle Scouts.