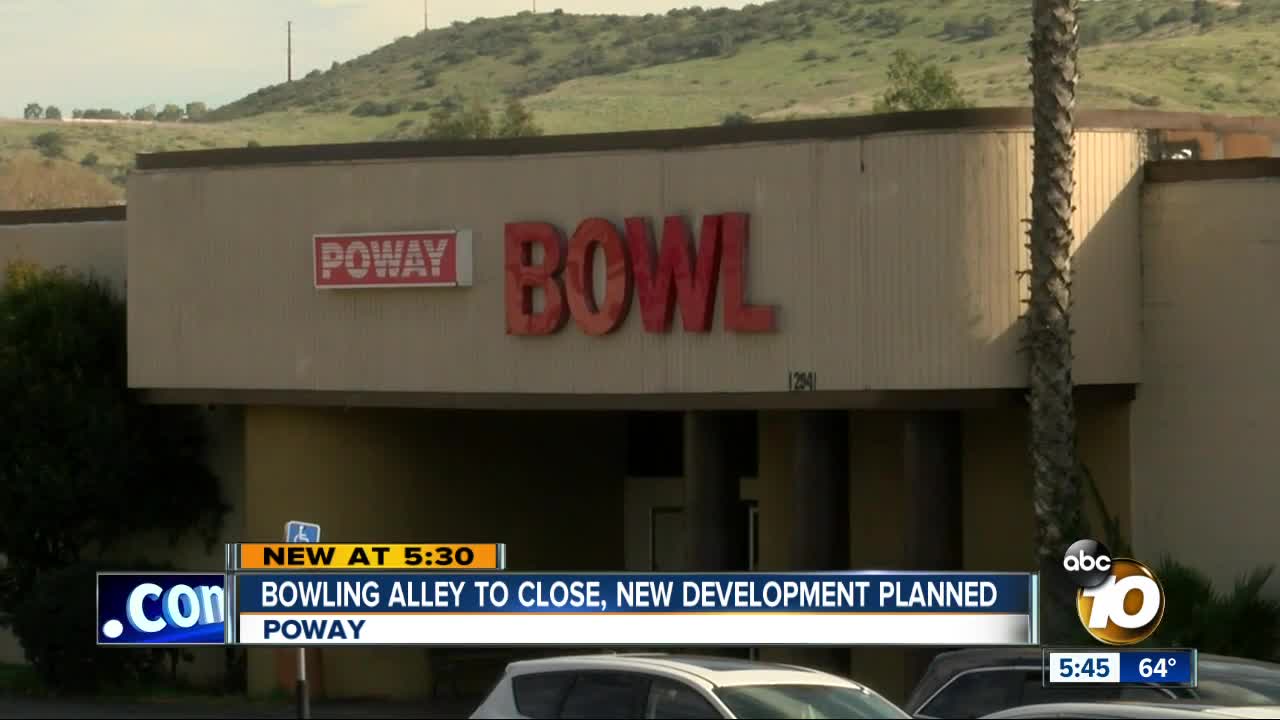 After years of rumors keeping bowlers anxious, 10News has learned that the Poway Fun Bowl will finally close August 31. “I guess I’m not surprised. You see changes everywhere. It seems a shame that something that’s been here that long just can’t make it anymore," said David Spear, who lives nearby.

10News has been tracking discussions between the new property owner and the tenants since 2018, when it first became clear that the owner had designs on removing the bowling alley and neighboring thrift stores on the land to make way for a new project.

In October, the thrift stores learned their leases would not be renewed. Some have already closed. Others will be closing in the coming months.

It is not clear yet what the owner plans to do with the property. An application has been filed with the city for a mixed-use project, but no formal plan has been pitched to the city council, according to one councilmember.

Residents who spoke with 10News Thursday were torn. They cited two other major projects already approved within the next few blocks of Poway Road, expressing concern about growing traffic and the loss of Poway's "City in the Country" character.

However, others supported the idea of modernizing a rundown part of the city, saying that while it is disappointing to lose the bowling alley and thrift shops, that new developments could benefit the community.