In the scientific ABC 10News/San Diego Union-Tribune poll, more than 500 registered voters were asked about their thoughts on the Sept. 14 election.

Survey participants were asked whether they believed Newsom should be removed from office, and the results showed: 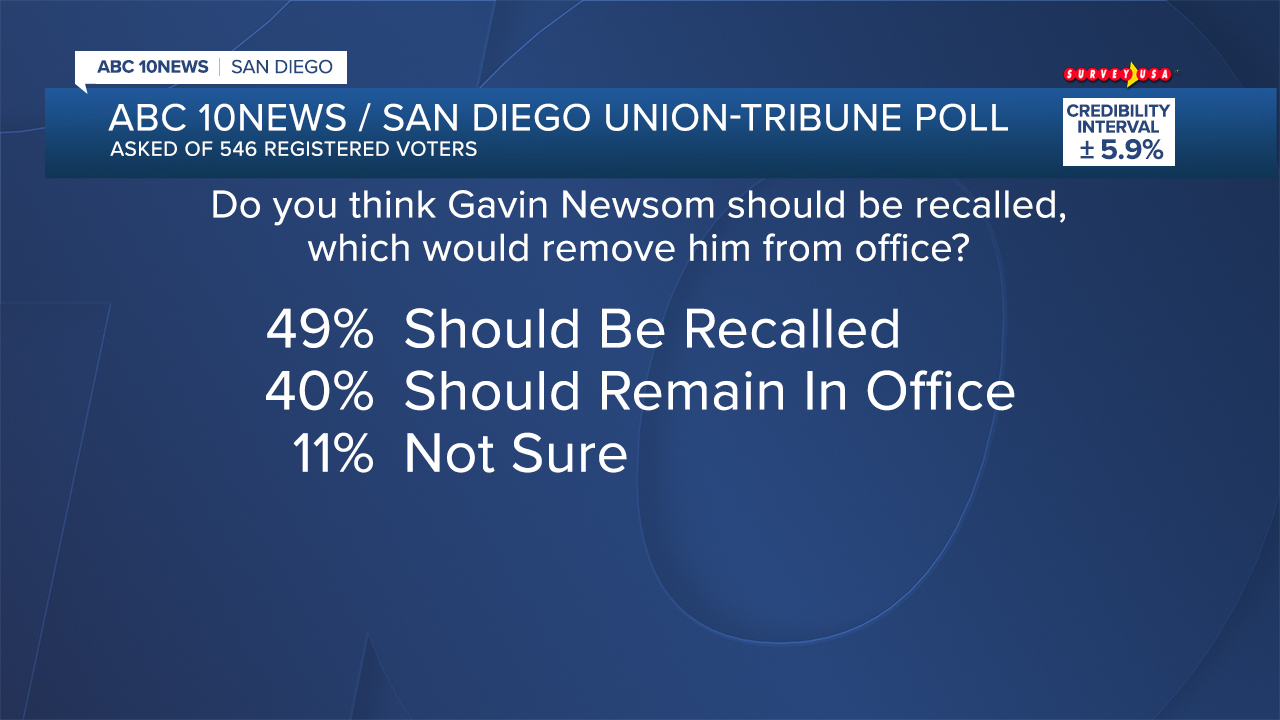 Participants were also asked who they think should be the candidate to replace Newsom, with the results: 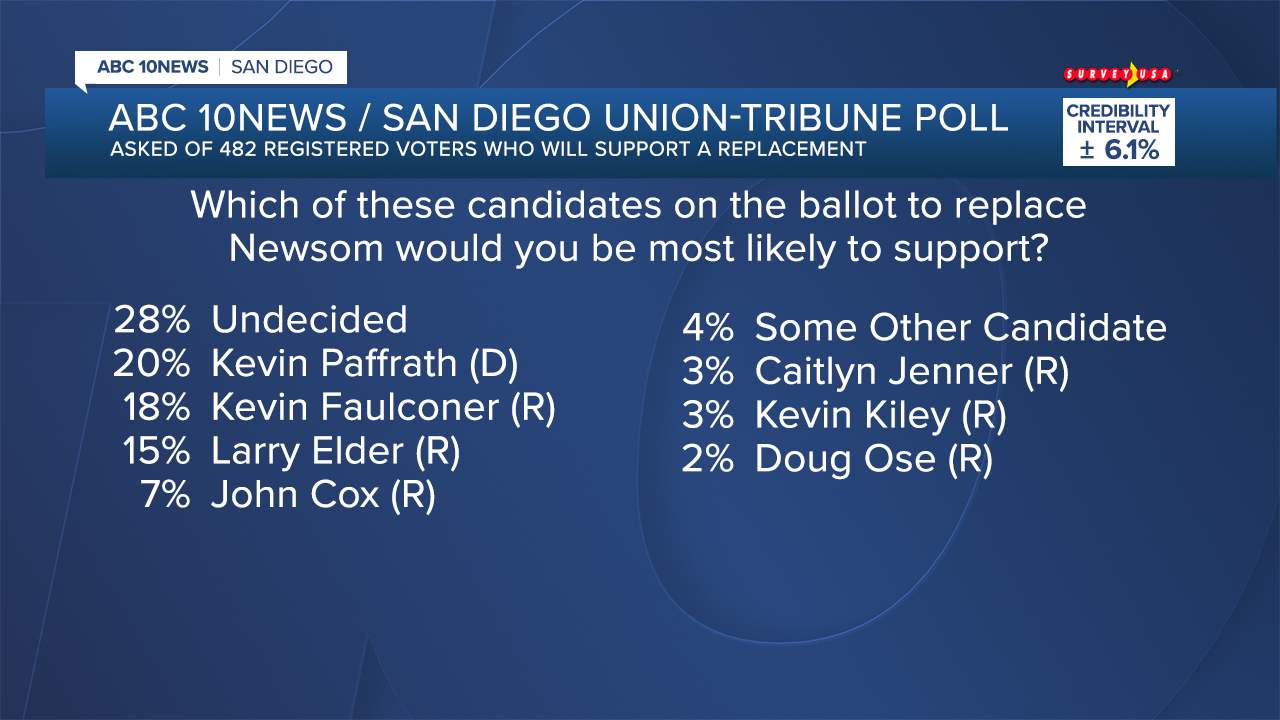 When asked which reasons best described why they thought Newsom should be recalled, the participants said: 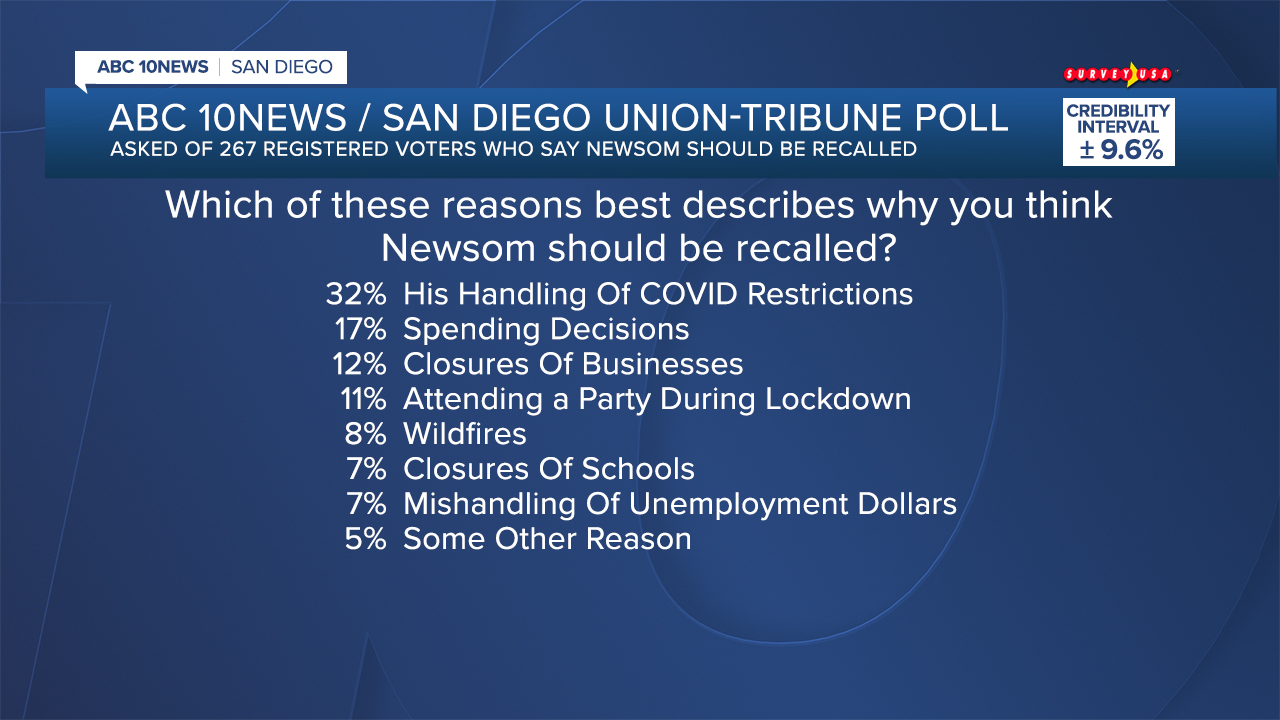