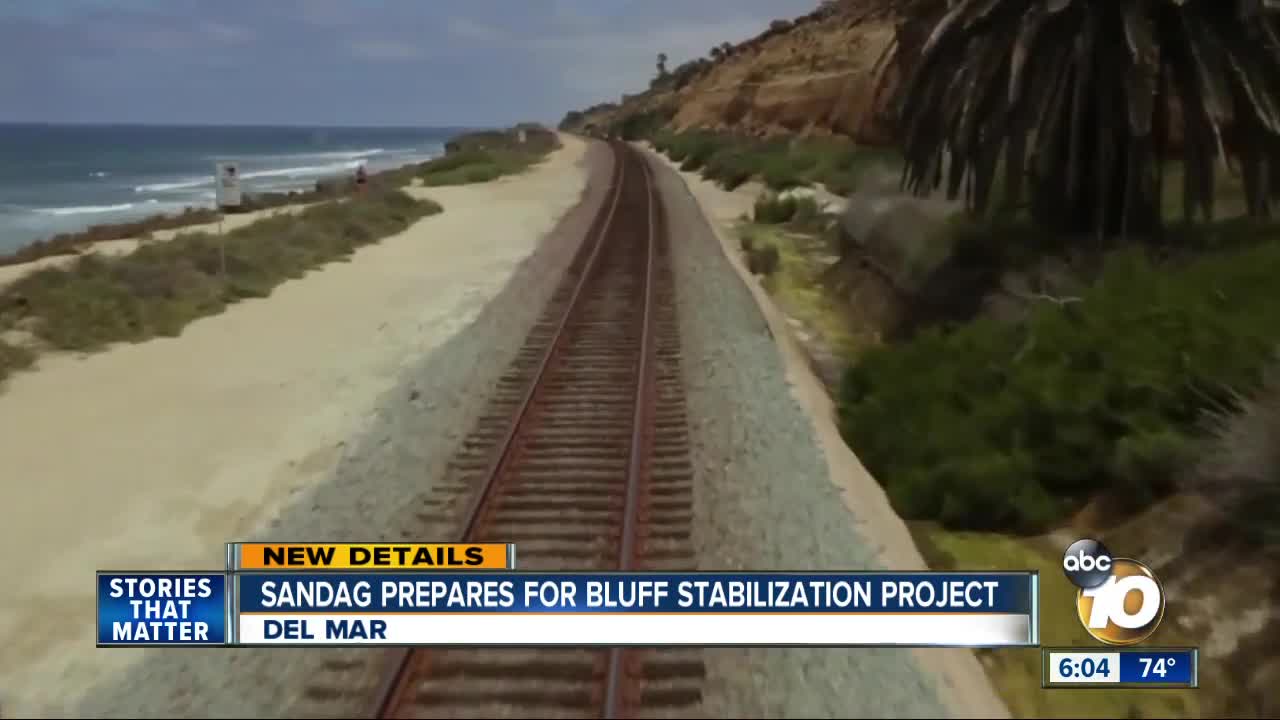 A push is underway to protect the Del Mar bluffs from crumbling with a stabilization project set to start soon. 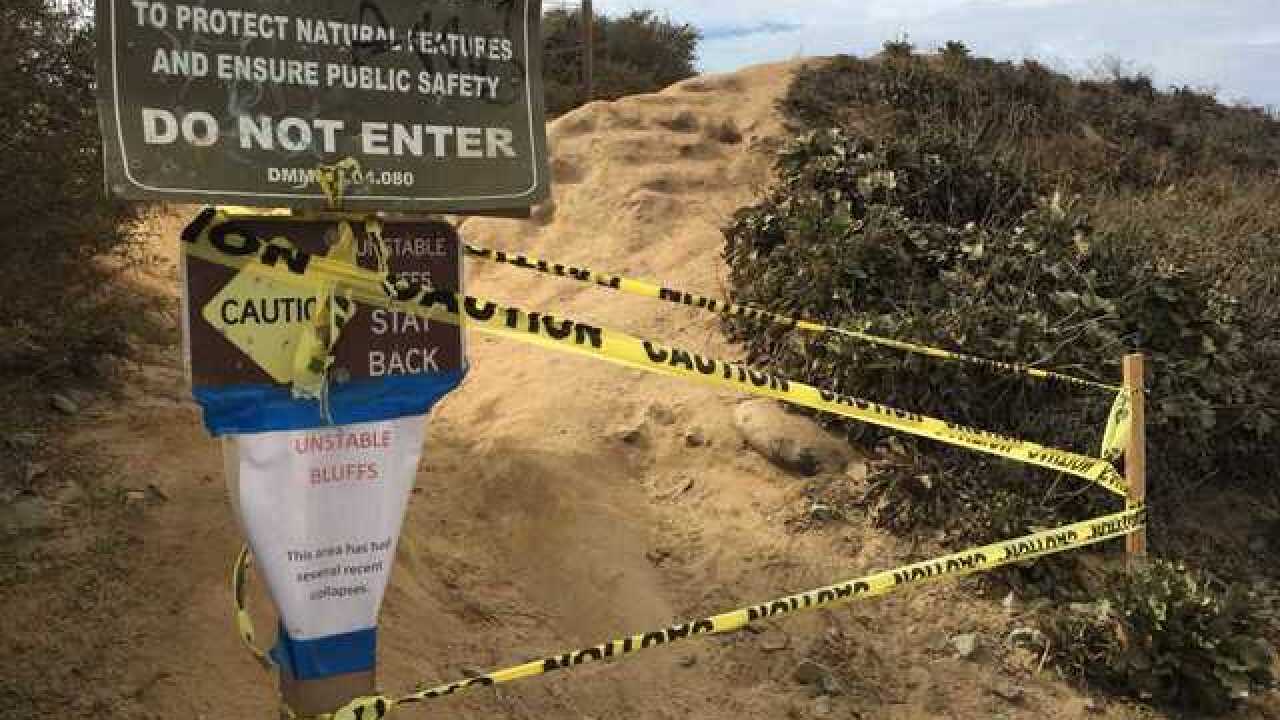 DEL MAR, Calif. (KGTV) -- A push is underway to protect the Del Mar bluffs from crumbling with a stabilization project set to start soon.

It’s part of a long-term effort to protect the trains and tracks running along the fragile cliffs.

Some residents say it’s not a permanent solution.

"Anyone that's ridden on the trains through Del Mar… knows you have a great view there but that's because the train tracks are fairly close to the Del Mar bluffs."

A little too close for comfort.

"What was very tragic and unfortunate in Encinitas was loss of life. Bluffs in Del Mar had a number of failures just this past winter. And we were very lucky here was nobody on top or below when those bluffs failed."

“Had a number of projects since 2003 to stabilize, but public doesn't normally see because they are buried piles 65 feet deep."

“We're even doing drainage on side, drainage holes, drain water out of bluffs to reduce pressure."

"This is a short-term fix, you're trying to slow down the inevitable."
Geologist Pat Abbott says the problem is a hard one to solve, but believes the current plan is just a band-aid.

"The easiest thing to do, what has been done, is let's do a band-aid now and pass it on to the next generation as if it will be simpler for them to solve than us."

Regional planners say they are thinking long term, hoping to construct a tunnel after the year 2050.

But that will be costly and complex, so SANDAG says it will do what's necessary to protect what's here now.