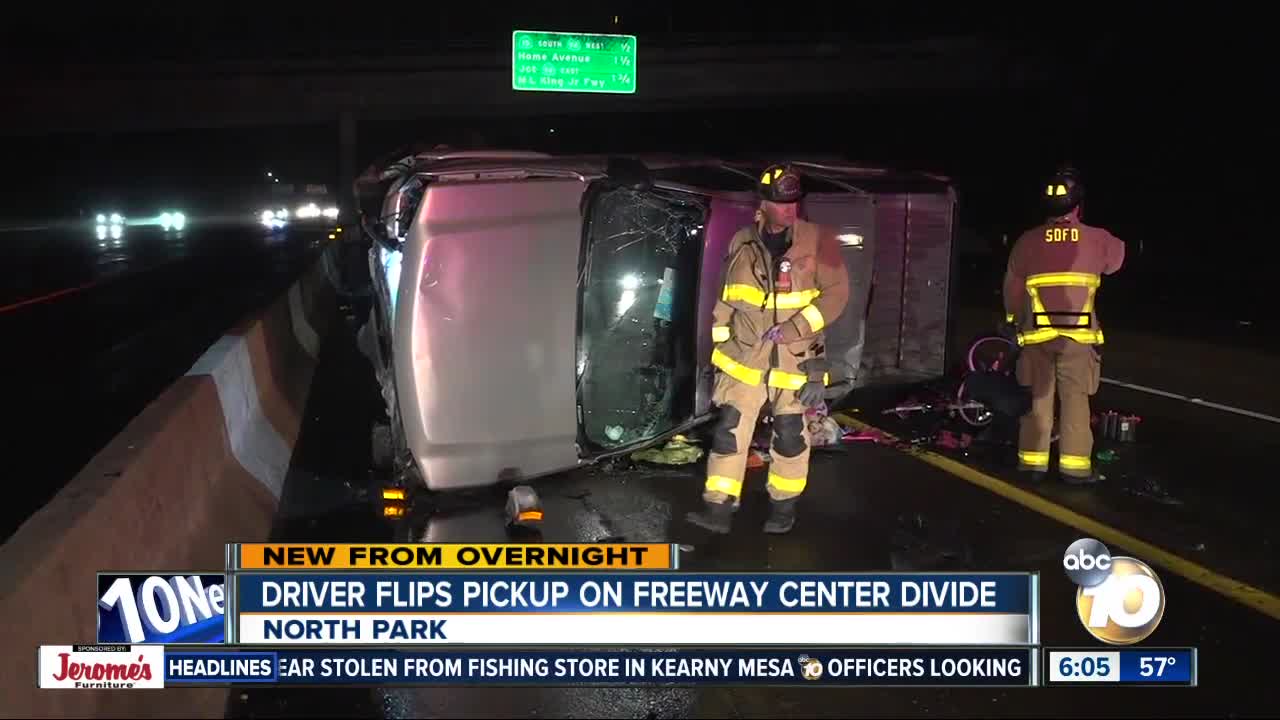 The driver of a pickup truck that crashed into a center divider on I-805 in North Park was nowhere to be found.

SAN DIEGO (KGTV) - A pickup truck slammed into the center divider on Interstate 805 in North Park, but the driver was nowhere to be found after the collision.

The crash happened on the southbound side of I-805 at University Avenue at around 10:30 p.m., according to the California Highway Patrol.

CHP officials said they believe the driver somehow lost control of the truck, collided with the concrete barrier and then flipped onto its side.

The wreck caused a huge chunk of the concrete to be removed from the center divider.

Witnesses said they saw the driver unbuckle the seatbelt, run across the freeway lanes and up an embankment through some bushes.