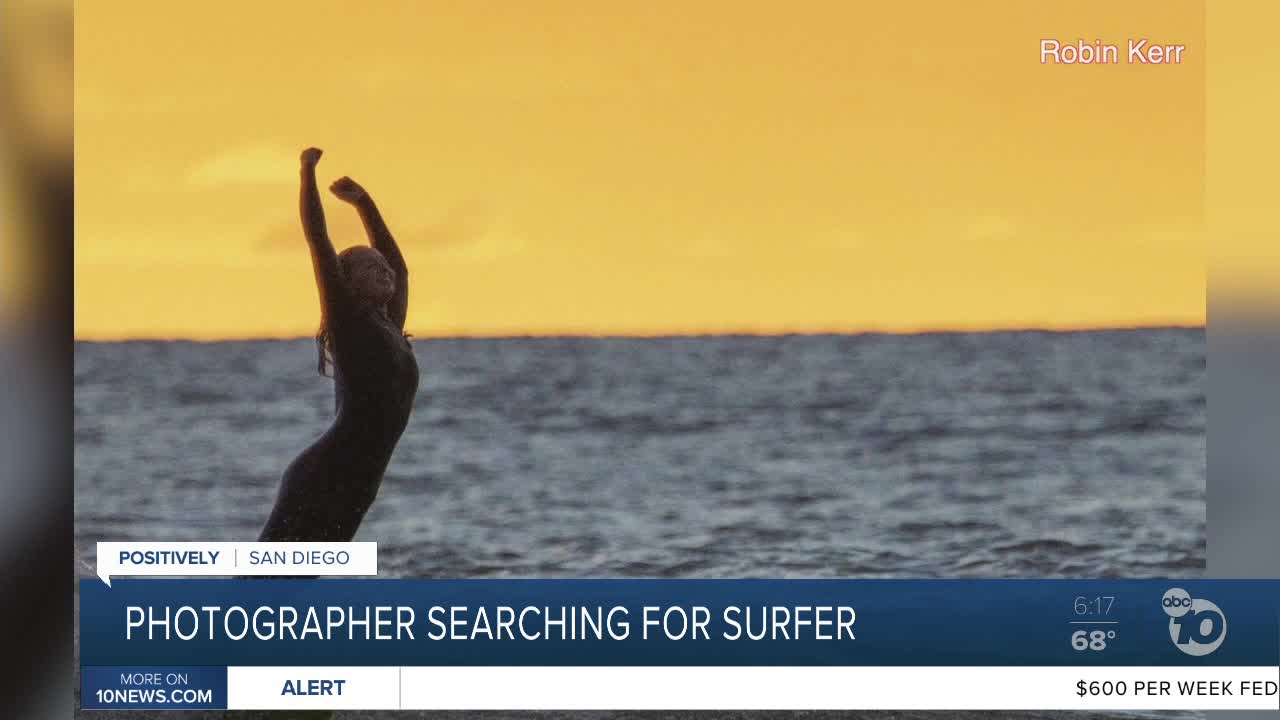 A stunning photo of a female surfer riding the waves was taken at sunset in Cardiff. The photographer who took the image is looking to find her. 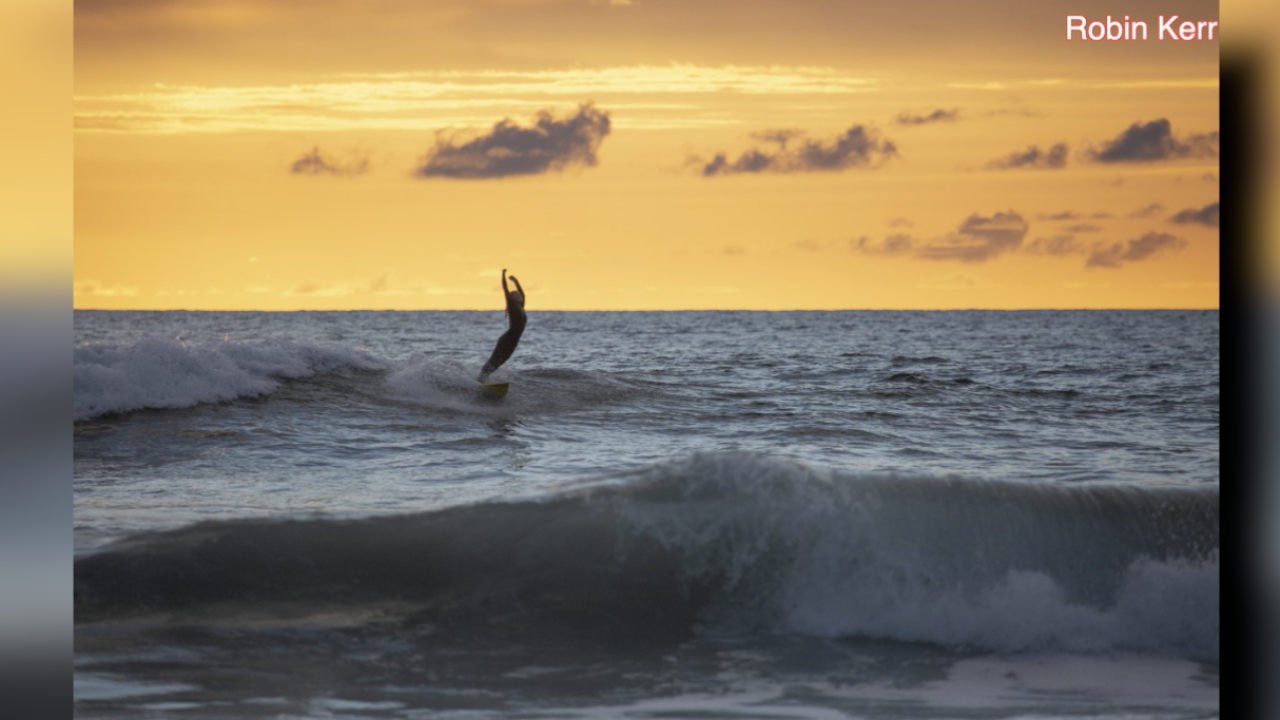 SAN DIEGO (KGTV) -- A stunning photo of a female surfer riding the waves was taken at sunset in Cardiff, and the photographer who took the image is hoping to find her.

Los Angeles-based photographer Robin Kerr is inspired by nature. She has been taking nature and wildlife photos since she was a child.

“My dad lent me his camera on our family vacation to Montana in 1989, ever since then I’ve had the bug,” said Kerr.

Kerr said she had visited some amazing places to take photos, but her trip to San Diego in 2018 is one of her favorites.

“I took a trip down to the San Diego Zoo Safari Park to see all of the wildlife there," said Kerr. “It had rained on and off all day. I was thinking it might be a really great sunset, something dramatic with the clouds.”

Kerr made her way to Cardiff just before it got too dark to snap pictures of the beach. At that moment, she took a stunning photo of a female surfer gliding on the water, in front of a golden sunset.

“You can tell she’s just experiencing so much joy in the photo, doing what she loves," Kerr told ABC 10News.

Kerr said while taking photos of other objects on the beach, she missed meeting the surfer. She posted the picture, and another zoomed-in image of the woman on her social media accounts, hoping to find her. She had no luck. Nearly two years later, she is resuming her search.

“I came across that picture again; I thought man it would be so great to actually find her," Kerr said.

Kerr said she has not been able to retake a photo like this. She would like to gift the woman with a large canvas of the picture when she is able to find her perfect muse.

If you know the woman in the photo and can help connect her with the artist, you can find Kerr on Instagram at @agirlwonder.