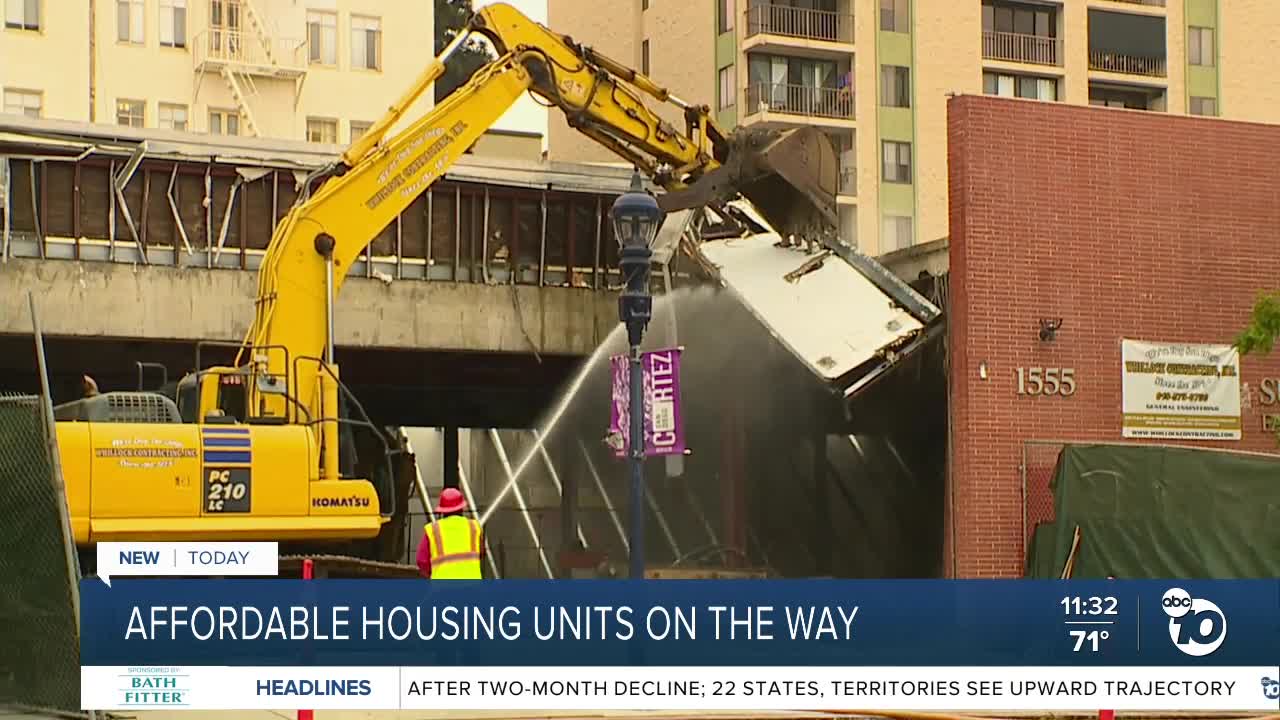 More affordable housing units are on the way to downtown San Diego as the old Family Courthouse is being torn down.

SAN DIEGO (KGTV) -- It will take about a month to get the old Family Courthouse in downtown San Diego demolished and the area cleaned up, and once it’s gone, work will begin on what will replace it -- brand new affordable housing units.

Piece by piece, the building that once heard divorce, custody, and other domestic issues was torn down. In its place will be a new eight-story building with 120 affordable housing units at the corner of Sixth Avenue and Cedar Street.

While it’s been vacant, it was used as a temporary shelter for migrant families seeking asylum. Soon it will become home to senior citizens and other families.

To be eligible for this affordable housing, a household must make less than 60% of the area median Income. For San Diego, according to the San Diego County website, it is less than $48,000 for one person.

“Everyone one wants affordable housing as long as it's not near them, but we know this is where housing needs to go. This location is in an urban environment in a downtown setting along transit corridors, walking distance to services is where we need to go,” Fletcher said.

After the building is demolished, the next step in this project will be to get community input on the design of the unit. They don’t expect to break ground until 2024.