An Ohio man’s journey around the country to raise money and awareness for Parkinson’s disease has taken him to the San Diego area.

(KGTV) - An Ohio man’s journey around the country to raise money and awareness for Parkinson’s disease has taken him to the San Diego area.

Joe Motz completed the first half of his 6,500-mile bicycle trek when he rolled into San Diego on Friday morning.

Motz turned 65 years old on Aug. 2, and as a way to celebrate his birthday, he decided to go on the bike ride in hopes of raising $650,000 for those suffering from Parkinson’s, specifically in the Cincinnati area.

He told 10News’ Scripps sister station WCPO: “Parkinson’s patients will say ‘You know what Joe? I don’t know from one day to the next when I get up, I’ll feel like I’m concrete -- I can’t move -- I can’t do basic things like button my shirt,’” he said. “‘Then the next day I’ll be okay for a while.’”

On the Gearing Up For Good website, Motz said, “My goal is to provide greater access to people with Parkinson’s and other neurological diseases to these integrative health services.”

Motz began his ride in his hometown of Anderson Township, just outside of Cincinnati, on his birthday. He said he expected the journey to take about 90 days. 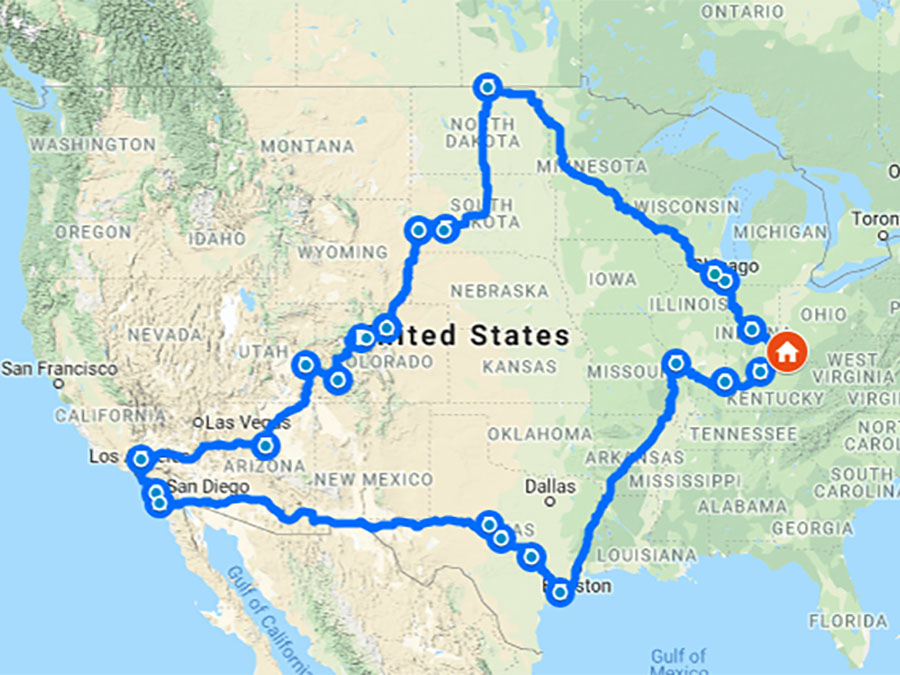 After heading north into North Dakota, Motz made his way south through Colorado, Utah and Arizona, before reaching California.

The back half of Motz’s bike ride will take him through Arizona, New Mexico and Texas, before he pedals home to Ohio.

To celebrate Motz’s arrival in America’s Finest City, a special happy hour event is being held at Thorn Brewing Co. in North Park on Sept. 27, from 4 p.m.-6 p.m.