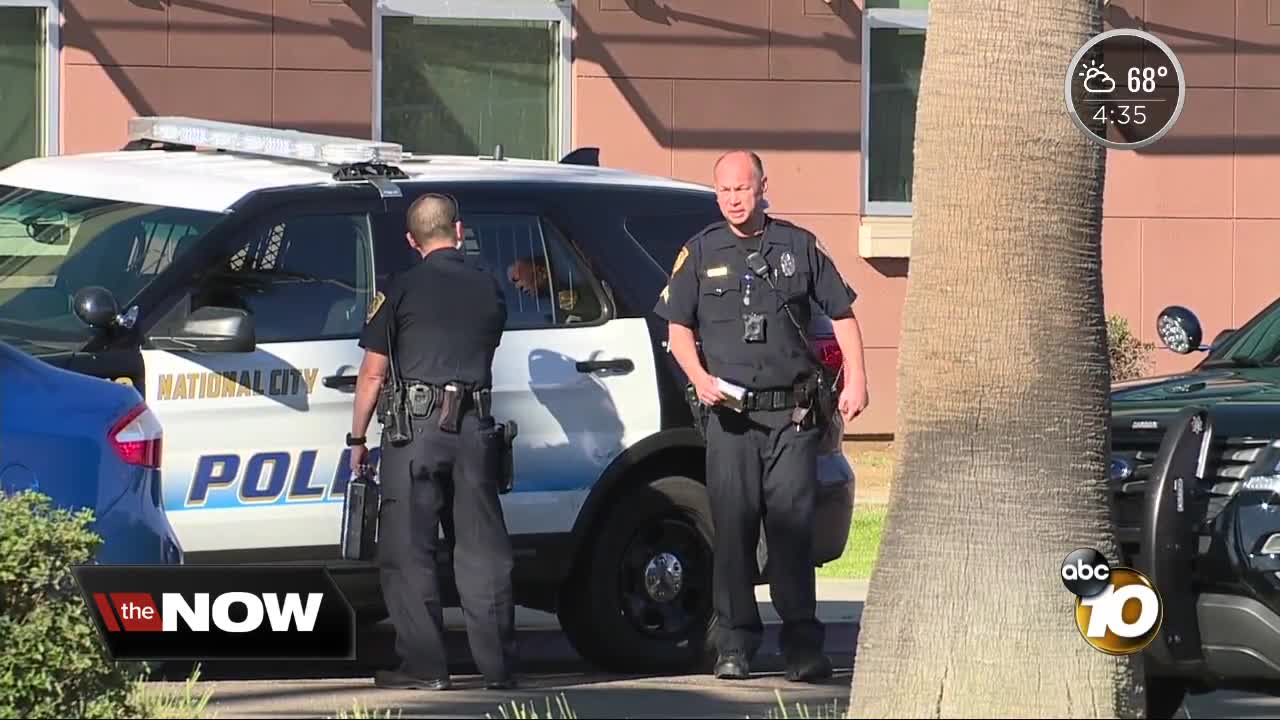 Sweetwater High School was placed into a security protocol Thursday morning after a student reportedly brought a gun to campus and showed it to classmates. 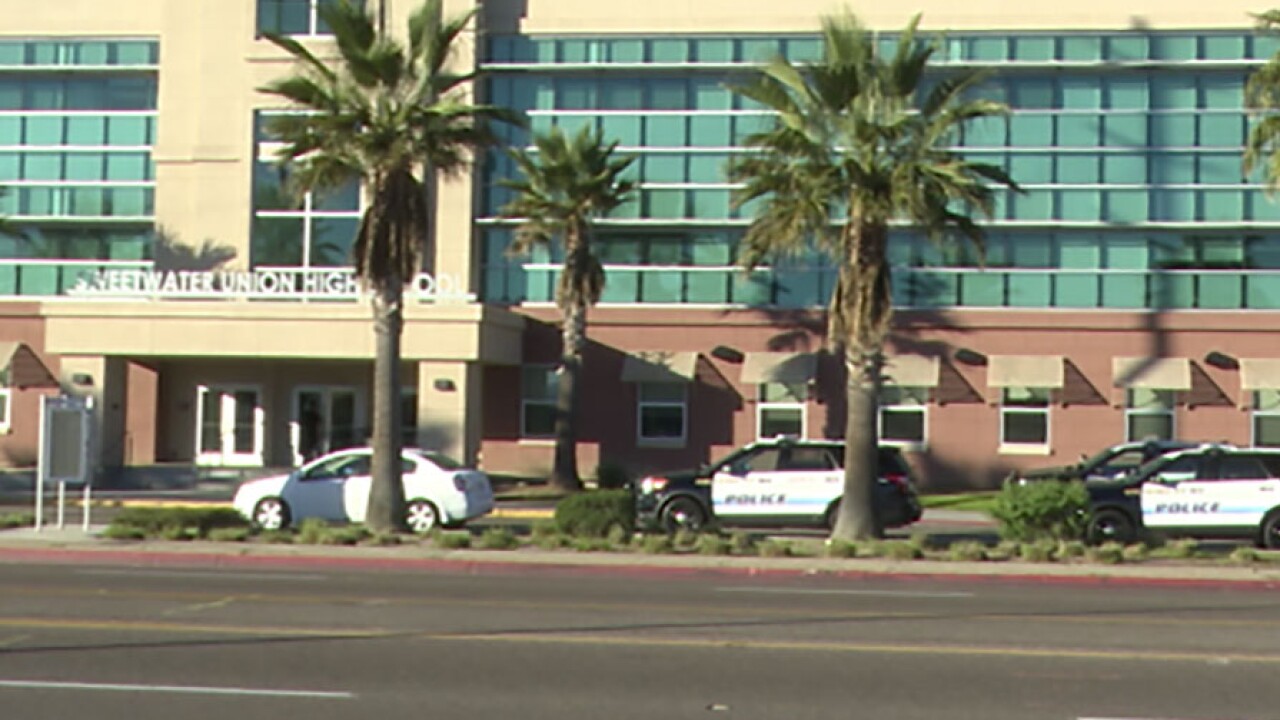 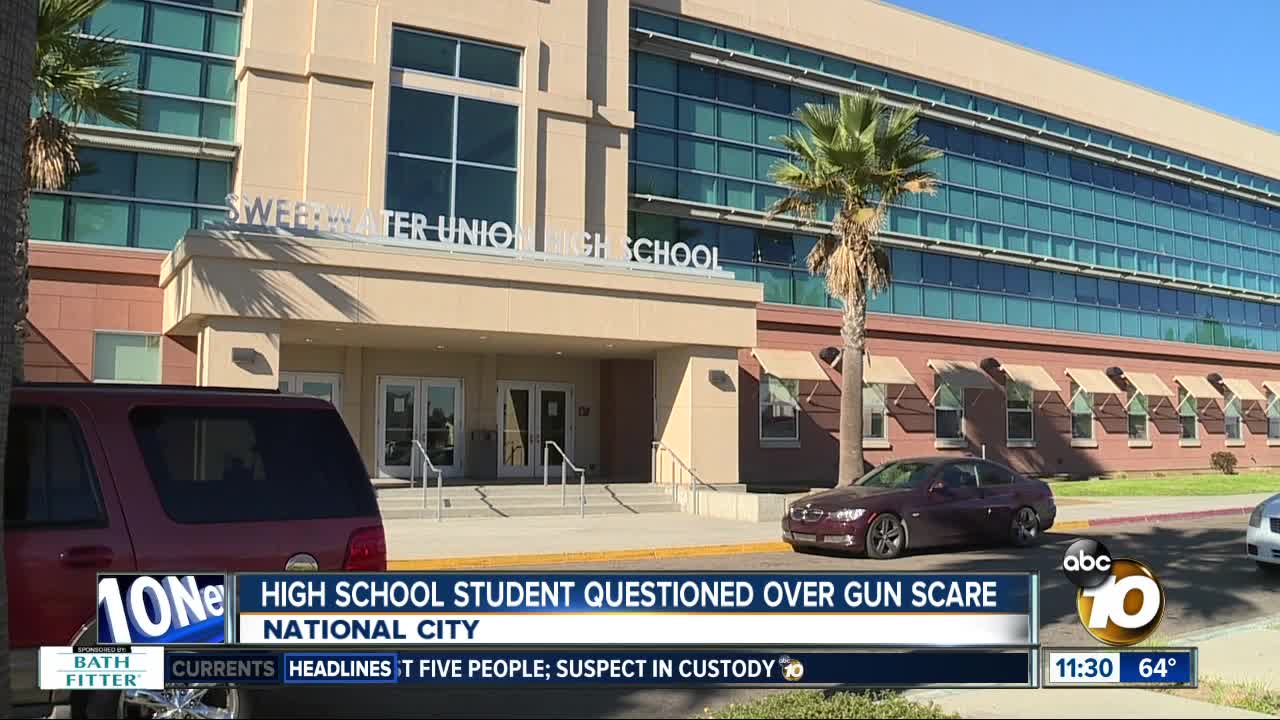 NATIONAL CITY, Calif. (KGTV) - Sweetwater High School was placed into a security protocol Thursday morning after a student reportedly brought a gun to campus and showed it to classmates.

Shortly after 8 a.m., school officials were notified by students who said a male 9th grader had a gun in his backpack and was showing it off to others, but not in a threatening manner.

The campus was secured, and National City police were called to the school to look for the student.

The student was located in a classroom and removed without incident for questioning. During the questioning and investigation, the gun was determined to be a pellet gun that looked similar to a real firearm.

The boy was not immediately arrested, 10News learned. School officials and police are looking into the matter to determine why he brought the weapon to campus. His friends and parents will also be interviewed as part of the investigation.

10News learned the school was not locked down, instead going into what is called a "secure campus" mode. The protocol, which all San Diego County schools practice, is in place to allow schools to operate normally while officials and law enforcement investigate a possible incident.

"Sometimes when you go into a lockdown, the student’s alerted," said Sweetwater Union High School District spokesman Manny Rubio. “They may be aware it’s about them and that can create a more chaotic or panicked situation."

During a secure campus, no one is allowed to enter or leave the school grounds, and all classrooms are locked.

The district said with a secure campus, parents are not immediately notified. Emails are sent later to inform them of what occurred.

The overall goal of the secure campus is to handle a situation without spreading unnecessary panic, and Rubio said the school’s administration feels it worked well on Thursday.