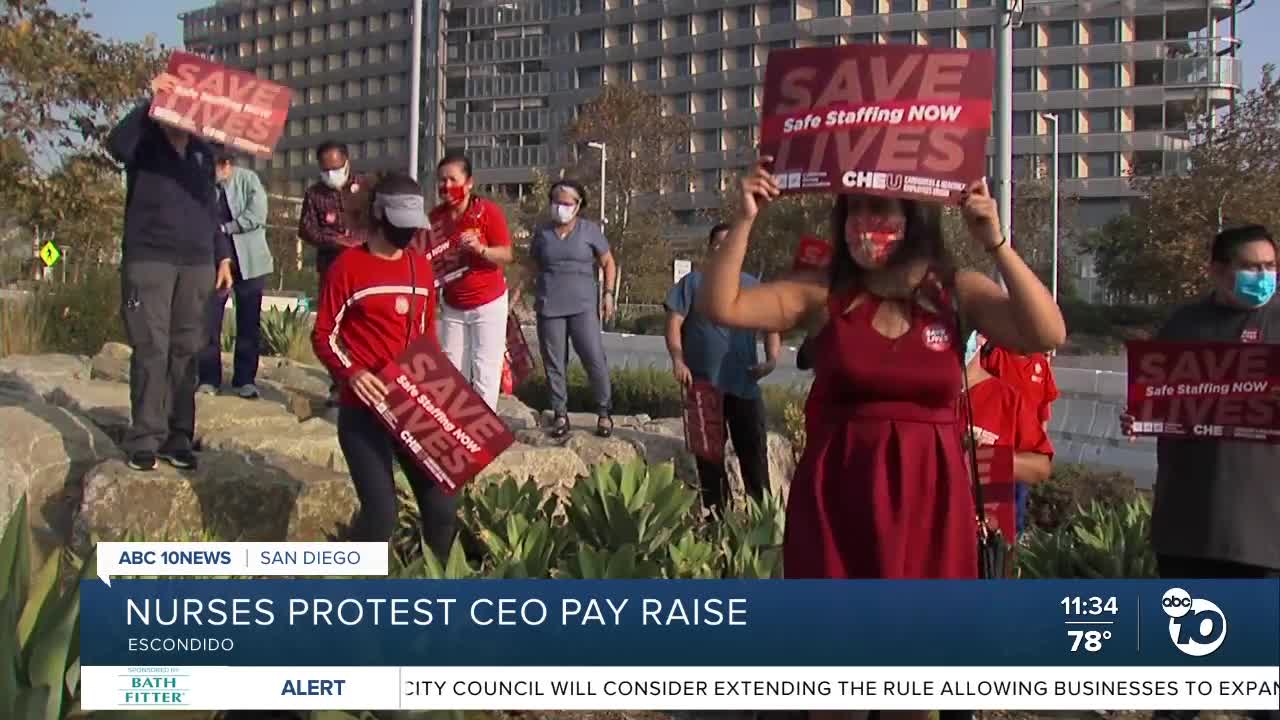 SAN DIEGO (KGTV) -- The message from nurses and caregivers Tuesday morning was clear, "it's a question of priorities for entire healthcare system."

The contract details a base salary close to $1 million, with potential of earning bonuses, increasing that amount. Frontline workers argue that because COVID-19 led to an increase of patients, and layoffs of caregivers and nurses, "the board should have invested in resources and more protective equipment. Some of the PPE is not even medical grade, and everyone who's been laid off should be brought back," said representative for California's nurses association, Sarah Gurling. Gurling joined other reps and nurses in a protest at Palomar Medical Center, arguing funds should have been allocated towards other resources within their facilities.

"Caregivers and nurses are the heart of the hospital. We know what's best for patients and each other. The hospital executives and the Palomar board has lost sight of that."

Meahwhile, Palomar's health board chair, Richard Engel, stands behind his decision. He said Hansen has done a tremendous job and credits much of the hospital's success through her work. Engel added her salary is comparable to other hospital's CEO's.

Registered nurse, Sue Phillips, said their efforts will continue no matter what. "We want the community to know we're here, we're going to keep fighting for them."