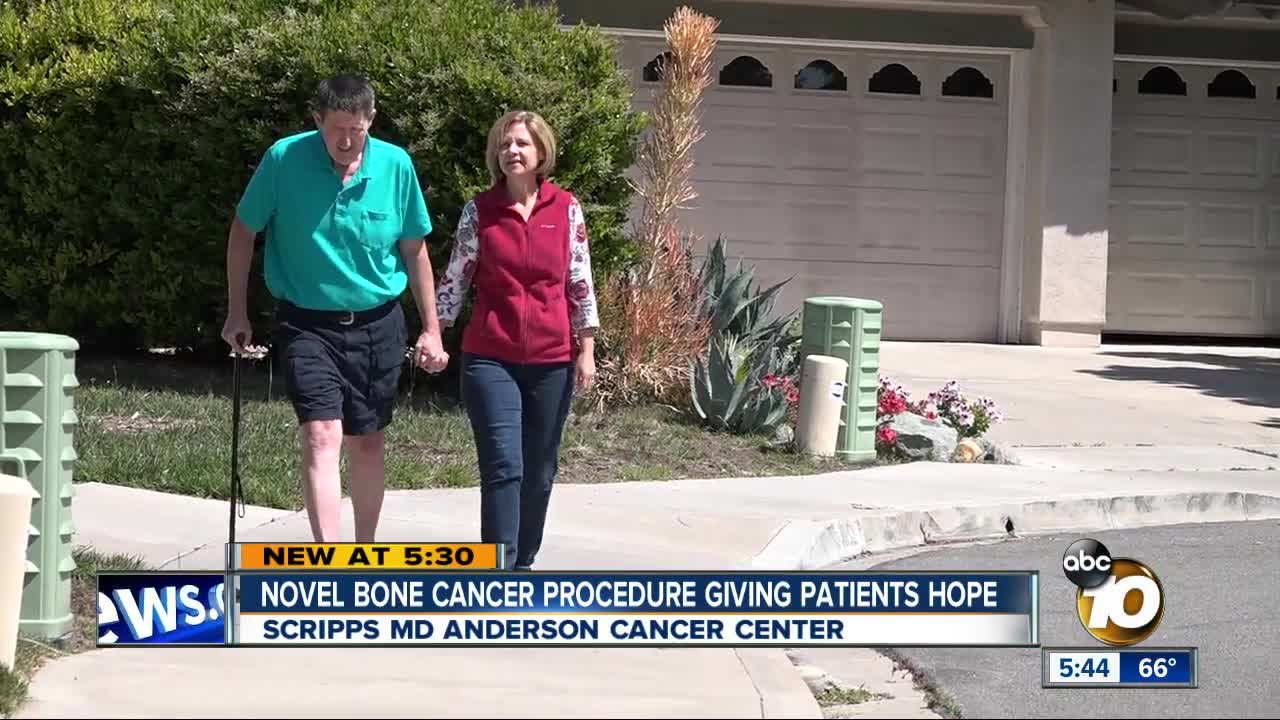 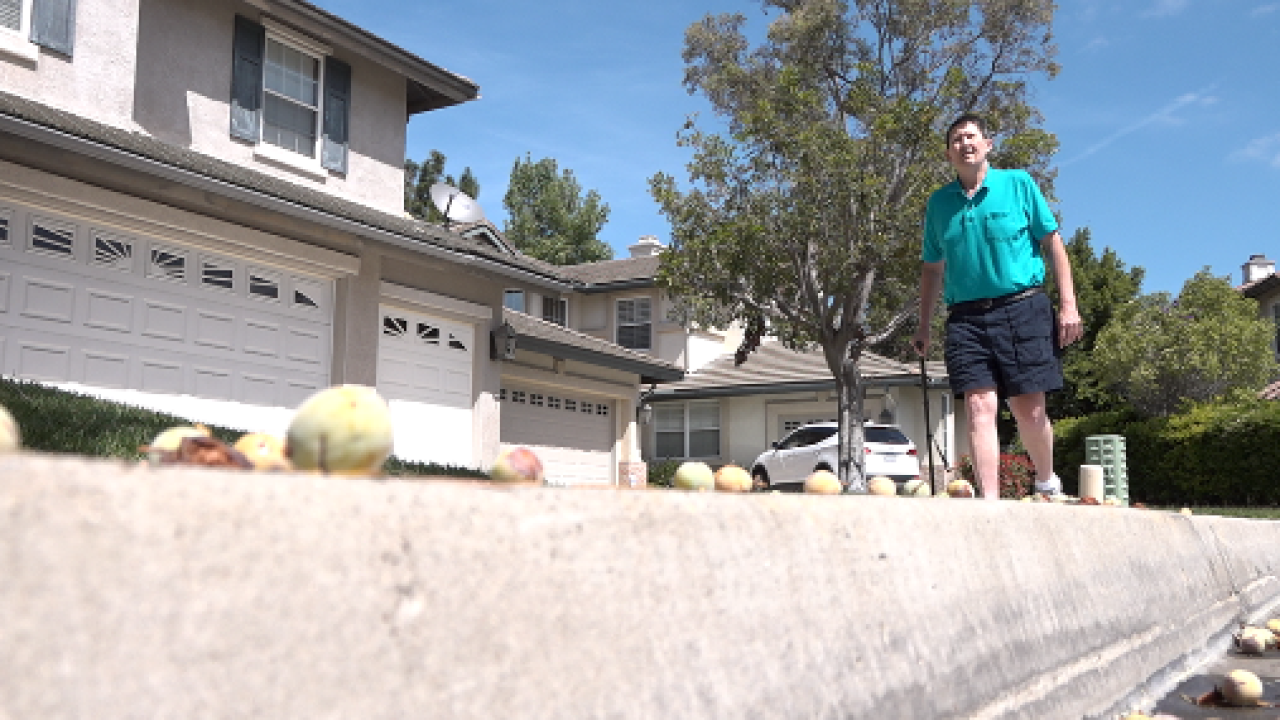 SAN DIEGO (KGTV) - Walking down the street to your mailbox may seem mundane, but for Chula Vista resident Erich Boldt it's a milestone.

Last summer he was diagnosed with bone cancer after doctors found a tumor in his pelvic bone.

“I was stunned, I didn’t expect it. I just kind of went into shock," remembers Boldt.

“It’s one of the very few tumors we couldn't successfully treat with either chemotherapy or radiation, so you have to take out the tumor, and the tumor takes out the bone," said Dr. Anna Kulidjian, Director of Orthopedic Oncology at Scripps M.D. Anderson Cancer Center

The procedure traditionally leaves patients with a floating femur that can make one leg four inches shorter than the other - the patient is often unable to walk.

“That possibility was very disturbing. I feared that more than death," said Boldt.

Determined to give Boldt a different outcome, Dr. Kulidjian took his case to a conference where she learned about a new device developed in Germany.

The device connects the remaining pelvic bone to the femur.

“This truly changes our ability to offer some kind of a hope," said Dr. Kulidjian. “Erich is sort of first proving how much is possible. So it's early to say, but we’re hoping that we’ll learn through him and through his perseverance and his hard work.”

Boldt's 10-hour surgery was successful, and he's now able to walk with a cane after months of physical therapy.

“It’s really the difference between hope and hopelessness," said Boldt.

While the U.S Food and Drug Administration has not yet approved the device, Dr. Kulidjian obtained a special compassionate use approval for Boldt's procedure.