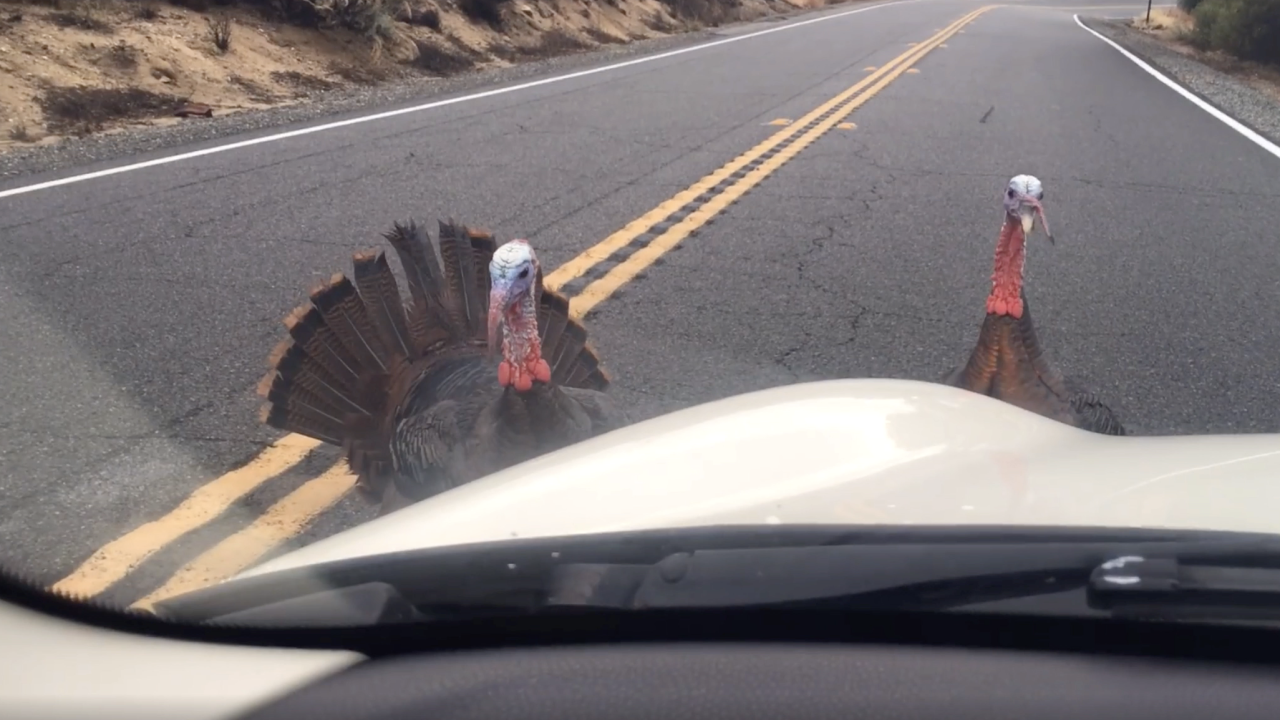 WARNER SPRINGS, Calif. (KGTV) - Just ahead of Thanksgiving, a driver had a rare encounter with two wild turkeys on a highway in northeast San Diego County this week.

Patrice Malloy was driving south on SR-79 to the community of Warner Springs Wednesday morning when she spotted the turkeys ahead of her on the road.

“They were right in front of me; they wouldn’t move,” said Malloy.

She slowed her Mini Cooper and honked, but that only attracted the birds’ attention.

The turkeys, both male, stood in the road in front of Malloy’s car and wouldn’t move. She grabbed her camera to get proof of the unusual confrontation.

“There’s always wildlife,” Malloy said, noting this was her first experience with wild turkeys. “I’ve dodged quail…and there are coyotes.”

Eventually, another car approached from behind, which drew the ire of the turkeys. Malloy used the opportunity to drive away, flashing her lights at other drivers to warn them about the wildlife hazard.

Malloy says it’s mating season for turkeys, which explains the two animals on the move.