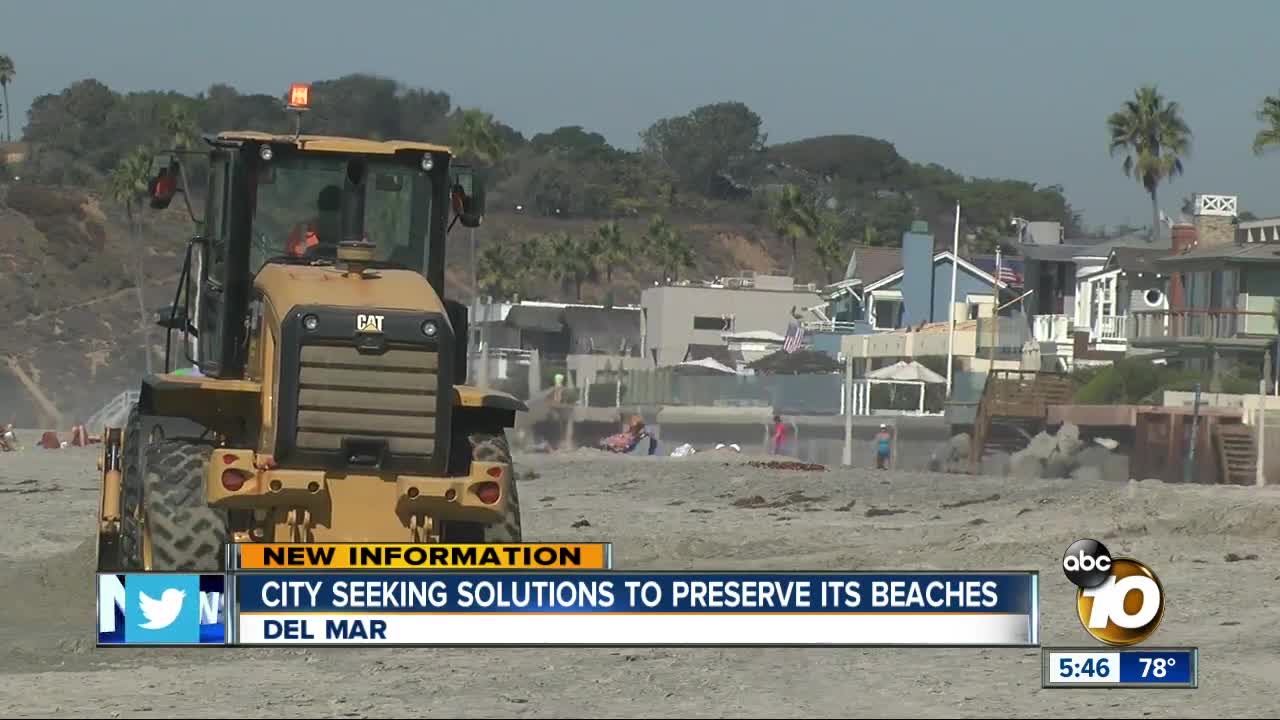 A bulldozer up and down Del Mar's beach is just a temporary beach preservation solution amid sea level rise, city officials say. 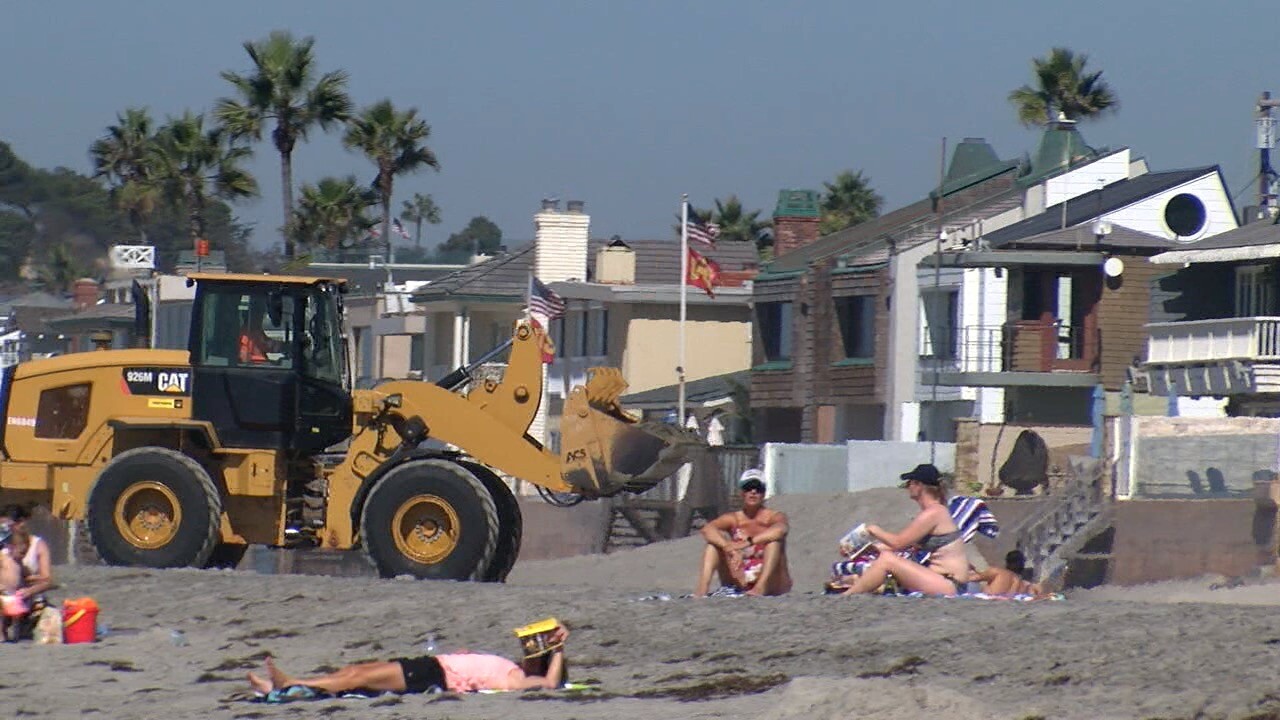 DEL MAR, Calif. (KGTV) — There's something of a spectacle along the beach in Del Mar these days: A bulldozer that's helping to preserve the city's main attraction.

The heavy equipment is taking wet sand from the water line up to the public entrance areas, where it will protect access points to the beach.

On Wednesday, the work was being done near the 23rd Street entrance. On Tuesday, it was closer to homes near 29th Street.

Worden says the bulldozer can only do so much.

In the bigger picture, the city is negotiating with the California Coastal Commission on how it can combat rising sea levels. Worden noted that scientists have predicted the sea level to rise by six feet by the year 2100.

"If it rises, it's going to erode the beaches, if it floods more from climate change, we'll have more flood water coming down and putting them at risk, so it's a combination," he said.

Worden says the city has a plan to preserve its beaches through at least 2050 largely through a sand replenishment program, which the commission has not approved.

He said Del Mar has put a controversial plan called "Managed Retreat" off the table. Managed Retreat could entail removing the multi-million dollar homes that line the shore to allow the beach to expand inland.

The Coastal Commission has given the city 25 suggestions on its plan. Worden, however, said some of those suggestions appear to be nudging the city toward practices that could be like Managed Retreat.

"If you look at the 25 changes, they're kind of gumming around that back and through the kitchen door," he said.

The two agencies will next meet in February. A spokeswoman for the commission did not immediately respond to a 10News request for comment.