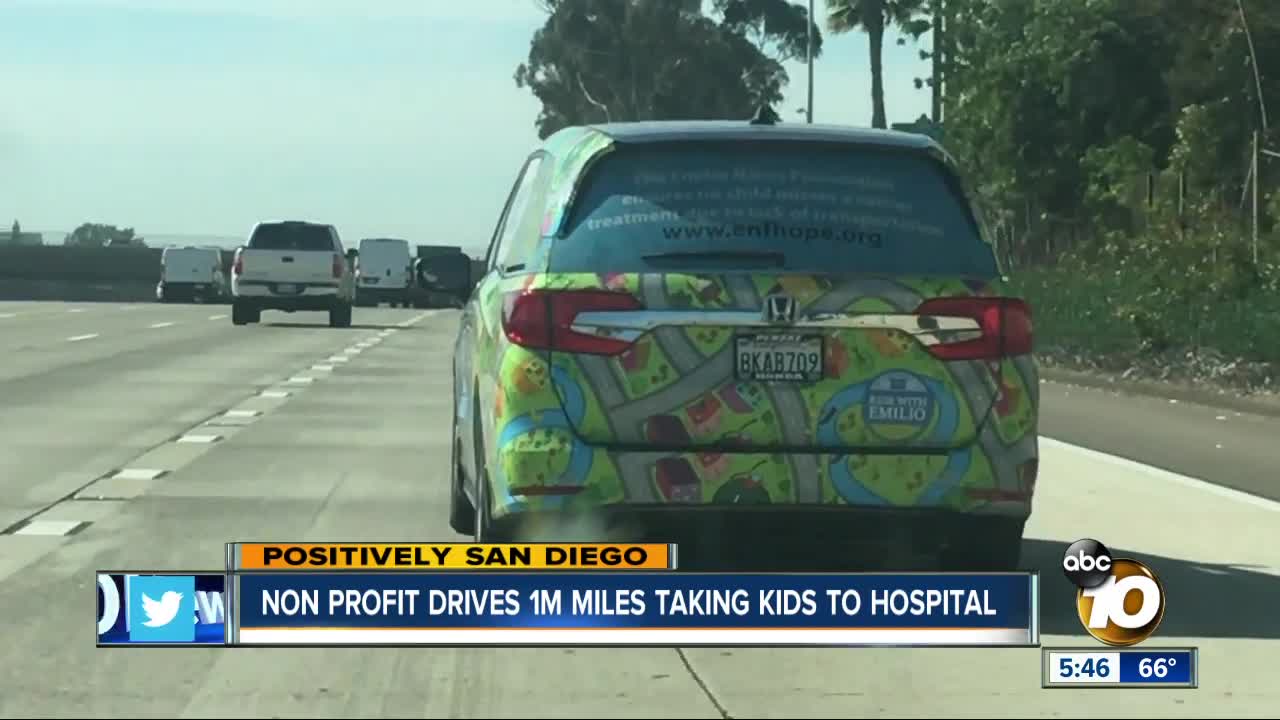 San Diego non-profit, Emilio Nares Foundation, that drives sick kids and their families to the hospital is celebrating one million miles. 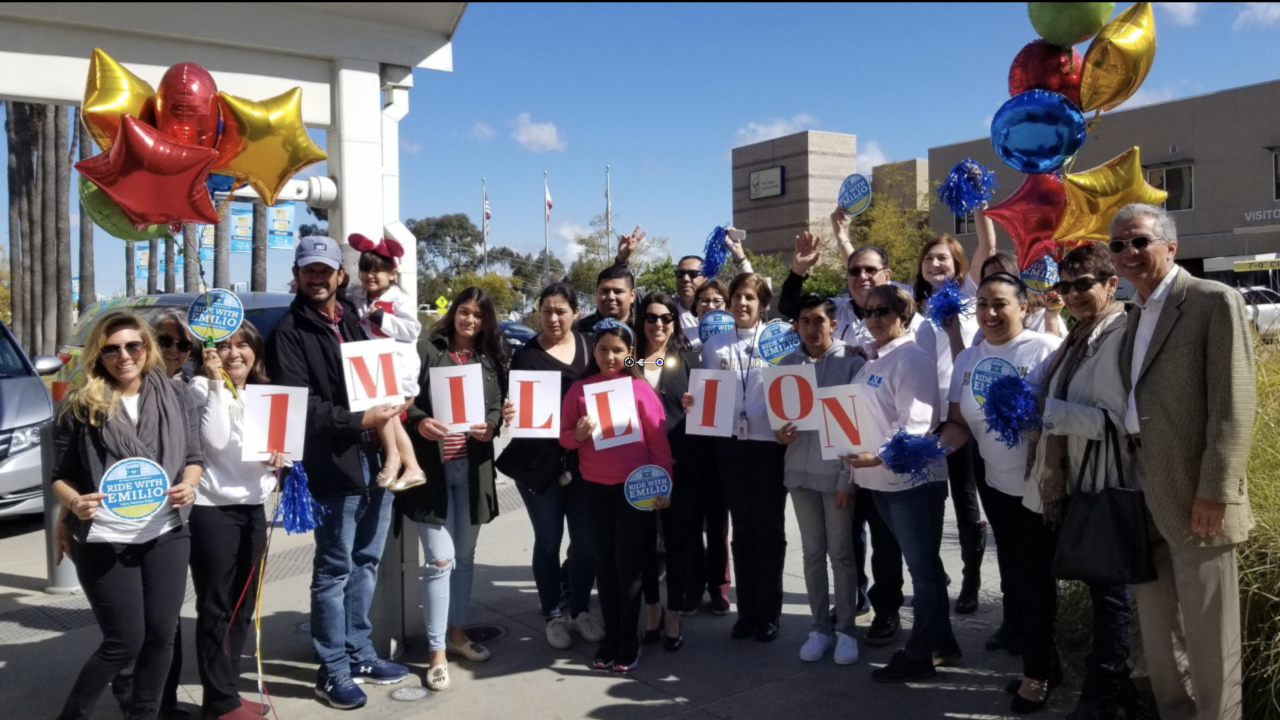 SAN DIEGO (KGTV) - A non-profit that drives sick kids and their families to the hospital is celebrating one million miles.

They were one of ENF's first rides.

The non-profit was founded in 2003 and began giving rides in August 2005, according to ENF Vice President of Programs Luz Quiroga. The program expanded from San Diego to Orange County in 2009. Rides started in the Imperial Valley in 2015, and expanded again to San Bernardino, Riverside, and South Los Angeles in 2019.

The founders lost their son, Emilio, when he was 6 years old to leukemia. During the exhausting hours of treatment, Emilio's parents realized other families didn't have enough support. When Emilio passed, they turned his loss into a legacy.

Johnson said Tay Tay was first diagnosed with a tumor the size of a golf ball in her chest when she was 4-and-a-half years old.

"It was behind her left lung, it was growing attached to her lung," Johnson said.

She found it hard to get to doctor's appointments and treatment.

'It was about three buses, two trolleys and a bus on the other side,' Johnson said. The trip took two and a half hours, then they had to walk up a hill to get to Rady Children's Hospital.

In the doctor's office she saw a flier for the Emilio Nares Foundation, and they have been getting picked up ever since, shortening their trip to a half-hour door-to-door.

Once they kicked the tumor in Tay Tay's chest, they found out when Tay Tay was 15 that she had a brain tumor.

"She's 19 years old now, so she literally is a walking blessing, a walking miracle, and I wouldn't trade her for nothing in the world," Johnson said smiling, pinching her daughter's cheek.

Johnson said without the foundation she would have been in tears and they absolutely saved her daughter's life.

With the foundation celebrating one million miles, Johnson is working on understanding the impact the foundation had not only on their lives, but on 4,000 children.

"I wanna cry, because I know I'm crying but the tears won't come out because they're all on the inside, but it's amazing. I'm just happy and blessed for you guys," Johnson said hugging CEO Karen Terra.

She hopes telling her story will get more families the help they need.

ENF kicked off their "Ride with Emilio" campaign Monday and it continues through the end of the month. The goal is to raise awareness for families who need this service as well as the funds to keep it going (donations are being accepted here.)