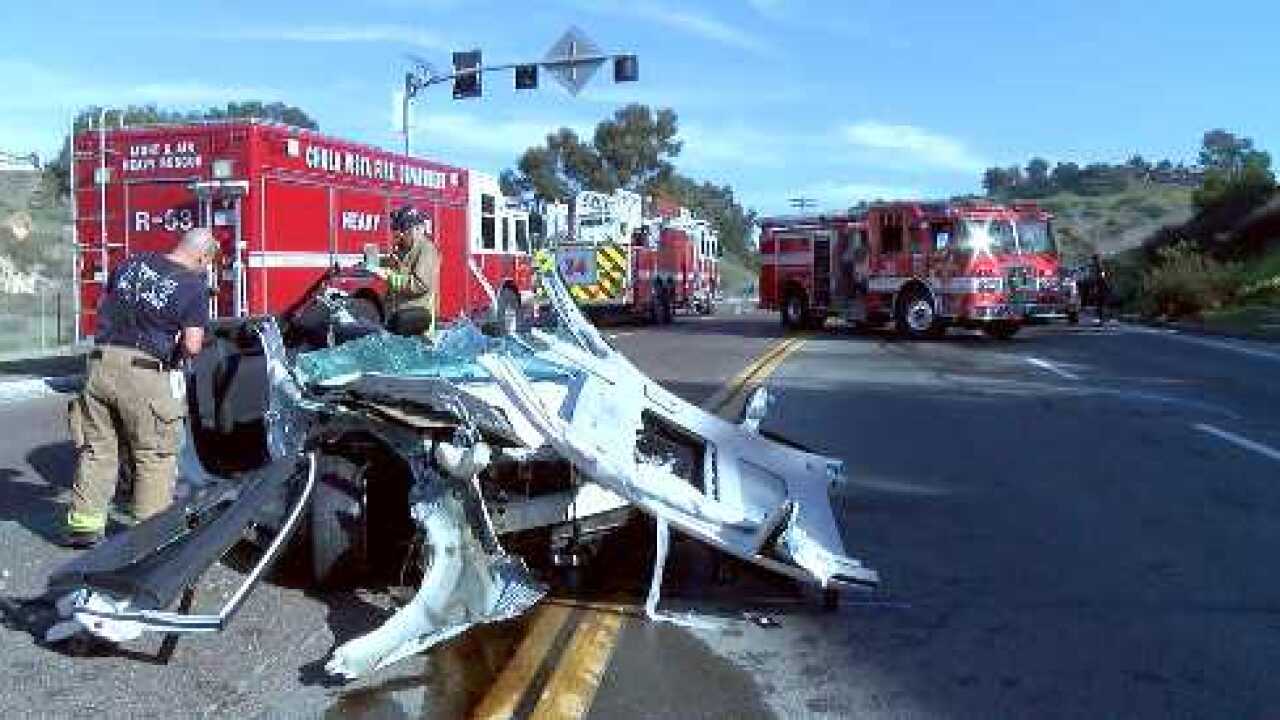 NATIONAL CITY (KGTV)- Nine people were taken to the hospital after a head on crash in National City Thursday afternoon.

Police say the driver of a white Scion was speeding westbound on Paradise Valley Road when they lost control of the car, crossed the double yellow lines and hit another car head on.

Both cars had three other passengers inside and a third car was involved, one person from that car was also transported to the hospital.

Police say there are no life threatening injuries. Multiple people had to be extracted from the cars. Responding crews used the jaws of life to get them out.