New round of complaints on high water bills 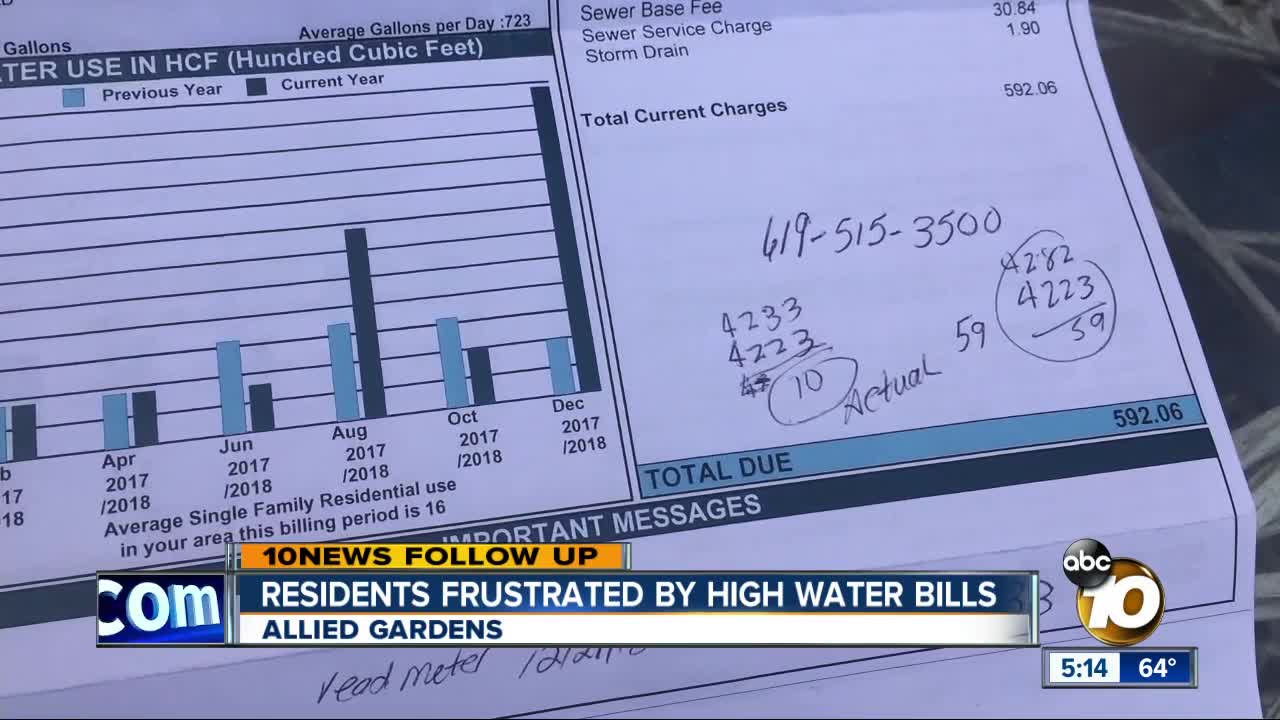 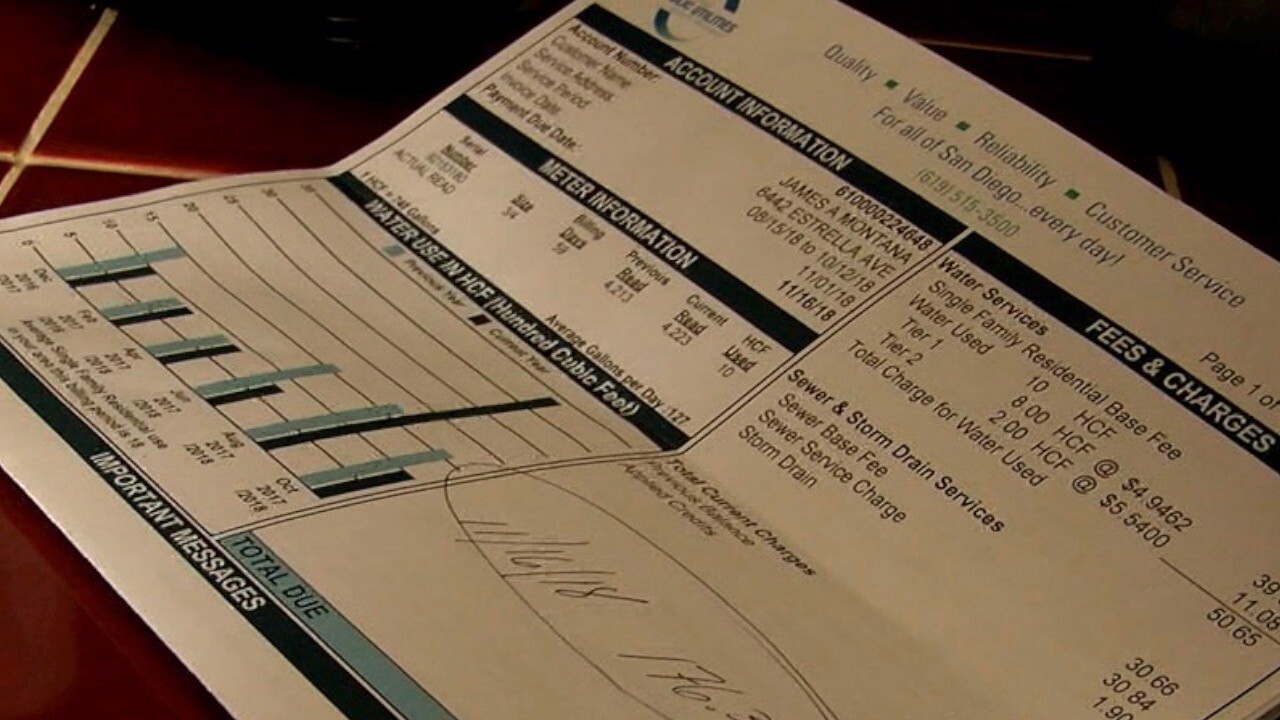 SAN DIEGO -- A group of Allied Gardens residents say they are receiving outrageously high water bills from the city of San Diego.

It's the latest flare up in an issue that has already caused major changes at City Hall. A 2018 audit found that nearly 3,000 families were sent incorrect bills, largely due to human error reading the meters. The city says it is working to create more meter-reader oversight and improve the customer service experience.

Jim Montana got a nearly $600 water bill in December, which was triple the norm.

"I'm not wealthy, and I know a lot of people in San Diego have it worse than I do, and I don't know how they're making it in with these water bills," he said.

Multiple neighbors are posting on Nextdoor.com saying they've also been getting outrageously high bills. Montana says he has complained for years about a lack of accessibility and transparency when it comes to raising issues with the city's billing.

"They never give you a good answer for what the problem is," he said. The city is working to change that.

This time, Montana called the city and the representative asked him to read his own meter, which was covered by dirt and condensation. He relayed the numbers, and the city adjusted his bill from nearly $600 to less than $160.

Last month, the City Council voted to spend $25 million to add transmitters to 250,000 meters across San Diego. That would allow real-time tracking and should eliminate human error. A roll-out plan should be announced in the next few months.