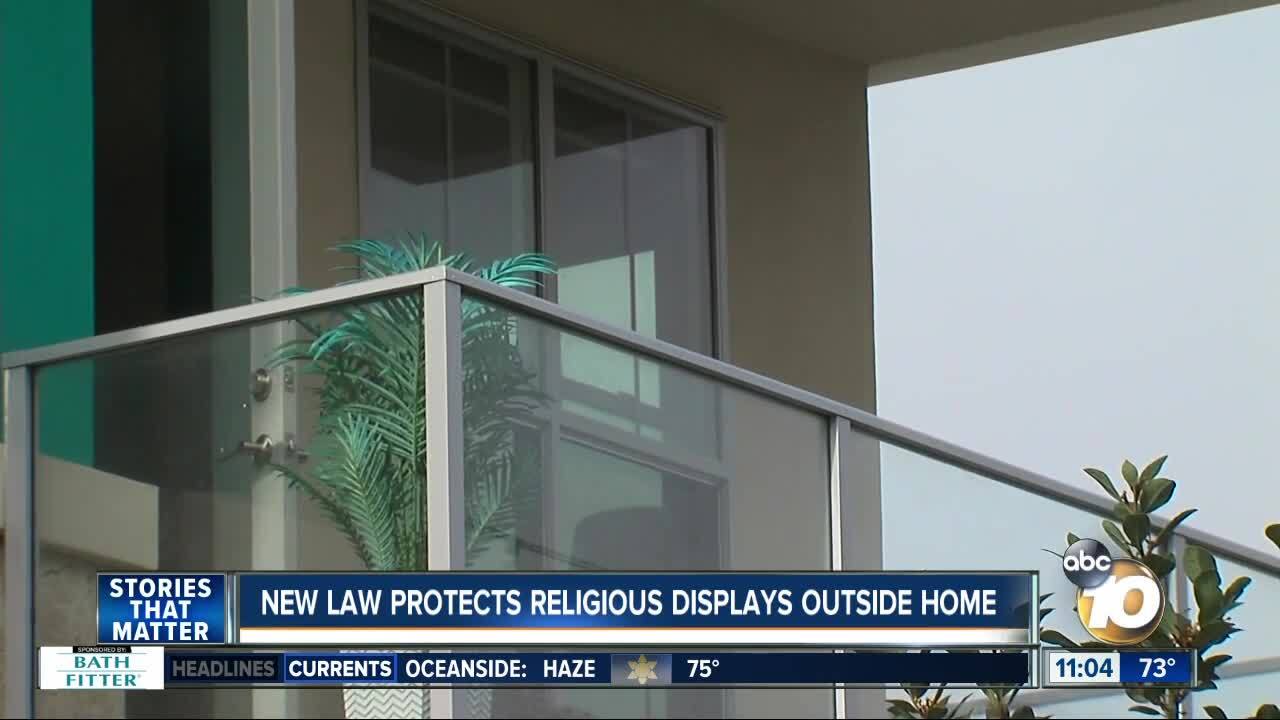 SAN DIEGO (KGTV) — A state measure just signed into law prohibits landlords and HOAs from discriminating against tenants and members who display religious items on their doors.

The new rule stems from a dispute in Little Italy between residents and their HOA.

The law "protects the display of a religious item within 15x30 square inches, as long as it does not interfere with the opening or closing of the door," Matt Wagner, with the Anti-Defamation League.

The display must not "interfere with building operations and must be posted do to a sincere religious belief," says Matt Wagner, with the Anti-Defamation League.

The bill was written after a Jewish family in Little Italy was told by their HOA to take down the mezuzah on their door. The HOA has not been named.

The posting of the mezuzah is required of all observant Jews. If the display is not posted, it renders a Jewish family essentially unable to live in the home.

The Anti-Defamation League stepped in asking the HOA to allow the posting of the religious symbol, but they refused.

The new law applies to HOA's and all landlords throughout the state.

"Just because you are a renter… doesn't mean you lose your right to religious freedom or expression," says Assemblymember Todd Gloria. "You are entitled to the same rights and the same protections as a tenant. We now have made that clear with Senate Bill 652."

10News learned the HOA who refused to allow the posting of the religious symbol is now in litigation.