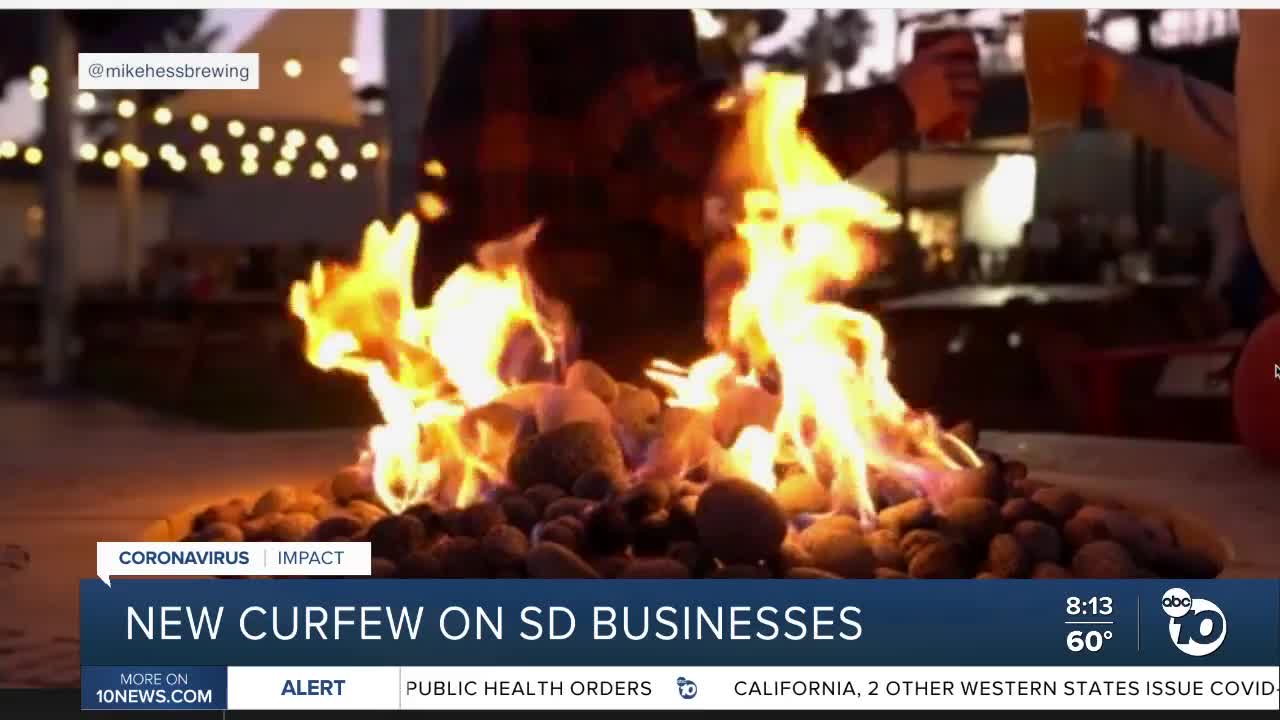 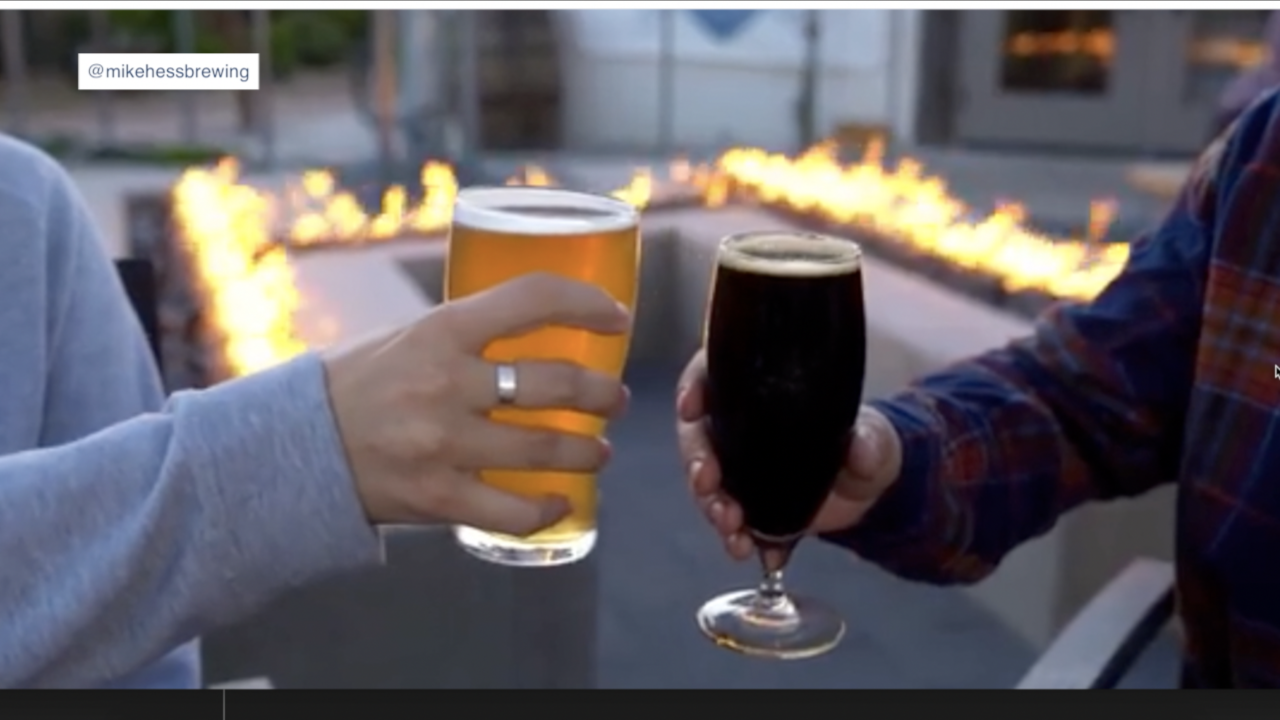 SAN DIEGO (KGTV) - Saturday a new curfew went into effect for San Diego businesses, in an attempt to slow the sky-rocketing coronavirus cases across the state.

This alarming rise in cases urged California Governor Gavin Newsom to issue a limited stay-at-home order for counties in the purple tier, shutting all businesses down 10 p.m. - 5 a.m. until Dec. 21.

That cuts restaurants down about an hour from the way they were operating prior, according to Mike Hess, founder of Mike Hess Brewing.

"It gets my crew home earlier, it's just another thing to deal with, it's a month maybe it's longer we'll see, we'll keep going," he said.

He's not worried so much about the latest change.

"This has been the year of hits, I mean it's one after another," Hess said he's concerned about winter weather coming.

"Heaters are in shortage, you know covered space, you know that kind of thing, it's tough to shelter people on a sidewalk," he said.

He said he's thankful for his incredible team who is taking the punches with him.

"Everybody says pivot I think it's more than pivot, you have to be flexible," he said.

Hess said he's thankful his doors are open and business is good, "production is up this year, we're putting everything in cans so that's been good, and our on-site locations have been doing pretty well this year."

Hess longs to bring a sense of community back, "I long for those days when people can mingle and say hey! Who are you? and find you have other interests in common other than going to Mike Hess Brewing."