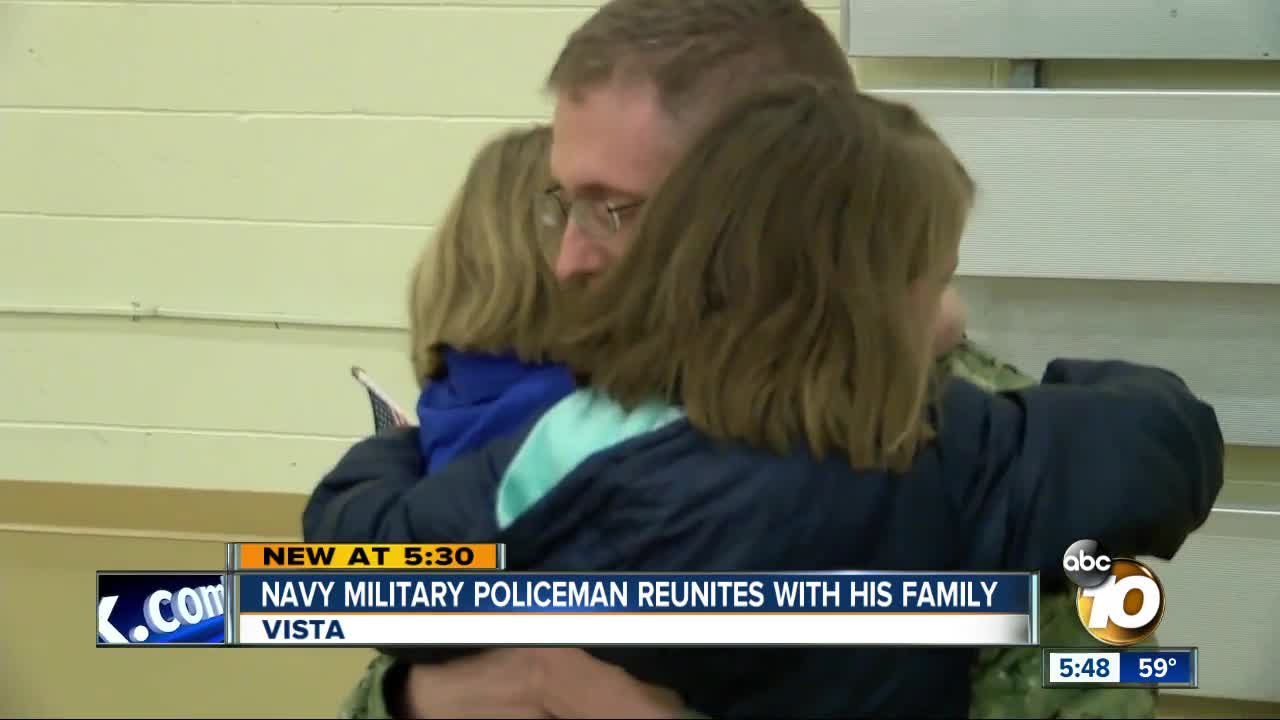 VISTA, Calif. (KGTV) -- A Navy Master of Arms pulled off an epic surprise Tuesday afternoon, returning home from a long deployment a week early and showing up at his children's school.

“I’ve been gone, away from them almost a year now, and so I wanted to do something where we could look one day and remember this," Cody Cowley told 10News in an interview just before springing the surprise.

Cowley serves aboard the USS Abraham Lincoln, an aircraft carrier which is on one of the longest deployments since the end of the Vietnam War.

The USS Abraham Lincoln deported from its former homeport in Virginia on April 1, 2019 and spent much of the last nine months in the Middle East as tensions rose with Iran.

When Cowley was told he could go home early, he decided to surprise his family.

There was an added challenge because the Lincoln's homeport changed to San Diego during the deployment, meaning his family had to move without him.

Cowley had never even seen his new home in Vista. His parents helped him book plane tickets so his wife, Katie, would not see the credit card charge. Katie went out to lunch with a friend and was shocked when Cowley delivered the meal to her table. It "...almost made me cry my fake eyelashes off," she said.

The two then went to Springs Charter School, where Lily is a 1st grader and Lennon is in kindergarten. Their classes were brought in under the guise of practicing the Pledge of Allegiance.

Once the recitation was finished, the principal announced a special guest. Cowley walked out from behind a curtain. Lennon cried "Daddy!" and ran into his arms, with Lily just behind.

"Incredible," Cowley said, with his two children in his arms. "Can't put it into words."