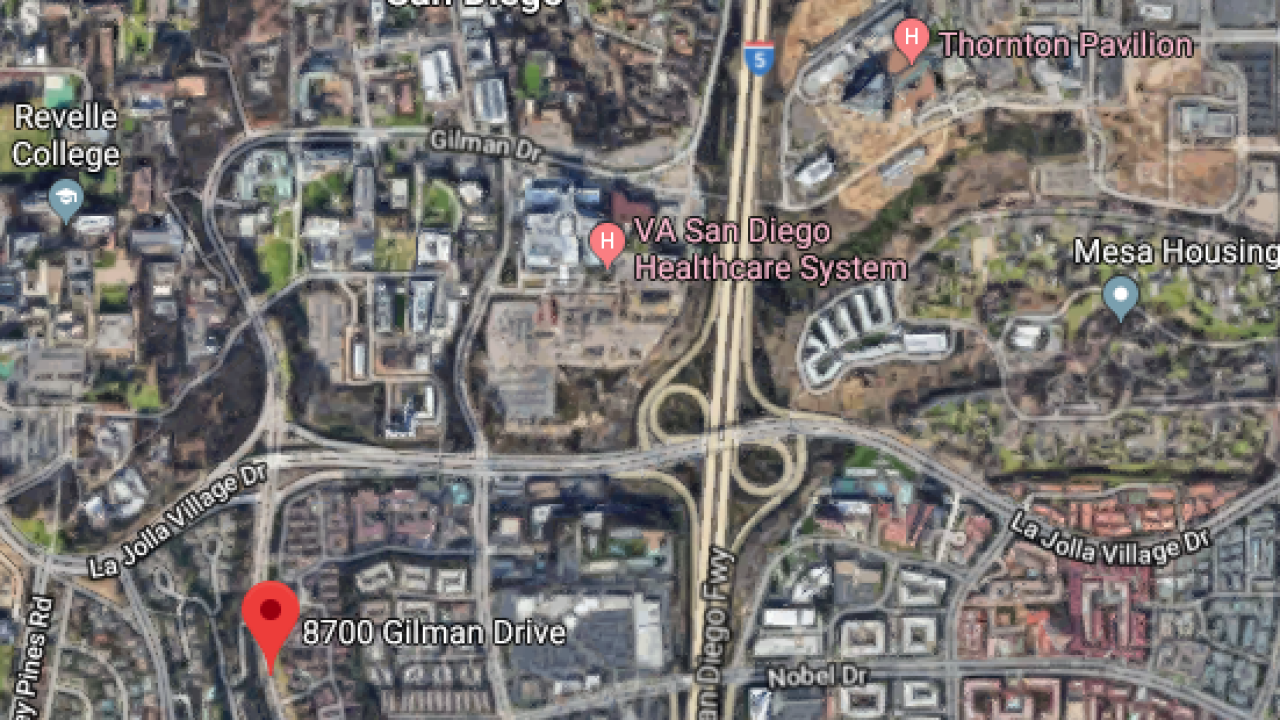 SAN DIEGO (CNS) - A motorcyclist was killed Tuesday morning in a collision with an SUV on a La Jolla street, police said.

The motorcyclist, who was not immediately identified, was pronounced dead at Scripps Memorial Hospital La Jolla, Stirk said.

The driver of the Toyota Highlander involved in the collision remained at the scene and cooperated with officers, Stirk said.

A SigAlert was issued around 9 a.m. with the closure of the northbound lanes of Gilman Drive between Villa La Jolla and La Jolla Village drives.