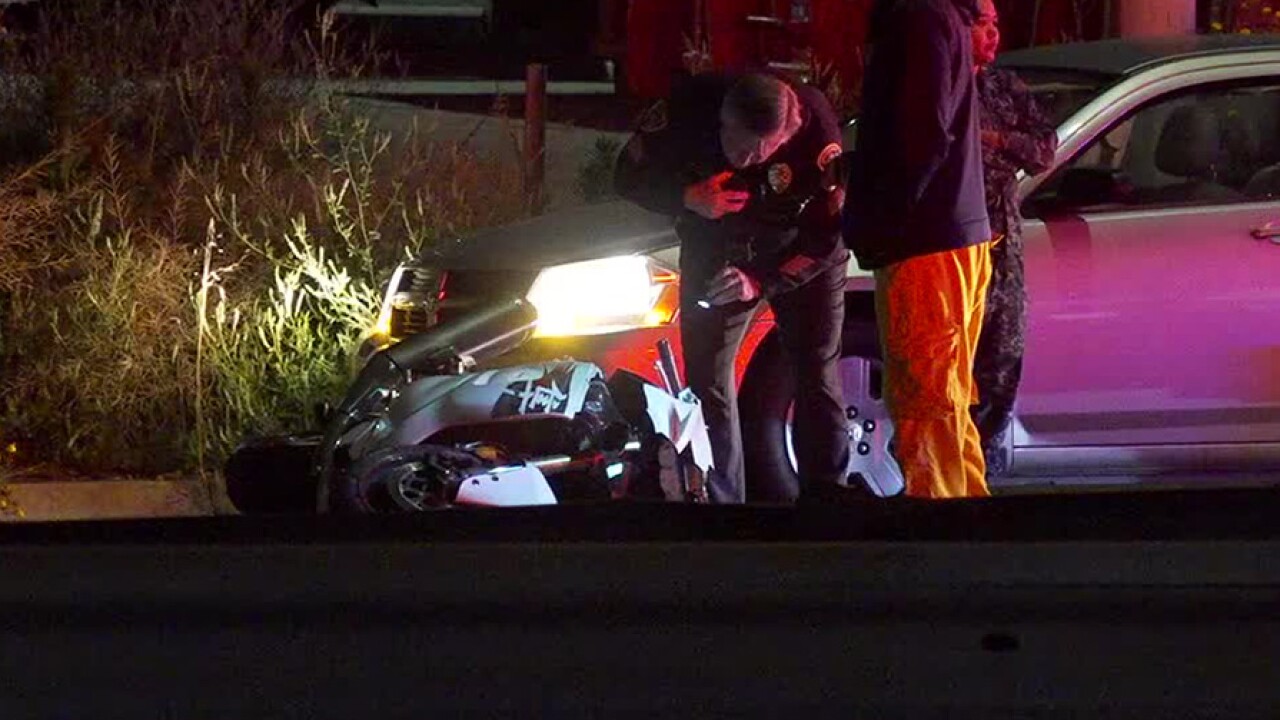 SAN DIEGO (CNS) - A motorcyclist was killed Tuesday morning in a collision with a car near an Interstate 5 offramp in the Middletown area between Little Italy and Mission Hills, police said.

The crash, involving a motorcycle and a Toyota sedan, was reported around 4:50 a.m. near the Pacific Highway offramp from northbound Interstate 5, San Diego police Sgt. Michael Stirk said.

The motorcyclist was pronounced dead at the scene, Stirk said.

No details about the victim or the sedan driver were immediately available.

Detectives from the San Diego Police Department's traffic division were investigating the circumstances leading up to the crash.