Motorcyclist dies after crashing into power pole in National City 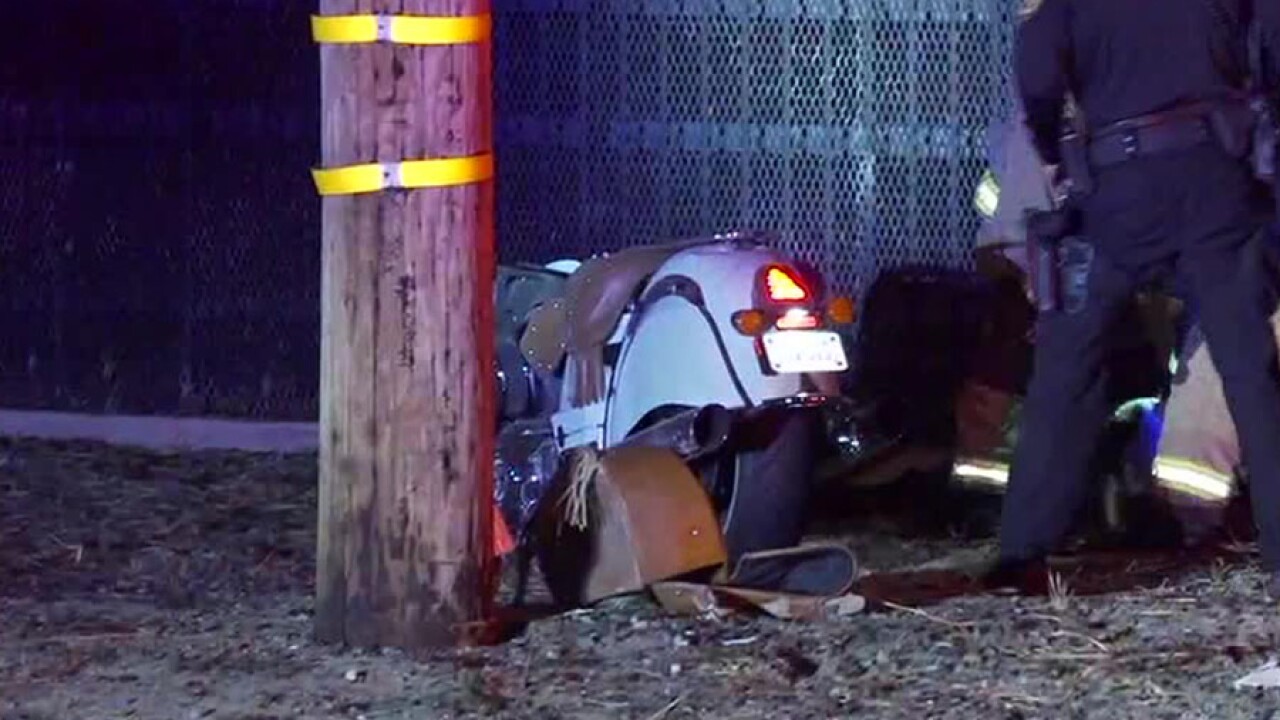 NATIONAL CITY, Calif. (KGTV) -- A motorcyclist was killed Wednesday evening after crashing into a power pole in National City, with the wreck leaving over 2,000 customers in the area without power.

National City police said the solo crash happened at around 10 p.m. in the 3400 block of Harbor Drive, near 8th Street.

According to police, the rider lost control of the bike for unknown reasons and slammed into a power pole, causing some electrical wires to come down.

The crash left the rider trapped under the bike, but responding emergency crews lifted the motorcycle off and dragged the rider away from the wreckage and power lines.

Authorities said the motorcyclist was unresponsive and was declared dead at the scene.

San Diego Gas & Electric was notified after the crash knocked out power for over 2,000 people.

SDG&E restored service for those affected by 4:30 a.m.