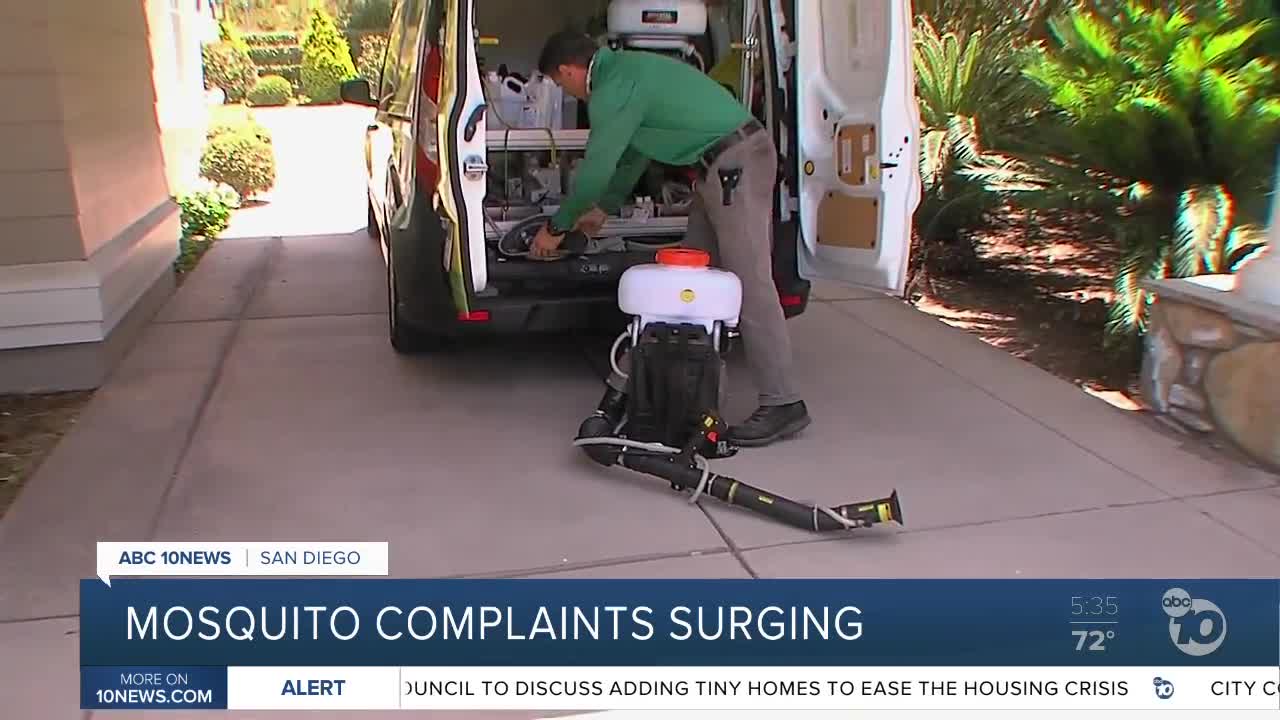 SAN DIEGO (KGTV) -- People living along the coast in north county say they can't remember the last time mosquitoes were so bad.

"Oh, we couldn't leave the house without them attacking us," said Mauro.

She hired Tony Gallardo of Mosquito Joe to spray her property.

"The last few weeks have been very busy. Basically, from the coastline all the way to Poway, the mosquito problem is pretty significant right now," said Gallardo.

"This is kind of a perfect storm in everybody is stuck at home now, they want to be outside. The kids are getting tired of being inside. You get outside the mosquitos are eating everybody up, they're breeding cause they have more food, strange way to put it," said Gallardo.

"A new spot showed up, and we didn't find until it was a wee bit too late. We do have it treated now, so it's going to be a one-time event," said Chris Conlan, the county's supervising vector ecologist.

Conlan said the recent high tides contributed to the increase in mosquitoes.

"Whenever we get a very high tide event, especially something like a King Tide, as the water recedes from those high tide events sometimes leaves standing pools, and this mosquito is very good at taking advantage of that," said Conlan.

Conlan said the Black Salt Marsh Mosquito doesn't transmit disease, but it's an aggressive "day biter," and can travel up to five miles.

Residents worried about mosquitos near their property should contact the county's vector control program.