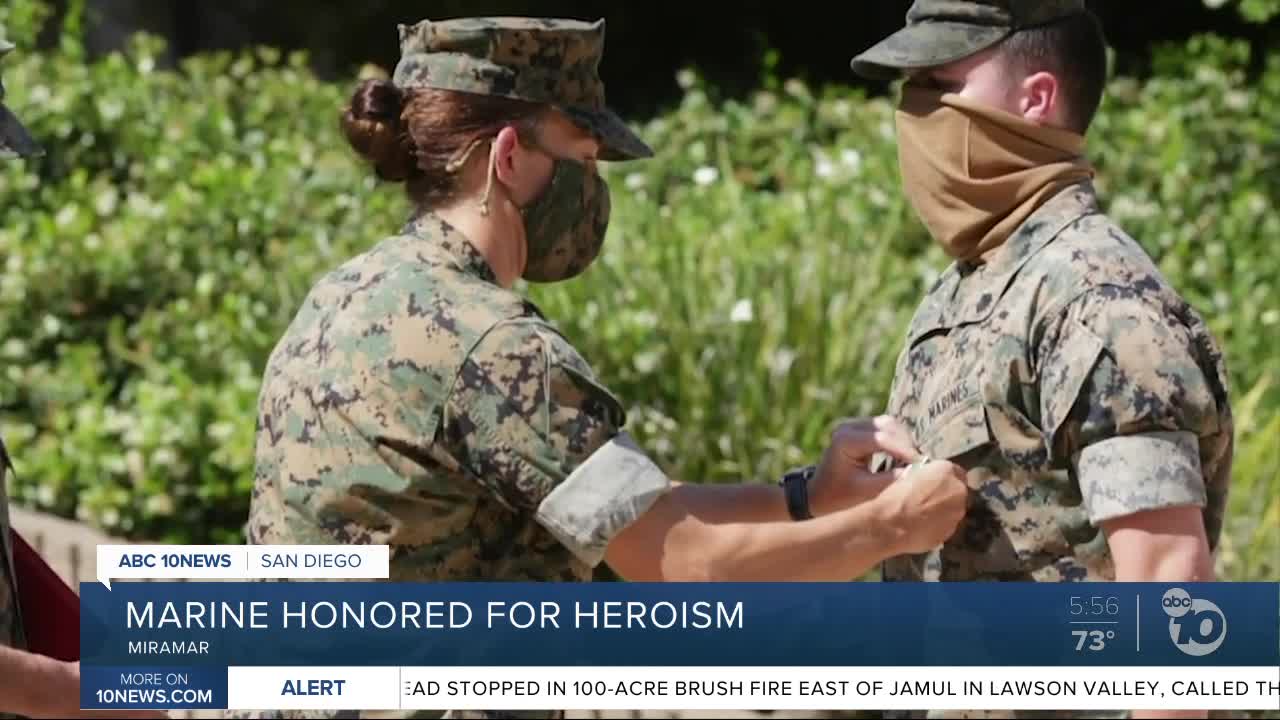 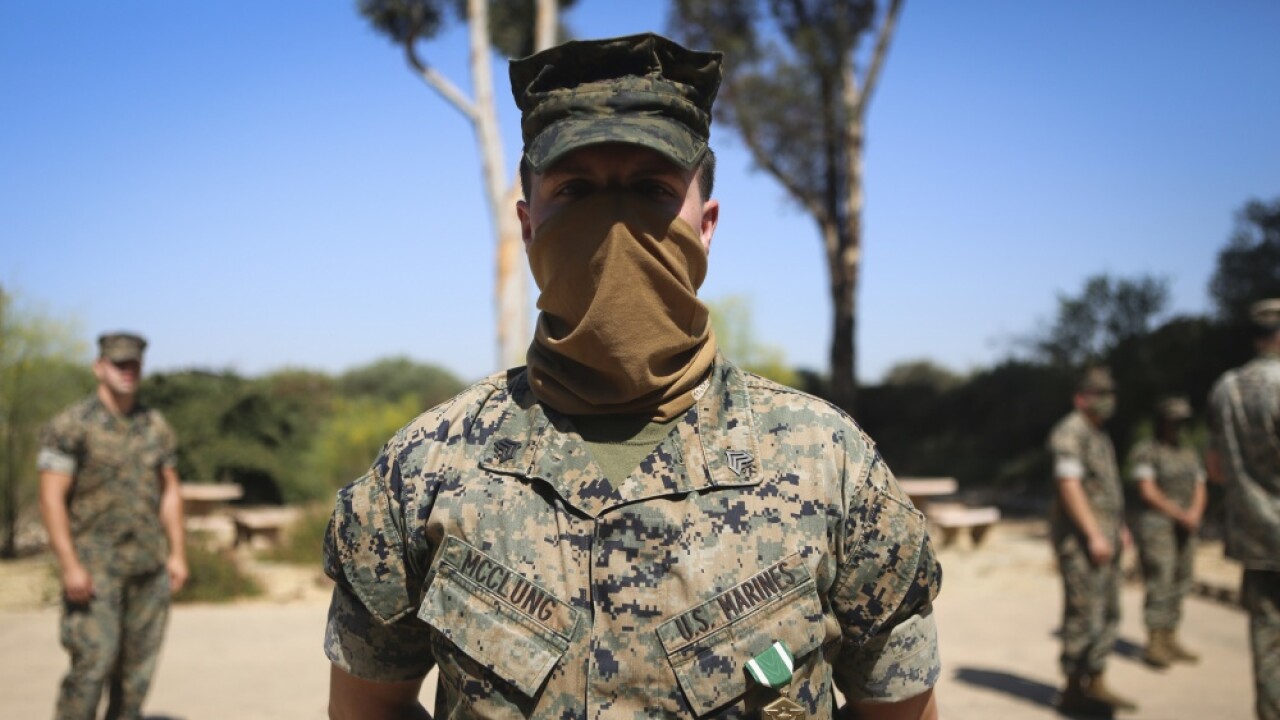 MIRAMAR, Calif. (KGTV) - A Marine was honored Thursday after disarming a gunman in the Chesterton neighborhood the week prior.

Sgt. Jake McClung received the Navy Commendation Medal at Marine Corps Air Station Miramar. According to the Navy and Marines Awards Manual, "It may be awarded to any service member who distinguishes themselves by heroic or meritorious achievement."

San Diego Police got a call at 6:18 p.m. on June 4 of a man armed with a rifle, pointing it at families and hitting cars with the gun near Linda Vista Rd. and Wheatley St.

McClung was driving through his neighborhood when he saw the man, identified as a Navy sailor in the police report, holding a rifle and threw a firecracker at his vehicle.

Sgt. McClung said he parked in his driveway and watched the man walk into the street and point his rifle at cars.

He said the man was acting erratically and that gave the man's wife and child a chance to get inside. McClung said he teamed up with the neighborhood security guard and walked up to the man, trying to calm him.

McClung said when he saw an opening he reached for the rifle and was able to disarm him, but he took a couple punches to the face, breaking his nose.

McClung said he and the security guard wrestled the sailor to the ground and handcuffed him before police arrived.

"I don't know if he had PTSD of not, but if he was suicidal I also wanted to protect him, because he had a gun, he was in the middle of the street. The security guard later told me he was about to shoot him, so if that would have happened, it would have cost his life too. Even though he was obviously in the wrong, we have to take care of our own and sometimes taking care of our own means protecting them from themselves," McClung said.

The struggle between McClung and the man happened steps away from a childcare facility and an elementary school that were set to open the next day.