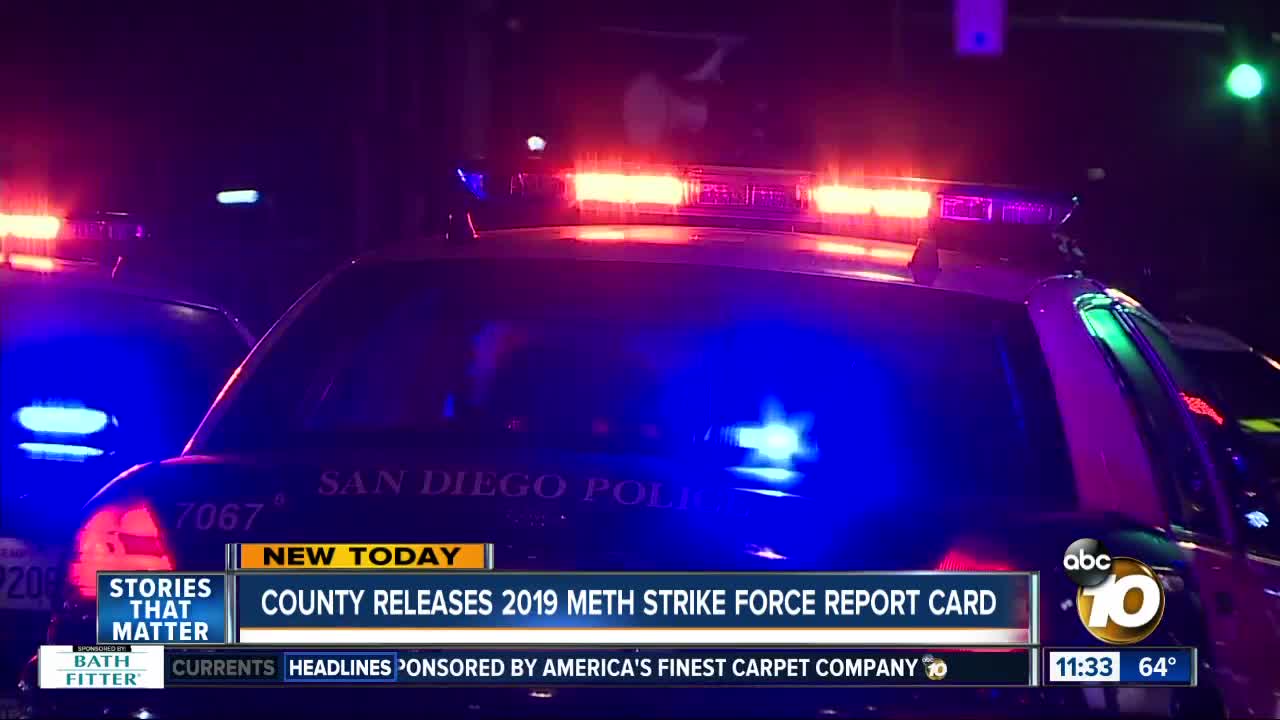 Newly released data reveals that in 2018 there were 483 unintentional methamphetamine-related deaths in San Diego County, an increase from the 368 in 2017.

SAN DIEGO (KGTV) -- Newly released data reveals that in 2018 there were 483 unintentional methamphetamine-related deaths in San Diego County, an increase from the 368 in 2017.

More than half of the men and women arrested for crimes in San Diego tested positive for meth use, the report card said.

"It’s the No. 1 issue in our county," said San Diego County District Attorney Summer Stephan. "It’s linked to so much violent crime, many of our homicides, and our elder abuse, and our child abuse are linked to methamphetamine."

In 2009, the number of unintentional meth-caused deaths was 89. In 2018, the number jumped to 328. These deaths include accidental overdoses where meth alone, or meth used with other drugs or alcohol, was a causative factor in death.

Officials with MSF outlined the dangers of meth use and said it is becoming easier to use as more and more comes into San Diego from Mexico.

It's also cheaper and more available.

So what's Stephan's answer to fixing the problem? Getting more people enrolled in drug treatment programs.

Full report can be found here.