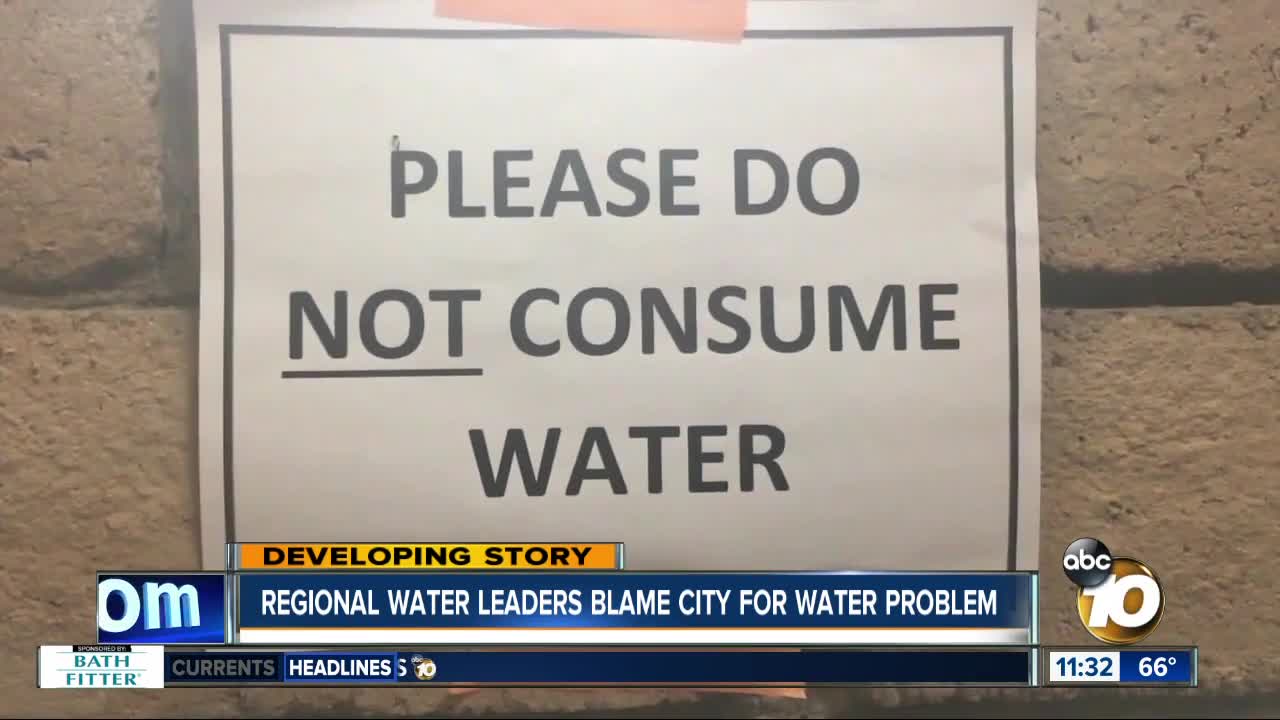 Regional water leaders say the City of Poway is to blame for its recent water issue.

Frank Hilliker, a member of the Lakeside Water District, said, “We’re here to make sure all of our constituents know and understand that we’re not asleep at the wheel.”

None of the districts the members represent were affected by the issues in Poway.

For nearly a week, Poway was under a boil water advisory after some residents noticed discolored tap water. Residents were forced to boil water or drink out of bottled water while the city looked to fix the problem.

During the seven days, restaurants were forced to close, and some even paid extra money for a modified permit that allowed them to operate.

City officials said the reason for the discolored water was because storm water got into the city’s water delivery system.

10News reached out to Poway Mayor Steve Vaus for comment on Tuesday’s news conference but were told a City Council member who’s the Poway representative for the County Water Authority will be responding to those claims.