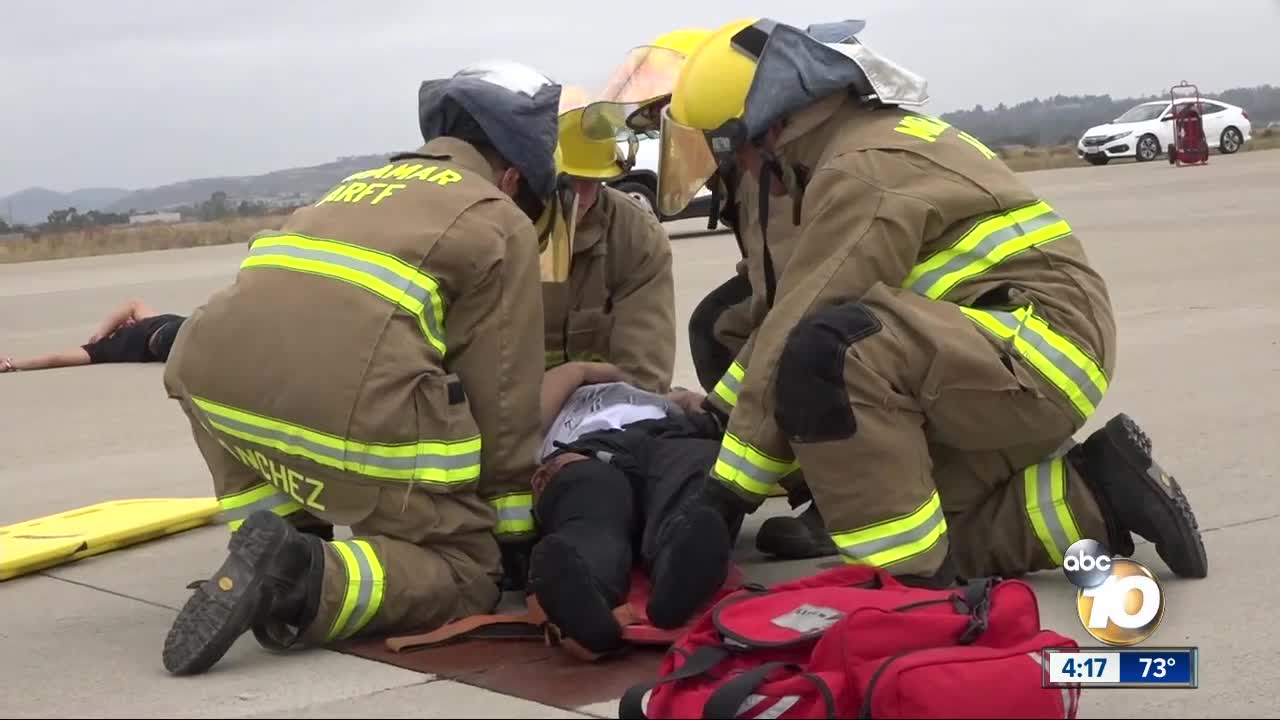 Every year, the military and first responders hold a drill at MCAS Miramar ahead of the Miramar Airshow for responding to a aircraft crash. 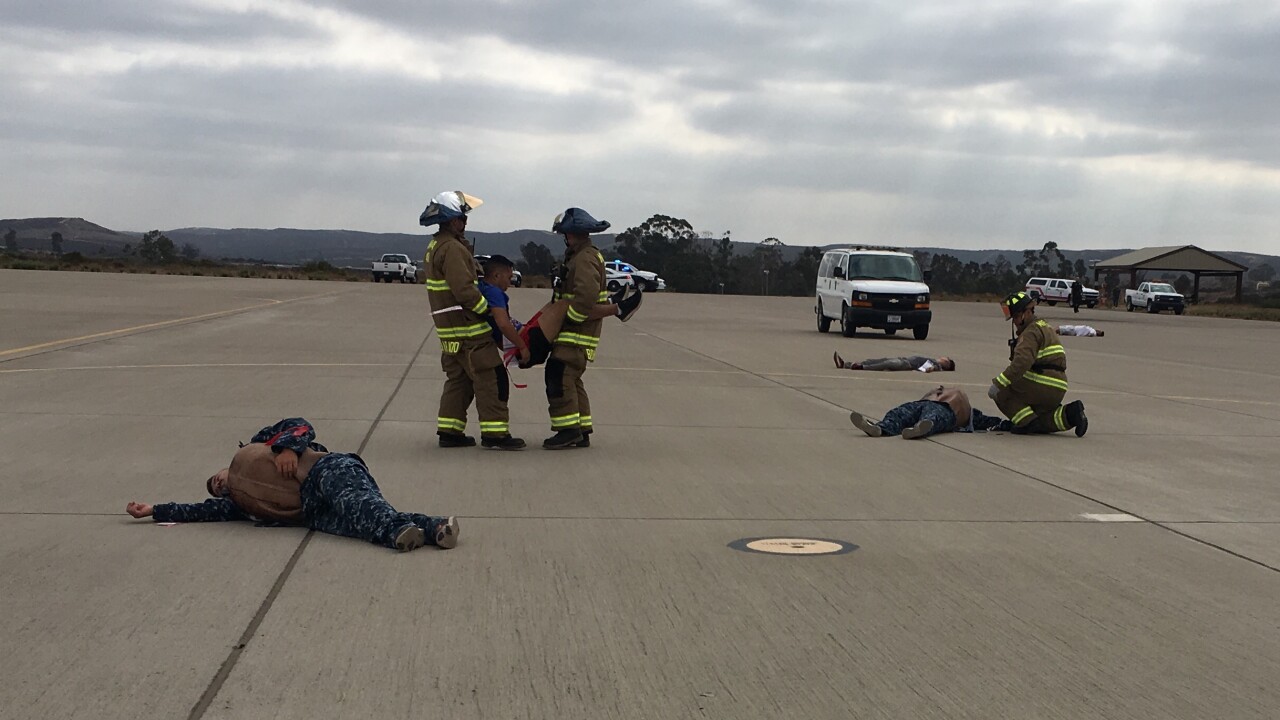 The scenario, centered around an F-35 crashing off the end of the runway into the crowd, included about 20 people playing the part of the injured, complete with fake blood and shrapnel wounds.

"Getting everybody together is very crucial because one fire department, or one hospital, or one ambulance company cannot handle a large scale incident with a lot of patients," MCAS Miramar Fire Captain Paul Jacobs said.

The importance is paramount as accidents have happened in the past. In October of 2004, a stunt pilot completed a loop too low and crashed into the flight line, wrecking the plane and ultimately killing the pilot.

The base is also set to receive several F-35 aircraft this January.

The annual drill helps the base, military personnel, firefighters and local ambulance companies work together and see if there are any weak points. Coordinating resources and communication are two key factors in the drill.

The drill also highlights the air show's theme, "Salute to First Responders," as it illustrates how crucial personnel are when disaster strikes.