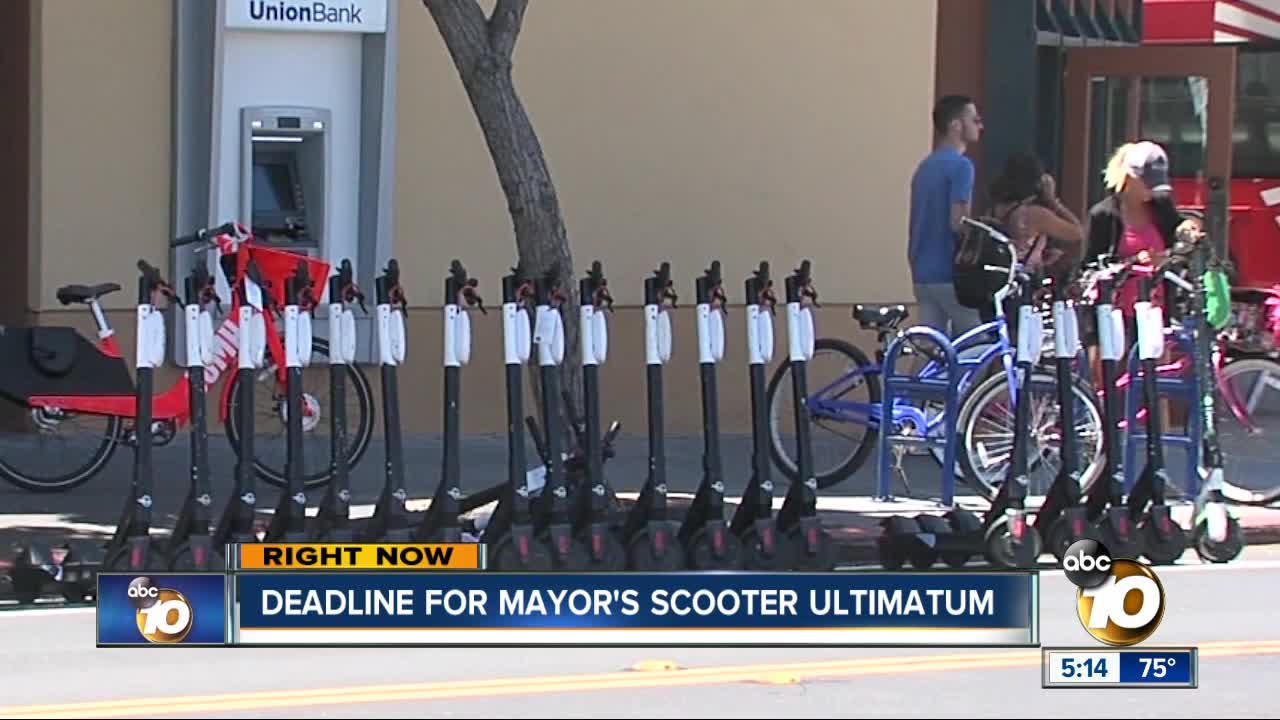 Scooter companies were ordered to comply with the ordinances. 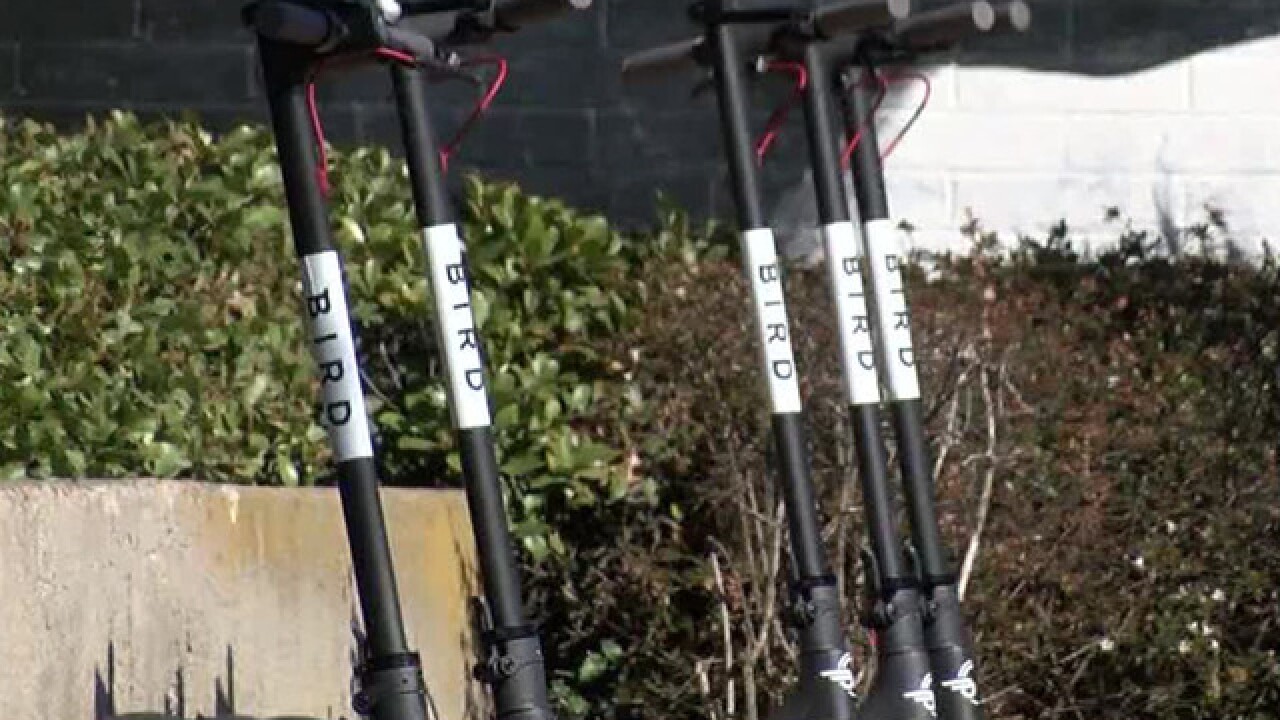 The city is cracking down on its scooter regulations and making sure riders are not able to go above certain speed limits and are parking in the proper areas.

After the mayor tweeted and announced the 10-day deadline for the scooter companies, he had crews head out to Pacific Beach, Ocean Beach and Mission Beach to check parking corrals.

SD’s new scooter regulations are in place and we’re serious when it comes to enforcing rules that keep operators honest and users safe. We’re holding scooter companies accountable and bad actors will no longer be allowed to do business in San Diego. To that end …

.@BirdRide has violated geofencing requirements in nine different locations across the city, with @Lyft and @LimeBike doing so in seven locations. This is unacceptable. Each has been ordered to comply by July 29 or cease operating in San Diego. pic.twitter.com/sPC6wXu9vP

Each parking corral is identified on the street specifically for electric scooters.

While in Pacific Beach Monday, residents noticed scooters on the sidewalk. While the city may be painting parking corrals, some residents don't trust riders will drop them off in the designated areas.

One man who has lived in Pacific Beach for 20 years told 10News the employees in charge of re-charging the scooters comply, but the riders do not.

Meantime, people who enjoy the scooters say it's not a lot to ask riders to follow the regulations as well.

"If you want to ride them and continue to ride them, it's not that hard to park them in the little squares," one rider said.

The city of San Diego impounded thousands of scooters during Comic-Con, with high fees imposed on scooter companies. For example, Bird had 1,035 scooters impounded, which ended up being a $67,275 fine.

After Comic-Con, the number of scooters impounded for being parked in the wrong area decreased significantly.

The city is hoping with the corrals and an effort to avoid fees, the companies will follow regulations for speed, parking and geofencing.

In a statement Monday evening, the mayor's office said: "All Shared Mobility Device Operators that received a Notice of Violation have responded that they are in compliance. City staff will be monitoring and testing geofenced areas throughout the week to ensure compliance is occurring. If the City finds that one or more operators are not in compliance, staff has been directed to revoke permits per the Municipal Code [docs.sandiego.gov]."