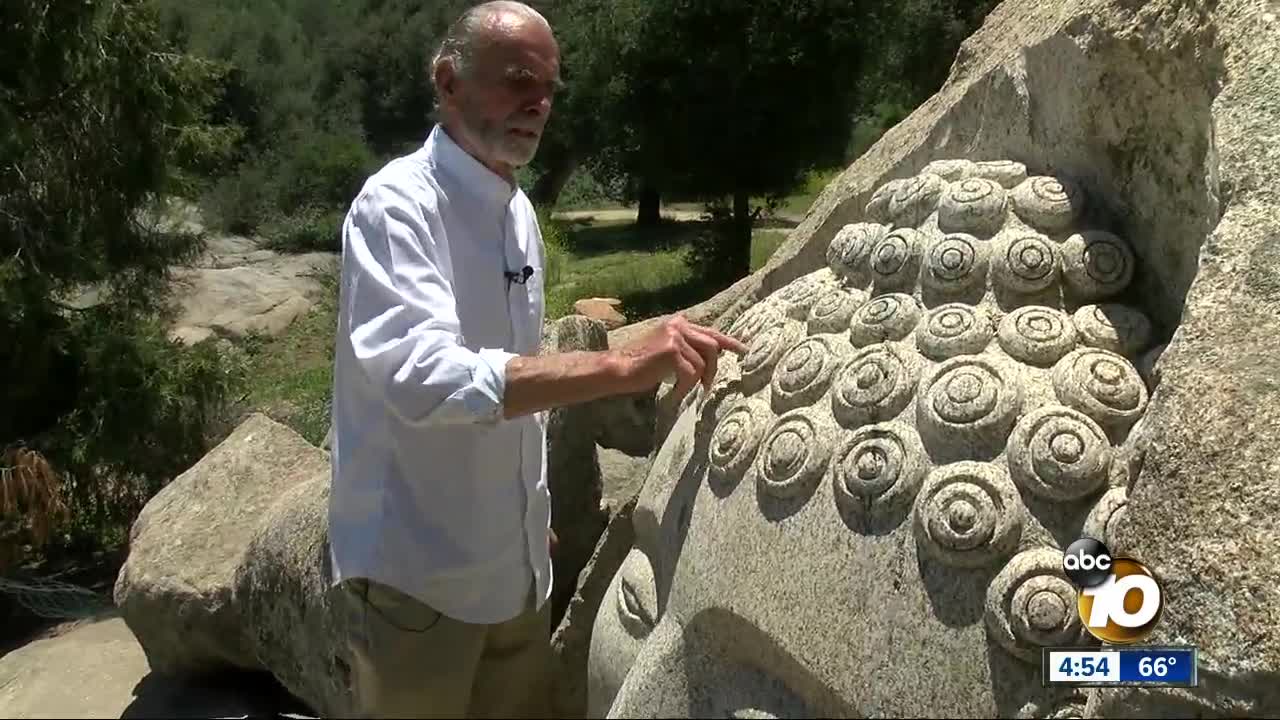 DESCANSO, Calif. (KGTV) — A Descanso man has finished carving a Buddha statue into a granite boulder in his backyard.

“Buddha is in every tree just looking at you like every rock,” said artist Duncan McFetridge. “It’s connected to our saving our environment — all life is sacred.”

Duncan McFetridge says it took six months to carve the 6-foot tall Buddha into the granite.

“It occurred to me that this was a perfect time and place to carve a representation of Buddha,” added McFetridge, who was heavily involved in the preservation of the Cleveland National Forest.

He estimates he chipped away more than 750 pounds using a combination of hand tools and power tools on the stone carving while working in 4-hour increments every day.

“These are incredibly difficult,” said McFetridge pointing to cinnamon roll-sized circles adorning the carving's head, “each one takes about a day.”

The 78-year-old says someone recently visited and figured out the Buddha carving faces due east, sticking with an ancient tradition of Buddha statues facing east to represent the moment of the enlightenment.

“I didn’t know, I was totally unconscious of this,” said McFetridge, who adds he just picked the rock face because of its accessibility.

McFetridge says hundreds have already inquired about visiting the statue to which he says he encourages it.

“The Buddha wants to be known,” said McFetridge.