Marine veteran fighting to re-enter US to see family 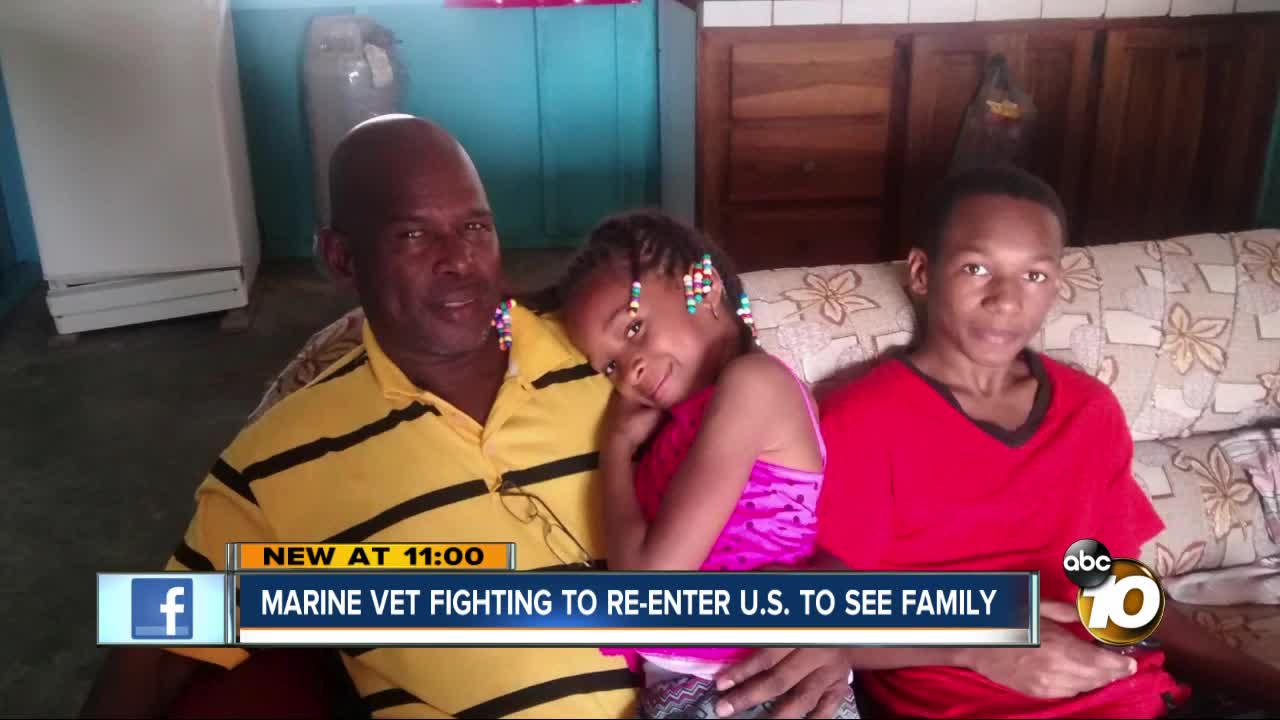 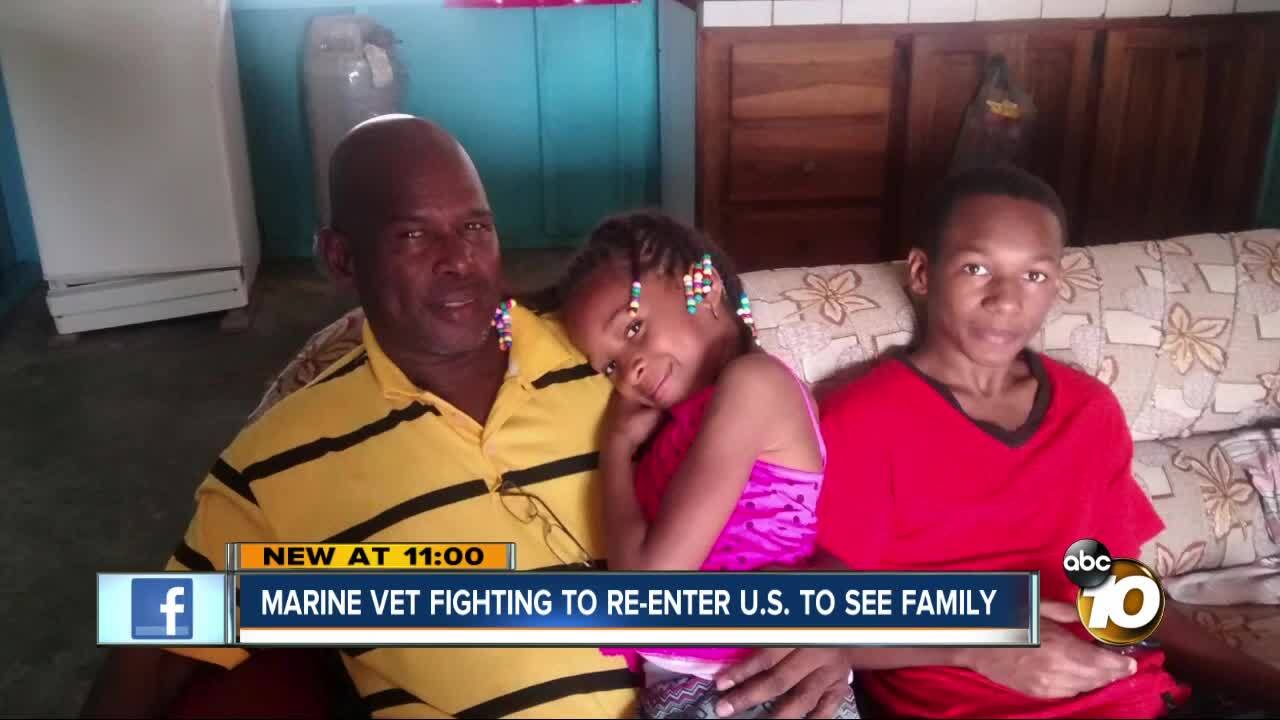 SAN DIEGO (KGTV) - A Marine Corps veteran has waited nearly 11 years to see his family, but a reunion with his loved ones has been put on hold.

Roman Sabal thought he had the green light to re-enter the U.S. on Monday, but he was turned away at the border. He and his attorney are not sure of what happened, but it seems that the proper channels did not have the appropriate paperwork to give him clearance.

Sabal, a citizen of Belize, said he was scheduled for a naturalization interview in San Diego Monday. He was stopped at the border when he tried to enter from Tijuana.

In 2008, Sabal left his wife and two kids in Jacksonville, Florida, and headed back to Belize to get what he called traditional treatments for his diabetes. Instead of insulin and pharmaceuticals, he began taking herbal medicines.

While he was away, a deportation order was made.

Sabal said a few years ago, immigration officials asked him to report to Los Angeles for his naturalization interview. But he couldn’t get to the appointment because he was in Belize and wasn’t granted a visa.

Last year, after getting better through his treatments, he wanted to return home to his family.

After getting legal help, it seemed like he was ready to be allowed into the U.S. for his naturalization interview, but he was stopped at the border instead.

Sabal hopes it will get sorted out in the next few days.

“I had willingly put my life on the line for the United States of America and now they’re turning their back on me,” he said.

10News reached out to officials with Immigration and Customs Enforcement and U.S. Customs and Immigration Services (USCIS). They have not returned 10News’ request for comment.

USCIS told the San Diego Union-Tribune that they could not comment on the matter, citing privacy concerns.