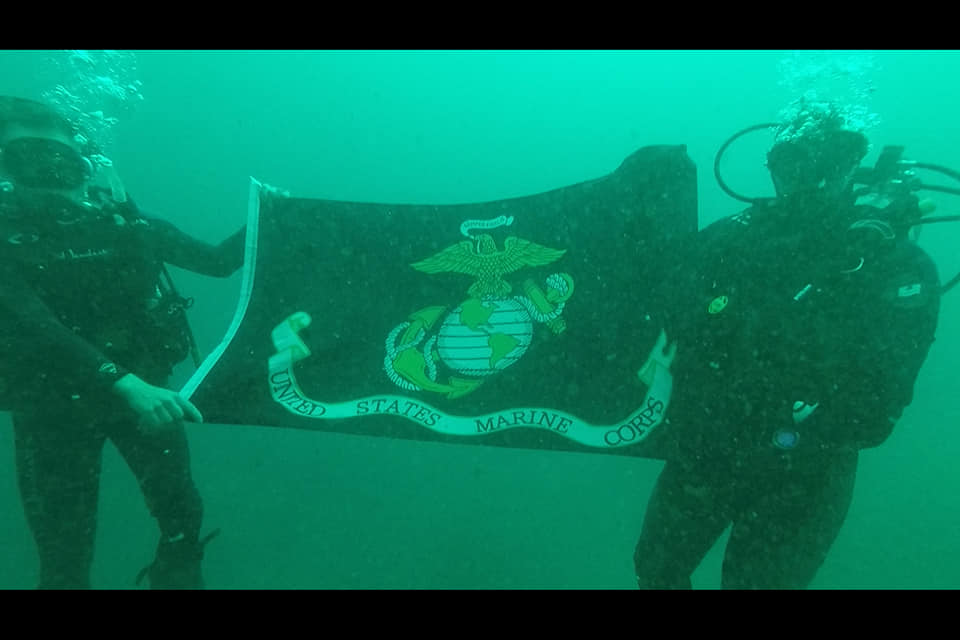 The nine service members were killed when an AAV sunk, so the divers brought flags to the bottom of the ocean to honor them.

SAN DIEGO, Calif. (KGTV) - After serving active duty in the Marine Corps from 2013 to 2017, Cole Lawton pictured himself when he heard the news that nine service members had died in a routine training incident involving an AAV.

Lawton said he has been inside an AAV and can imagine the terror those eight Marines and one Sailor must have felt in the moments when the AAV sunk.

“I couldn’t help but imagine myself when I was in those amtracs if the same thing had happened to me … and that’s a nightmare,” he said.

Lawton also is a lover of the ocean and has a passion for diving, so he wanted to pay tribute to the nine lives lost using his skills. He and a group of friends took an American flag and the Marine Corps flag diving and took photos with the flags in the deep water.

They posted photos with the caption “In memory of the Marines and Sailor of 1/4 who's amphibious vehicle sank to the ocean floor, we raised the colors at sea to show even 130 feet underwater, freedom still rings. Gentlemen, Marines have officially taken Davy Jones Locker.”

The post exploded online and as of Sept. 11, had been shared more than 13,000 times. Family of the nine people killed even commented, thanking the divers for their tribute.