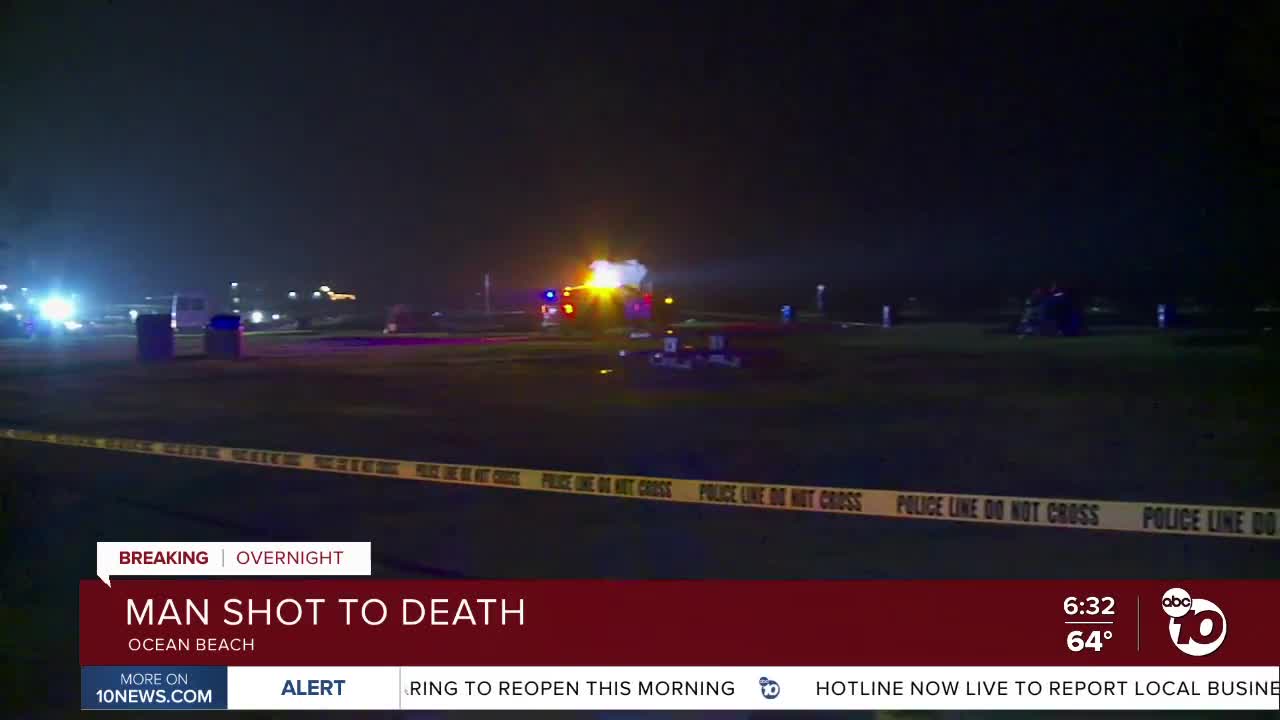 A man was killed early Tuesday morning after police said he was shot multiple times in Ocean Beach.

According to San Diego police, gunfire was reported at around 1 a.m. on the beach by Lifeguard Tower No. 2 near 1900 Abbott Street. Witnesses reported hearing as many as four shots fired, ABC 10News learned.

Responding officers arrived at the scene to find an unidentified man with at least one gunshot wound to his upper body.

Despite life-saving measures, the man was declared dead at the scene. The victim was described by police as a man in his 50s or 60s, and witnesses believe he was homeless and frequents the Ocean Beach area.

Officers are searching the area for the gunman, but a detailed description of the suspected shooter was not immediately available.