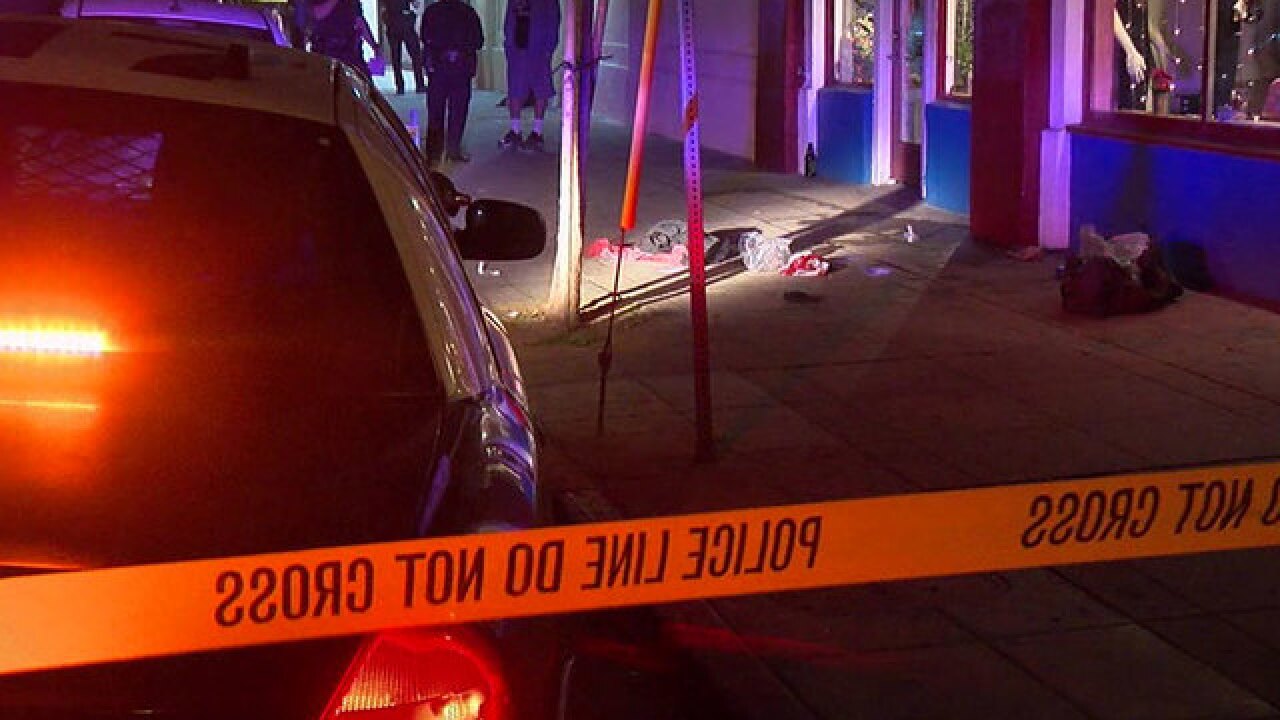 SAN DIEGO (CNS) - A 21-year-old man who fatally stabbed a transient in Ocean Beach was sentenced today to 15 years to life in state prison.

Noah Mitchell Jackson, 21, was convicted earlier this year of second-degree murder for the June 22, 2017, killing of 65-year-old Walter ``Ras'' Riley, an Ohio native nicknamed ``the Incense Man'' due to his practice of selling aromatic burning sticks at local farmers' markets.

Officers sent just before 12:30 a.m. to the 1900 block of Bacon Street found Riley lying on the sidewalk with stab wounds to his upper body. He was pronounced dead at UCSD Medical Center.

Deputy District Attorney Michael Reilly said the victim was stabbed five times, with the killing blow entering his back, breaking several ribs and puncturing his heart.

Jackson confessed to a friend that he stabbed Riley, according to the prosecutor, who said Jackson told the friend, ``I got that guy. I stabbed that (expletive).''

``Those are the words of a murderer,'' Reilly told jurors.

Reilly said that some time after the killing, Jackson had a friend drive him to Kellogg's Beach, where Jackson threw the murder weapon and his cellphone into the water. Police divers were not able to recover the knife or the phone.

Jackson's attorney, Eugene Iredale, alleged the friend was pressured by police to incriminate Jackson and was offered immunity for his testimony in the trial.

According to Reilly, Jackson told police that he was home and asleep by 9:30 p.m. the night of the stabbing, but later confessed to another friend that he lied to police and went back out to confront the victim, though he denied fighting or stabbing him.

The prosecutor alleged that Jackson also told the friend that he ``handled'' the victim because Riley had previously spat on Jackson's sister and insulted her. However, Iredale denied this suspected motive, as he said his client had substance abuse problems that led him to make several ``completely random statements'' to friends following the date of the killing. The attorney said the spitting incident involving Jackson's sister never occurred and ``God only knows'' why Jackson said it had.

Iredale said police originally had 20 to 30 suspects, but centered on Jackson due to a 911 call made about 90 minutes prior to Riley's stabbing.

In that call, a recording of which was played for the jury, the mother of one of Jackson's friends said Jackson was at her home displaying erratic behavior and saying he wanted to commit suicide. He'd just gotten into an argument with his girlfriend, then left the house, she told a dispatcher.

Iredale alleged the clothing description she provided police -- a white sweatshirt and jeans -- vaguely resembled the attire of a suspect captured on surveillance footage running through Ocean Beach following the killing. That footage was publicly released shortly after Riley's death.

Iredale said the man in the footage was Riley's killer, but looked nothing like his client.

Jackson was arrested in Huntington Beach in February 2018 by SDPD detectives with the help of local police and the U.S. Marshals Service.